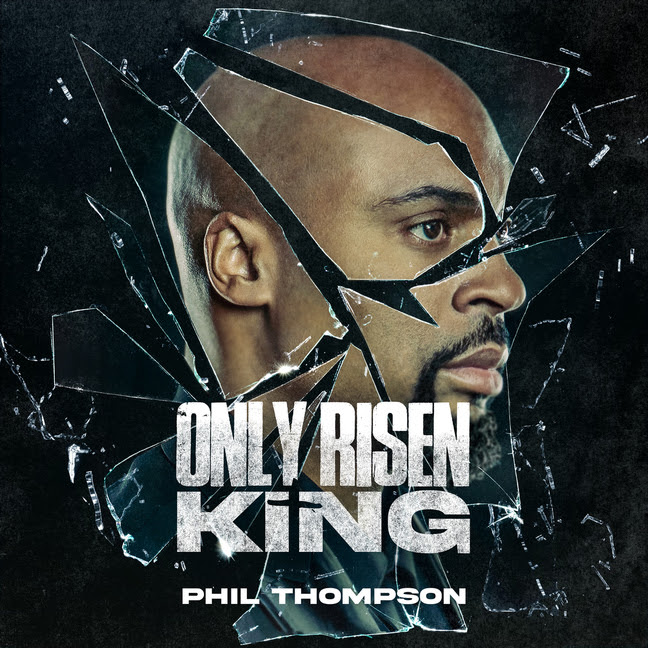 On Friday, worship artist and songwriter Phil Thompson released his latest single, "Only Risen King," with Integrity Music. Accompanied with a live performance video, "Only Risen King" will be featured on Thompson's sophomore album, “Lion of Judah,” slated to release July 23 (available for preorder). This latest release is the third leading up to the album, following "Jesus" and "Constant Mercies."

Thompson, who wrote the song with Nathaniel Smith, shared, "There’s a boldness that comes with knowing who you are. There’s a boldness that comes from knowing your identity in him. My favorite type of boldness is when you’re standing on his word. That type of boldness and confidence is unbreakable when you understand the nature of the father, and how lying is not in his makeup, that true rest comes from trusting God. This song is braggadocios in a hip-hop way. But we obviously aren’t boasting about ourselves, we’re boasting about our father. The point of this song is to be in your face. Sorry but not sorry!"

Lyrics from “Only Risen King” state, "I won’t be ashamed to declare the praises Of my God, the risen King/The One who gave His life for me/Name above all names Who came to break the chains/The God who sets the captives free, His love will always fight for me/We are not ashamed to declare Your glory and Your majesty/You’re the only risen King/When I call Your name all the earth will tremble and the darkness must flee/You’re the only risen King."

As Thompson put it, “The mandate is clear. I feel the Lord’s call on my life to lead people into his presence – to lead them to worship.”

Standing before diverse bodies of around the world, Thompson’s sincerity possesses the uncanny ability to reach people just where they are while leading them to the throne of grace.

In 2017, Thompson stepped forward from behind the pen and committed to one goal: worship. The world immediately took notice of his authentic heart as the live session video for “My Worship” garnered over 1 million views within just two months. Just over a year later, it has more than 12 million views. The full project was released spring 2018 and reached No. 1 on Billboard charts, garnering both GMA Dove Award and Stellar Award nominations. Within the year, Thompson has crisscrossed the globe worshipping throughout Ghana, Nigeria, the U.K., the Netherlands, Canada and the Caribbean Islands.

A press release stated, “As he preps his sophomore season of songs and once again transcends world borders, Thompson desires nothing more than to remind believers far and wide that God’s grace is boundless, and his love is ever-present. Be sure to visit PhilThompsonWorship.com to find out more.”