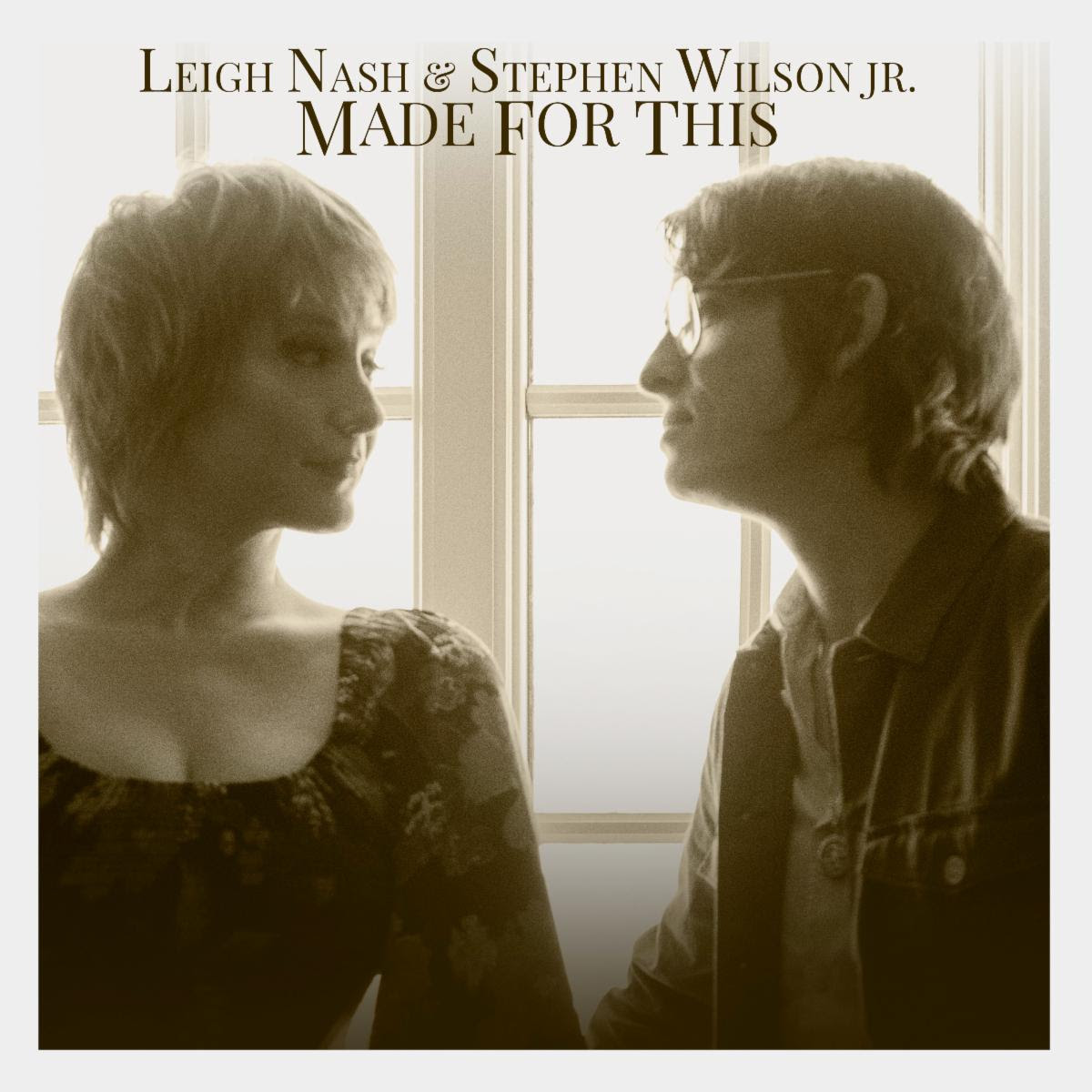 Leigh Nash and Stephen Wilson Jr. get real about relationships in 'Made For This'

Leigh Nash and her husband, Stephen Wilson Jr., are pulling back the curtain on the often-bumpy journey of marriage in their new song, “Made For This.” The Nashville-based couple penned the intimate track a few months into the COVID-19 quarantine.

“I wrote this song about the pandemic at first, but I realize it’s actually about all of us: the struggles we go through in everyday life, and the ability we have as humans to be truly resilient,” Nash said. “The pandemic simply served to put a magnifying glass on it and forced us to examine ourselves – and each other – more closely.”

Wilson said, “The pandemic wasn’t easy on any relationship at times, I’m sure. We were no different. This song came from a very raw place. We love like hell and fight like hell, too!”

Set against a pounding heartbeat of drums, “Made For This,” produced by Grammy-nominated Butch Walker (Fallout Boy, Rob Thomas), takes listeners on a ride through the emotional ups and downs of daily life. These scenes play out in the video – a constant flow of everyday moments culminating in a choice: Stick it out or pack it all up.

A couple with a self-described “fiery relationship,” the pair was inspired by an article about Jamie Lee Curtis and Christopher Guest’s marriage that discussed how, in any relationship, if one stays on the bus long enough, the scene will change.

Nash recently signed with Nashville-based Visionary Media Group, who produced the “Made For This” video. The Grammy-nominated lead singer of Sixpence None the Richer, Nash has released three prior solo albums, with a new full-length release planned for this fall that is filled with notable collaborations.

A childhood Golden Gloves boxing finalist, Wilson taught himself to play guitar as a teen. He turned from boxing to microbiology after graduating from MTSU before finding his home in music, touring and playing with his indie rock band, AutoVaughn. He soon left the road and settled in Nashville, working as a food scientist by day and musician by night. In 2016, Wilson signed a publishing deal with BMG Nashville and focused all his energy on making music. He has had songs recorded by Old Dominion, Brothers Osbourne, Tim McGraw and Trace Atkins, among others, and is now releasing his own music that reflects upon his life and explores the entire emotional spectrum: fear, joy, nostalgia, empowerment, remorse.