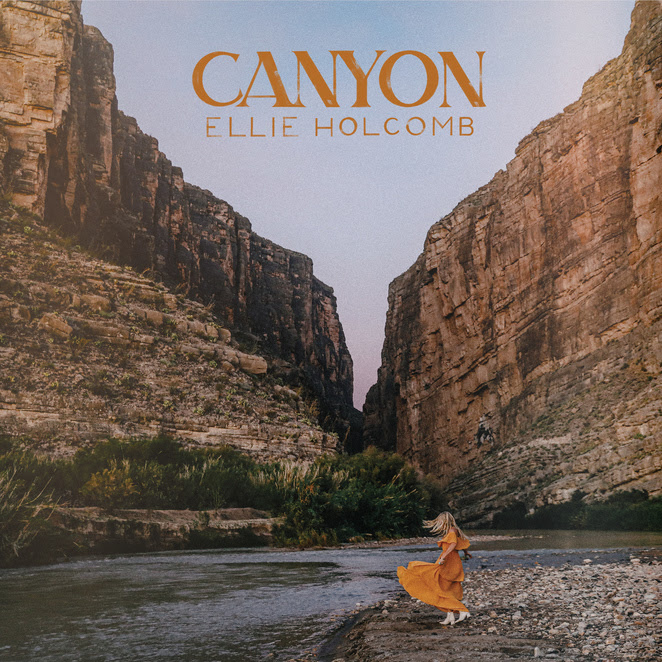 Singer-songwriter Ellie Holcomb released her third studio LP, “Canyon,” Friday in partnership with Capitol CMG. This hope-filled album showcases an all-star team of co-writers such as Natalie Hemby, Bear Rinehart of NEEDTOBREATHE, Thad Cockrell, David Leonard and Jon Guerra. It was produced by Cason Cooley and executive produced by her father, Brown Bannister. “Canyon” is a record about a deeper sorrow and a higher hope. Click here to listen to the full-length album.

"To be human is to be broken," Holcomb shared about the central theme flowing throughout her album. "We all know what it is for our hearts to be split wide open like a canyon by the pain and loss and sorrow we encounter here. I spent a lot of my life trying to pretend like I wasn’t broken, trying to ignore some of the deepest wounds in my own story and some of the deepest wounds in the world around me; but what I encountered as I began to lean into these broken places was the nearness, kindness and empathy of God, who sent his son to break for us, so we could know that our brokenness is never the end of the story."

Early feedback on the album showcases the strength of the messages in Holcomb's songs. Outlets such as American Songwriter have highlighted the heart Holcomb vulnerably shares with the listener in an interview posted this week.

Her debut radio single is "I Don't Want To Miss It," which is currently in the Top 30 on the Billboard Airplay chart and Top 25 the AC Indicator chart with 38 stations on the song. The official video has more than 110,000 views on YouTube. Leading up to this release, Holcomb has debuted videos, some of which were taped in the Santa Elena Canyon in Big Bend National Park.

Fans can catch Holcomb this fall during special performances. She will be joining Lauren Daigle for her world tour on select dates in September. She will also appear with Drew Holcomb & The Neighbors for their own famed festival, Moon River Music Festival, returning in September. And she will have her Ryman Auditorium solo debut on Aug. 19.

"A deeper sorrow, a higher hope; to be broken is to be human," Holcomb said to sum up the content of her latest album, “Canyon.” For eight years, she recorded and toured full-time with her husband's band, Drew Holcomb and The Neighbors, before stepping off the road when her first child was born. Her solo debut, “As Sure As The Sun” (2014), landed her a Top 10 hit at Christian radio with "The Broken Beautiful" and a GMA Dove Award for "New Artist of the Year." Her critically acclaimed sophomore LP, “Red Sea Road,” followed in 2017. In subsequent years, Holcomb has released two children's books – each with a companion EP of original music written specifically for kids, the second of which earned her a Dove Award for "Children's Album of the Year," in 2020.