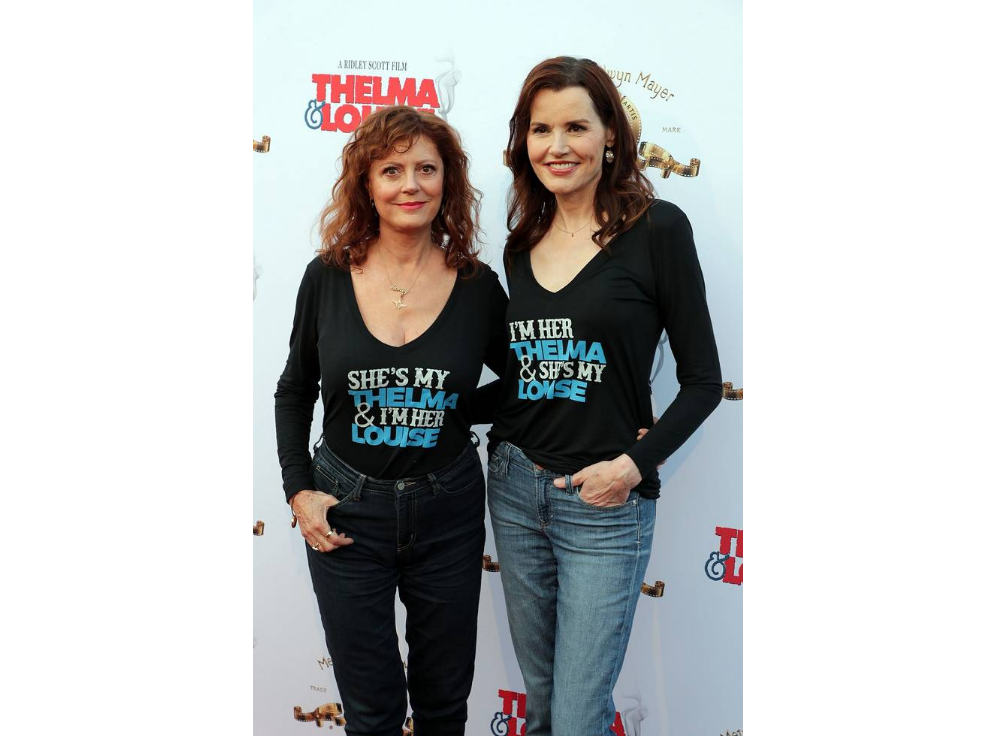 Over the weekend, MGM celebrated the 30th anniversary of “Thelma and Louise” with a special drive-in screening and Q&A with stars Susan Sarandon and Geena Davis, plus the film’s screenwriter Caillie Khouri. Davis and Sarandon also posed for pictures with the film’s Ford Thunderbird, courtesy of the Petersen Automotive Museum Foundation.

The event was hosted in partnership with Cinespia. A portion of the proceeds will benefit the LA Regional Food Bank and The Geena Davis Institute On Gender In Media.

Directed by Ridley Scott from an Oscar-winning screenplay by Khouri, “Thelma & Louise” has been hailed as one of the best road movies of all time. Sarandon and Davis star as accidental outlaws on a desperate flight across the Southwest. With a determined detective (Harvey Keitel) on their trail, a sweet-talking hitchhiker (Brad Pitt) in their path and a string of crimes in their wake, their journey alternates between high-speed thrill ride and empowering personal odyssey.

Originally released May 24, 1991, “Thelma & Louise” was nominated for six Academy Awards and went on to earn $45 million at the box office ($92 million when adjusted for inflation). 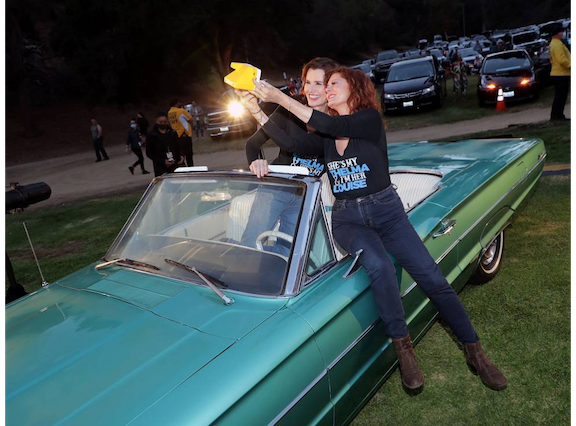 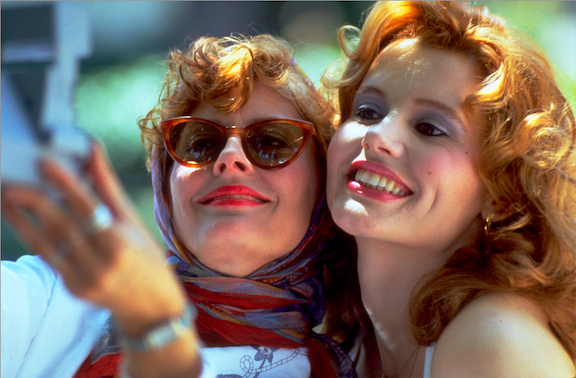