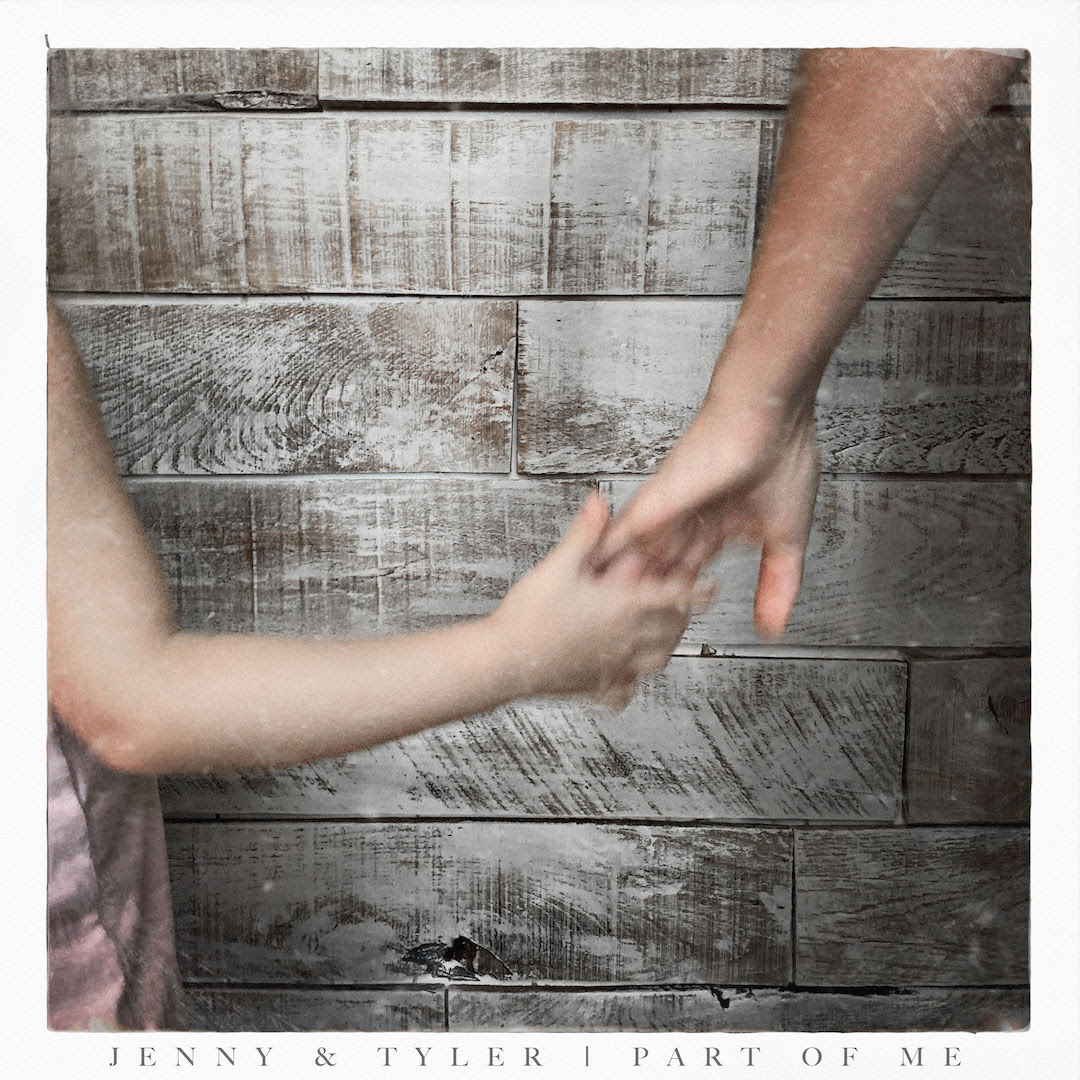 Jenny & Tyler pay homage to family with endearing 'Part of Me'

Acclaimed folk/pop husband/wife duo Jenny & Tyler return with the very personal “Part of Me,” inspired by their two oldest daughters, Jane and Sara. The song was penned by the duo’s Jenny Somers while processing her children’s response to the events and challenges that have marked the past year.

“One day Jane and Sara left school and, without warning, never went back,” Jenny said, recalling the uncertainty at the onset of the pandemic. “They didn’t have a chance to say goodbye to their teachers and friends. They didn’t get to go to their friends’ birthday parties or have parties of their own. Dance class became virtual. Everything changed. Emotions ran high at home as they tried to navigate their grief and anxiety as young children.”

She noted, “Jane, who turns 8 next month, was particularly affected. Suddenly, she realized that there is a lot of darkness in the world. In addition to the virus, racial injustice unfolded before her eyes and she tried to make sense of the violence and the deep hurt that many of her friends were feeling and continue to feel. And then the election happened, and she saw even more division. She decided to put her emotions into action and planned a socially distanced cookie sale to help the homeless here in Nashville. Our community was incredibly supportive, and Jane raised $1,000 for the Nashville Rescue Mission. My three girls (and baby boy) continue to inspire me to press on through the hard things, dream big, and do the next right thing.”

She added, “I’m a songwriter and, when I see my children hurting, I write. When I see them doing great things, I write. I wrote this song for them because I want them to know that I see them. I see their big emotions. I see how hard the past year has been. I see their strength. I see them overcome. We’re going to get through this together. We are a part of each other.”

“We wanted the ‘Part of Me’ music video to capture what life has looked like this past year,” added Tyler, who also produced the recording. “For many of us, it meant staying home, wearing masks, and going to virtual school. This video feels special to us because it documents our family’s life, but also offers glimpses of other families and individuals. One of my favorite moments is the dad giving his son a haircut while he’s watching a show in the kitchen; mom and sister are busy; and there’s a pull-up on the counter. That’s real life. That’s love.”

Jenny & Tyler have toured with such artists as Sara Groves and Brandon Heath; have been spotlighted on Andrew Peterson’s popular “Behold The Lamb Of God” Christmas Tour; and their songs “As Long As Our Hearts Are Beating” and “This Is Just So Beautiful” were featured on the hit television series “Pretty Little Liars.” The couple has released multiple critically lauded studio recordings, including 2010’s “Faint Not; Open Your Doors” (2012); “Of This I’m Sure” (2015); and “There Will Be A Song” (2018), along with four EPs and a Christmas album. Their upcoming release will be a collection of lullabies. Jenny & Tyler regularly perform around the country at colleges, churches, homes and festivals, and they support the work of International Justice Mission (IJM) to fight human trafficking.