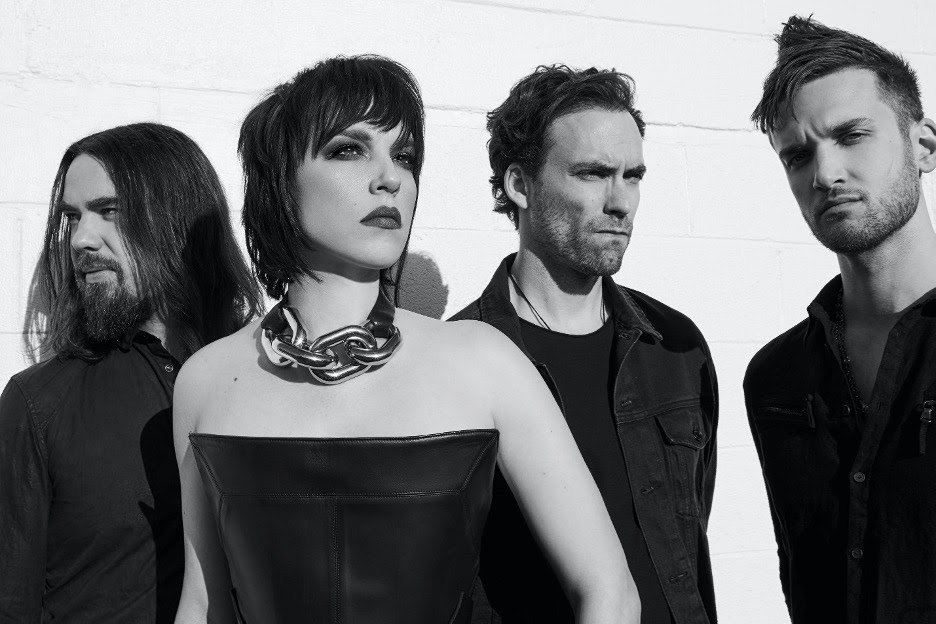 Halestorm to perform at Artpark

Grammy Award-winning rock powerhouse Halestorm announced a slate of headline tour dates and a handful of rescheduled shows to take place this fall. The band is also touring arenas this November and December on a co-headline run with Evanescence, in addition to appearing at several key festivals. Mongolian folk rock sensation The HU appear on several dates, which is particularly exciting since singer/guitarist Lzzy Hale guests on The HU's "Song of Women."

Prior to that, Halestorm with special guests The Hu & Cory Marks will perform on the Artpark Amphitheater stage at 6:30 p.m. Wednesday, Sept. 1. The concert is part of the “Coors Light Concerts” series and is presented by Artpark and Funtime.

Tickets go on sale at 10 a.m. Friday, June 25, at the Artpark box office, 450 S. Fourth St., Lewiston (10 a.m. to 4 p.m. Fridays and Saturdays); and online at ticketmaster.com. General admission bowl (standing-room-only) is $35. Prices include a facility fee. Additional fees apply for online orders. Tickets increase by $5 on the day of the show. Visit artpark.net for more information.

Halestorm are currently holed up at Rock Falcon Studios, working diligently on their upcoming fifth album (and follow up to 2018's “Vicious”) with Nick Raskulinecz. The band recently released their rendition of The Who's "Long Live Rock" in conjunction with the documentary of the same name. Hale just completed filming of the inaugural season of Hit Parader's new music competition show “No Cover,” appearing as a celebrity judge alongside Alice Cooper, Bishop Briggs, Gavin Rossdale and Tosin Abasi.

Halestorm is comprised of Hale (vocals + guitar), Arejay Hale (drums), Joe Hottinger (guitar) and Josh Smith (bass). Together, they have toured extensively clocking a staggering 2,500 live performances to date with a diverse variety of artists, including Eric Church, Joan Jett, Avenged Sevenfold, Alice Cooper, ZZ Top and Evanescence. Most recently, the band scored a 2019 Grammy nomination for "Best Rock Performance" for the song "Uncomfortable," marking its second nomination after a 2013 win for "Best Hard Rock/Metal Performance."

Loudwire named Hale its "2018 Rock Artist of the Year." Two years prior, she was named the "Dimebag Darrell Shredder of the Year" at the Metal Hammer Golden Gods Awards.

Both Halestorm and their 2012 LP, “The Strange Case of…,” were certified Gold, further evidencing Halestorm's massively supportive fanbase. Halestorm have also made history with "Love Bites (So Do I)," the hit single from “The Strange Case of…,” which ascended to No. 1 at active rock radio in the U.S., making Halestorm the first-ever group with a female vocalist to earn the top spot on the format. The band's latest album, “Vicious,” is out now.