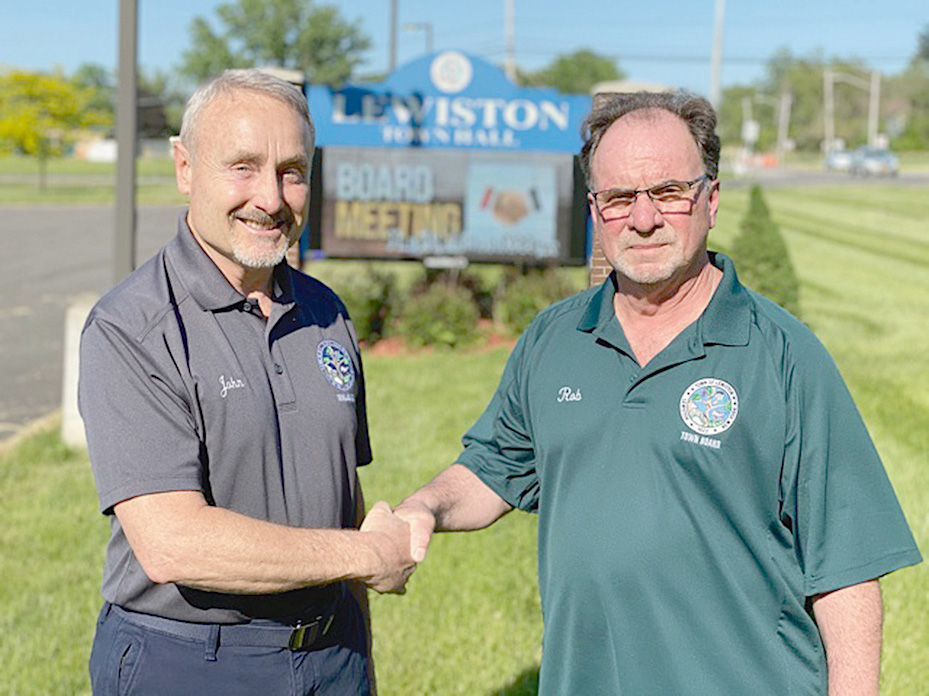 Morreale, having previously served a four-year term, was appointed earlier this year to fill a vacancy created when Al Bax resigned to become the town attorney. Jacoby is completing his first four-year term this year.

The reelection announcement marks an unusual occurrence for the two board candidates in that Jacoby, a Democrat and Morreale, a Republican, are running in a joint campaign.

“Rob was the person who originally recruited me to run and I am delighted to have the opportunity to campaign with him” Jacoby said. “I have worked side by side with Rob and he is a tireless champion for the residents and business owners of the Town of Lewiston.”

Morreale explained, “I have known John for about 40 years and watched his steady climb through the ranks of the Niagara Falls Fire Department. I was certain he would bring a wealth of experience to the board and that did indeed prove to be true.”

The two note with pride that neither has ever missed a Lewiston Town Board regular meeting or work session. Jacoby said he patterned his attendance on Morreale’s perfect record.

“You can’t be effective if you are not here,” Jacoby quipped. “Rob set the bar and I believe it is the foundation of good service to our community.”

Morreale said, “When we walk through the doors of Town Hall, we leave our political hats at the door. We are interested in moving the town forward and keeping a close watch on spending.”

Morreale has been endorsed by the Republican and Conservative parties, while Jacoby has the Democratic, Working Families and Conservative endorsements. Both men expressed their appreciation for the approval of their candidacies.

“The final and most important stamp of approval comes from the voters themselves on election day,” they said. “We hope the voters recognize our commitment to the Town of Lewiston this year and give us their support.”