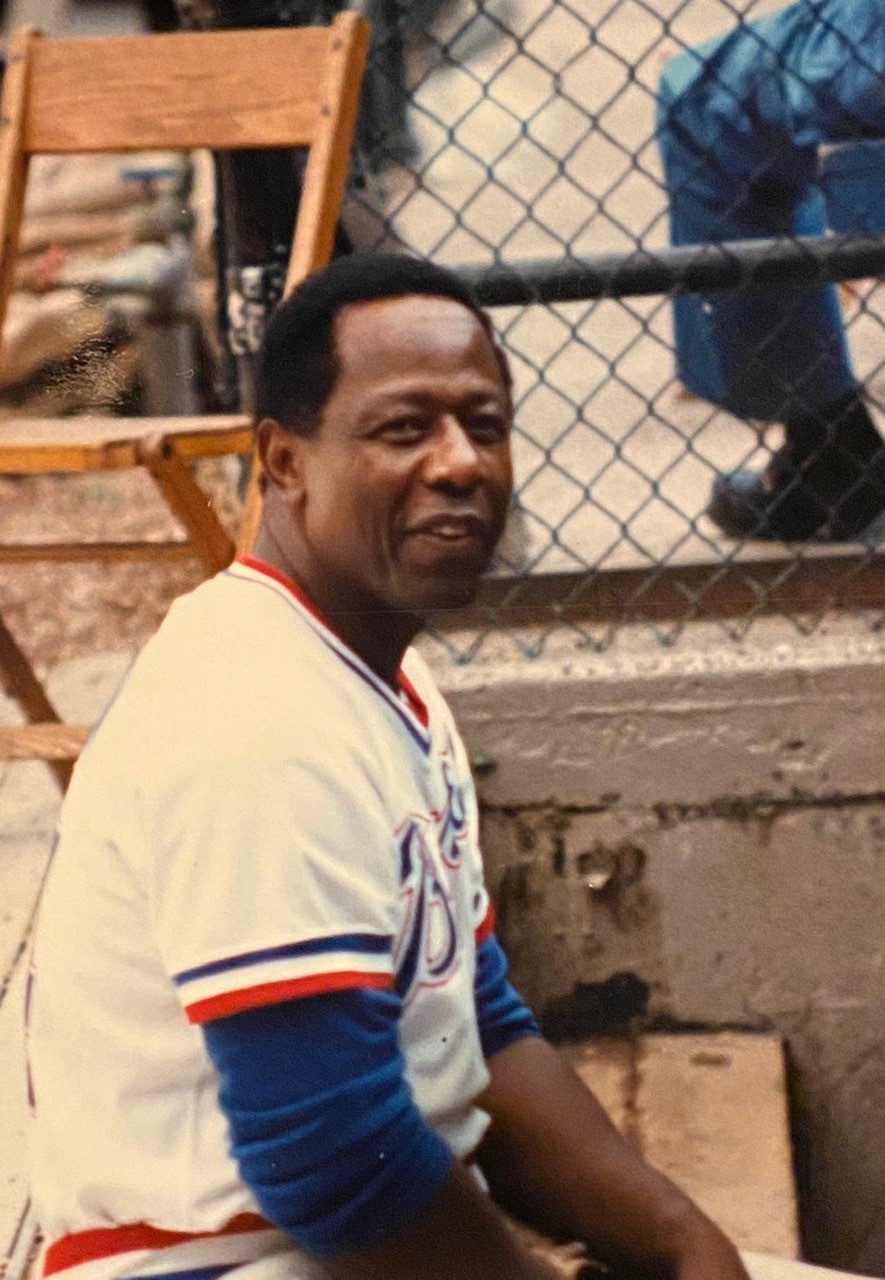 Henry "Hank" Aaron, who signed his first professional baseball contract in Buffalo, is seated in the Bisons dugout in 1985 during an Old-Timers game. (Photo courtesy of the Michael J. Billoni Collection)

At 7 p.m. Monday, May 24, Michael J. Billoni and James Overfield, publisher and editor of “The Seasons of Buffalo Baseball 1857-2020,” will present a virtual event inspired by the December 2020 Major League Baseball decision to officially recognize the Negro League clubs as MLB teams — 100 years after their creation. “Talking Baseball Part II: “Breaking Baseball’s Color Barrier,” will be a free virtual event broadcast from Dave & Adams Card World.

Billoni said the event will tackle a topic not often considered in public discussion.

“When Major League Baseball announced they would officially recognize the accomplishments of Negro League teams and players, the significance of that moment in the history of baseball and of our nation could not be denied,” he said. “Finally, after a century, all seven Negro Leagues of baseball’s preintegration-era (1920-48) will have their statistics and records added to Major League Baseball’s history and record books.

“What makes this even more compelling for Western New Yorkers is that many of those Negro League players are in some way connected to Buffalo Bisons baseball. That’s why Jim and I decided to focus our second ‘SOBB’ ‘Talking Baseball’ virtual event on the teams and players who made history in the Negro Leagues and those who are ensuring that those stories will be told.”

The “The Seasons of Buffalo Baseball” event is free and open to the public, with registration required via this link: https://www.57sobb20.com/. Once a registration form is submitted, a Zoom link will be provided via return email.

This event will be cohosted by Billoni and John Murphy, Buffalo Bills play-by-play announcer and Buffalo Broadcaster Association’s Hall of Fame member. Their guest lineup leads off with an all-star: Bob Kendrick, president of the Negro Leagues Baseball Museum (NLBM), located in Kansas City, Missouri.

During the broadcast, drawings will be held for giveaways of a $25 Dave & Adams Cards gift card and an autographed copy of “The Seasons of Buffalo Baseball” to two lucky attendees. For more information, contact Billoni at [email protected].