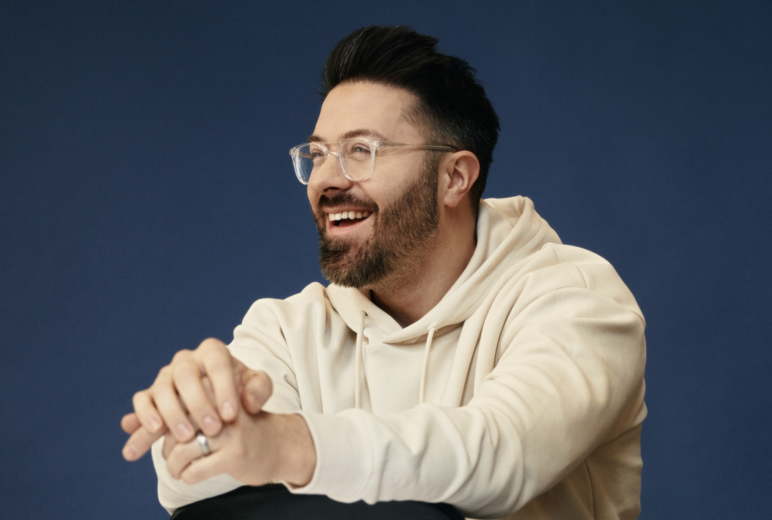 ‘Stand In Faith" is available today along with lyric video

This past year has been difficult for everyone around the globe. Gokey recognized the challenges everyone has faced and said he hopes this new album will be an encouragement and reminder of what faith means to each person and how to stand strong in what you believe.

Many of the songs on the new album were birthed from what he has learned during this past year and how to look forward with these lessons learned.

"I wrote this song to be an anthem that people can sing over their lives to encourage their faith for the miracles and breakthroughs they’re believing God for," Gokey said about his new single. "Faith brings our hopes into reality! It’s the confidence and trust in God that’s needed to acquire the things we long for but don’t yet see. Faith invites God in to work on our behalf. More now than ever before, faith should be our bedrock and our foundation. I pray this song revives the hearts of many who listen to it and gives them the needed fuel to persevere in any difficult situation."

The new album follows his successful 2019 release, “Haven't Seen It Yet,” which produced the newly certified RIAA Gold single, "Haven't Seen It Yet." This is his second Gold-certified career single, and the song was No. 1 at Christian radio for seven weeks (making it his fifth No. 1 radio single).

It was also announced this week that Gokey is nominated for the fifth time for "Male Artist of the Year" at the KLOVE Fan Awards, which is the only Christian music fan-voted award show. He is the reigning Male Artist of the Year from 2019 and has won the category three times in the award show history. Fans can vote here for Gokey and other categories. He will perform the Spanglish version of his No.1 radio single hit, "Love God Love People," during the pretaped broadcast, which will air on TBN on June 4.

In step with many of the messages of his songs, Gokey continues to give back to the community as he has from the start of his career, which began during his time on “American Idol.” His foundation, Better Than I Found It, is a nonprofit organization established to support and encourage other nonprofits making a difference in their community. Gokey's foundation partners and walks alongside other organizations to help them move to the next level for the most impact.

To learn more about the foundation inspired by his song, click here.

Gokey, became a favorite of millions of fans as a top 3 finalist on season eight of “American Idol.” Following that, Gokey released his debut album, “My Best Days,” which debuted at No. 4 on the Billboard Top 200. Since then, Gokey has celebrated a series of No. 1 songs, including his follow-up album releases, “Hope In Front of Me,” “Rise,” “Haven’t Seen It Yet” and his award-winning holiday album, “Christmas Is Here.”

Spawning singles “Hope In Front of Me,” “Tell Your Heart to Beat Again” (RIAA Gold-certified), “Rise,” “The Comeback” and “Haven’t Seen It Yet” (also Gold), he has cemented his place on the radio charts with multiweek, multichart No. 1 runs both in the U.S. and in Canada.

Gokey is a native of Milwaukee and currently lives in Nashville with his wife, Leyicet, and their four children.