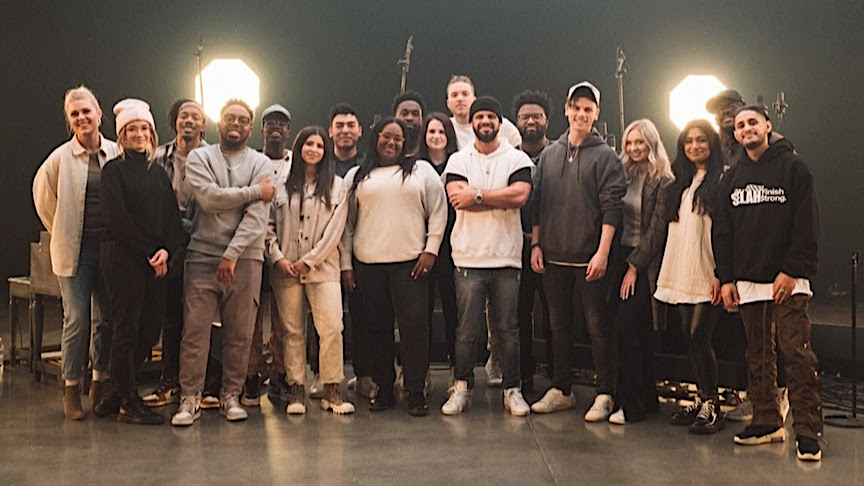 Collaborative project breaks worldwide record on Apple Music with most first-day album streams for Christian/gospel genre & most album streams in a day in US from Christian group with Spotify; tops Billboard Christian & gospel album charts, ranks No. 31 on Billboard 200

“Old Church Basement,” the collaborative album from Grammy-nominated and Billboard No. 1 worship groups Elevation Worship and Maverick City Music, has made history, setting a new worldwide record for the most first-day streams for a Christian and gospel album on Apple Music. Additionally, on Spotify, the 13-song project broke the U.S. record for the most streams in a day for an album by a Christian group and was No. 4 out of all U.S. albums its first weekend of release. It also tops both Billboard's Christian and Gospel Album charts and ranks at No. 31 on its Top 200 overall chart.

Leading up to its release, the album's first single, "Jireh," dropped March 26, followed by "Talking to Jesus" on April 9 and "Wait On You" on April 23.

Elevation Worship’s Brown said, “Before any lights and a stage, for a lot of us, it was just a few chords on an acoustic guitar or piano in a youth room with a few of our friends. But that’s where we fell in love with God’s presence. Our hope is that this collection of songs makes it easy for you to return to that pure-hearted place of worship within you.”

Naomi Raine of Maverick City Music added, " ‘Old Church Basement’ is a reminder that God is still good and the church is still God's idea. It's an invitation to come back to a community that is solely after his heart, that just wants the simplicity of the good news that Jesus brought and the genuine love and fellowship that we can have because of him."

Other albums have included the Christian radio no. 1 song “Graves Into Gardens”; the RIAA Gold-certified song “The Blessing”; RIAA Platinum-certified, and Christian radio Top 5 song "O Come to The Altar,” which has more than 126 million streams on Spotify and more than 61 million YouTube views; and the RIAA Platinum-certified song "Do It Again.” The group currently has 10 songs in the CCLI Top 100 list, with more than 3.5 million monthly listeners on Spotify, 2.91 million subscribers on YouTube, and 1.5 million-plus U.S. album sales.

Elevation Worship has toured nationwide on bills with Grammy Award-winners Lauren Daigle, Hillsong Worship, Bethel Music and Casting Crowns. This ministry is passionate about producing songs for the local church that connect others to God. Its main priority is to create an atmosphere of worship so people can encounter Jesus in a real and personal way.

Founded in 2018 by Tony Brown and Jonathan Jay, Maverick City formed as a result of the founders hosting 17 songwriting camps, which brought together over 100 Christian artists and songwriters creating hundreds of songs. Since its inception, Maverick City has garnered Grammy and DOVE Award nominations; multiple Billboard No. 1 albums and singles, 250 million streams, and over a million YouTube subscribers.