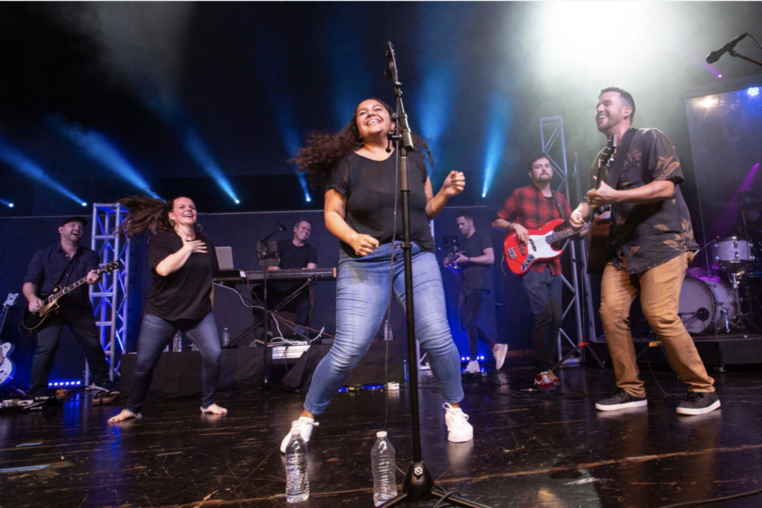 Integrity Music on Friday released the follow-up EP from YWAM Kona Music, “The Sound Of Go.” The debut release, “The Commission,” released in 2020 and contained songs about the mission of being sent. This new EP is the continued heart and next step to follow through the call to reach the ends of the earth.

A press release stated, “YWAM Kona Music is a diverse, global collective of artists, creatives, dreamers and musicians. With radical faith and a passion for loving God and loving people, this community of worshippers has the great commandment in their hearts and the great commission on their lips.”

"The uniqueness of this project is the people and the ‘tribe’ of YWAM," McCall said. "We are desperately in love with Jesus and willing to go anywhere he asks, in simple obedience, so that as many people as possible can experience and know the love of God in Christ Jesus. There are plenty of high praise songs, plenty of intimacy songs, plenty of ministry songs, but it’s time for more ‘Go’ songs."

The release continued, “Recorded live on location in Kona, Hawaii, the six-song EP features songs that encourage the listener to fulfill the great commission and go. Videos from the live recording capture the YWAM Kona Music team igniting worship in the lives of millennial and Generation Z missionaries.”

Last week, the group released the live video for "Apostle's Creed," which is featured on this new album.

"This song is for every Jesus follower, but especially the new believer,” McCall said. "Singing what we believe makes for a knowing and understanding that is much richer than simply reading a text. Words to melody become something that is nearly unforgettable. When we know what we believe, and when we're reminded about who God is, it allows us to live in a confidence that only comes from heaven. No matter how hard life can get, being able to remind ourselves what we believe and who we believe in makes whatever we are going through that much more bearable. It reminds us of the faith-filled hope that we can have in Christ."

YWAM is a global movement of Christians from many cultures, age groups and Christian traditions, all dedicated to advancing the Gospel and serving Jesus throughout the world. Established in 1960 by American Dr. Loren Cunningham, and his wife, Darlene, YWAM was founded with the purpose to "Know God and to Make Him Known." Today, YWAM has over 15,000 full-time, volunteer missionaries who train 25,000 short-term missions volunteers annually, serving in more than 181 countries globally.