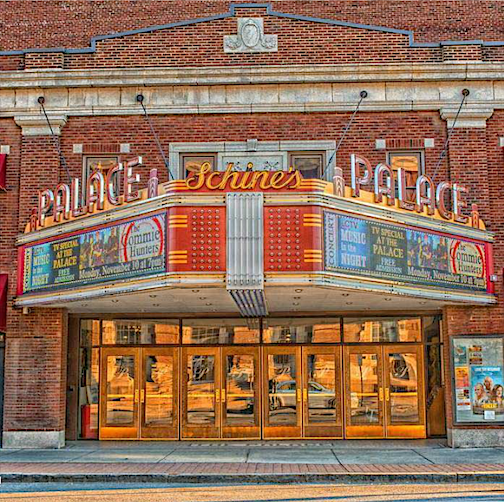 Gov. Andrew Cuomo on Friday announced the reopening of the Historic Palace Theatre on Saturday, May 1, following a $3.5 million renovation that received $600,000 through Lockport's Downtown Revitalization Initiative award. Work on the nearly century-old structure included installing new seating, floors and a larger orchestra pit, as well as other interior improvements aimed at ensuring the future vibrancy of this community cornerstone.

"The newly renovated Palace Theatre is the latest example of how the investments targeted by the Downtown Revitalization Initiative are helping to strengthen local economies and build more vibrant communities," Cuomo said. "These community-driven projects are leveraging private investment and public funding to reinvigorate downtown communities, create new jobs, and enhance a sense of pride in cities, towns and villages across New York state."

Lt. Gov. Kathy Hochul said, "The arts entice people to downtowns all over New York State and our recovery depends on their success. The renovations at the Palace Theater will further add to its historic charm and help ensure it will be enjoyed by Western New Yorkers for many years to come. This is yet another example of the transformation happening in Lockport thanks to our Downtown Revitalization Initiative."

The project overhauled the 1,000-seat theater's lobby, creating dedicated will-call, concession, bar and merchandise areas. Seating for both the main level and balcony were replaced and new carpeting was installed along with electrical lighting in the flooring. The orchestra pit was deepened and widened to accommodate a new hydraulic lift, while the outdated stage rigging system was replaced to accommodate newer, more modern shows.

Other renovations included upgrades to the theater's sound system and sound booth; new curtains, screens and backdrops; upgrades to the electrical system; and interior plaster renovations. Additional work is ongoing to replace the roof and add a roof-mounted solar system, which is expected to be completed in summer 2022.

The project was also supported by a $423,000 Market New York Grant through Empire State Development's division of tourism; and $142,000 from the New York Power Authority through the Western New York Economic Development Fund. Additional funding was provided by supporters from the community.

With support from more than 200 volunteers from the community, the theater will reopen for its “Dazzling Through the Decades Gala” event on Saturday. Additional community events to welcome visitors back will be hosted at the newly restored landmark from Sunday through Thursday. 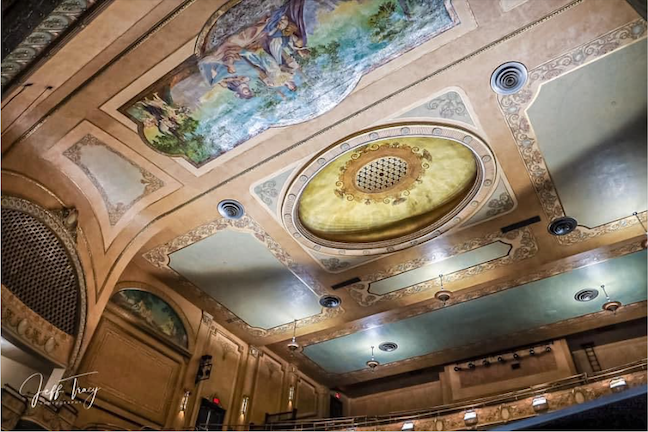 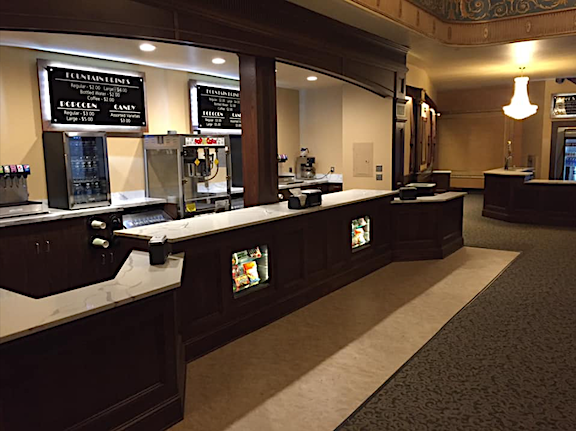 ESD Acting Commissioner and President and CEO-designate Eric Gertler said, "The Historic Palace Theatre has been an arts and entertainment destination in Western New York for nearly a century, and the renovations will ensure that longtime fans and visitors alike will enjoy it for years to come. This project is a perfect example of our efforts to revitalize downtown Lockport with strategic investments that encourage sustainable growth and help to create a vibrant community, anchored by this longtime cultural attraction."

Built in 1925, the Historic Palace Theatre is one of the most iconic buildings in downtown Lockport. After almost a century of use, however, the structure was in dire need of restoration and required technological to ensure the theater could continue to serve the greater Lockport community long into the future. The not-for-profit theater draws nearly 85,000 people annually and results in about $2.5 million in local economic activity, according to the Greater Lockport Development Corp.

New York Secretary of State and Downtown Revitalization Initiative Chairwoman Rossana Rosado said, "The Lockport Downtown Revitalization Initiative is infusing new life into the region by renovating a historical gem and entertainment destination that is the Palace Theatre. The renovation of this iconic building in Lockport will help the local economy with its recovery from the COVID-19 pandemic as residents and visitors begin to fill the seats once again. I am proud of the role that the Department of State has played in this project and look forward to the continued transformation of Lockport."

New York State Homes and Community Renewal administered the grant. Commissioner RuthAnne Visnauskas said, "The Palace Theatre is a community treasure and a key element of Lockport's revitalization. We are proud that HCR can support the $600,000 investment through the Downtown Revitalization Initiative, as it not only preserves an important part of Lockport's history, but ushers in a bright, new chapter of the theater that will draw appreciative audiences for years to come."

Historic Palace Theatre Inc. Board President Ellen Schratz said, "On behalf of the Palace board of directors, our volunteers, and the greater Lockport community, we would like to express our overwhelming appreciation to Gov. Cuomo, Lt. Gov. Hochul, and Empire State Development. Without their initial and continued support of our ‘Act II: A Grand Restoration Campaign,’ this project would not have been possible. Thanks to this support – as well as the generosity of our other state and foundation partners, and local community – the Palace’s lights will continue to shine for decades to come."

"The Palace Theatre is a beautiful historical and architectural building, but it is so much more than that," said Greater Lockport Development Corp. Vice President Heather Peck, who also serves on the restoration committee. “It is a regional cultural center and a vibrant and invaluable community asset. Through this restoration, the Palace is now very much like the City of Lockport itself – a testimonial to its rich history, but ready to embrace its bright future, and a new starring role in Western New York."

NYPA chairman John R. Koelmel said, "The Historic Palace Theatre renovation in Lockport was a largely community-driven project that will lead to an increase in tourism in the region. I'm excited that the Power Authority's support for the renovation has allowed the nearly 100-year-old theater to be beautifully restored so that it will remain an iconic location for years to come." 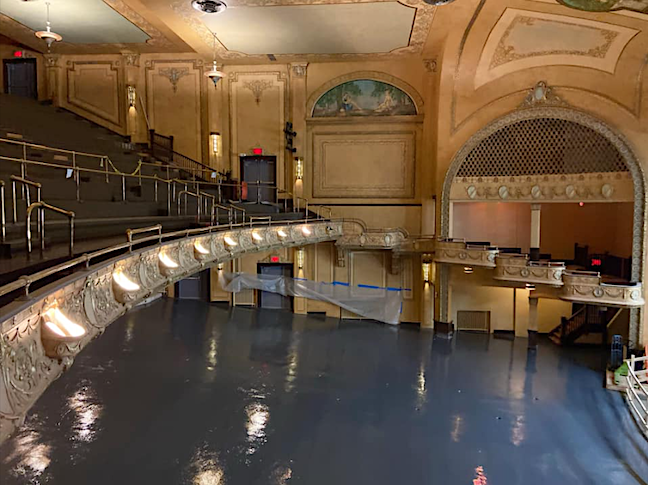 The governor’s office stated, “Named a round 3 winner of the Downtown Revitalization Initiative in 2018, the City of Lockport is a unique canal community anchored by a growing, progressive downtown district and an established tourism season. The city's walkable, 15-block central business district has several iconic buildings that are vacant or underutilized and represent impactful economic development opportunities – especially for a blend of affordable, market-rate and luxury housing.

“Recent public investment has already driven private developer interest in downtown properties and lead to significant improvements, such as the renovation of the blighted 57 Canal St. property into a bustling epicenter that hosts numerous community events. The award will unlock the downtown's full potential by enhancing corridors from residential neighborhoods into the heart of downtown with revitalized buildings, attractive storefronts, and residential options, thereby providing a walkable, livable, and sustainable community.

In 2016, Cuomo launched the Downtown Revitalization Initiative to “aggressively accelerate and expand the revitalization of downtowns and neighborhood to serve as centers of activity and catalysts for investment in all 10 regions of the state. The unprecedented and innovative initiative couples strategic planning with immediate implementation.”

New York has already committed $400 million to invest in downtowns that are “ripe for revitalization and have the potential to become magnets for redevelopment, business, job creation, greater economic and housing diversity, and opportunity. Communities are nominated by their Regional Economic Development Councils based on the downtown's potential for transformation.”

Each community is awarded $10 million to develop a downtown strategic investment plan and implement key catalytic projects that advance the community's vision for revitalization. Communities receive support from private sector experts and a team of state agency staff led by the Department of State in close partnership with ESD, and New York State Homes and Community Renewal, along with other agencies that are involved in reviewing and implementing projects.