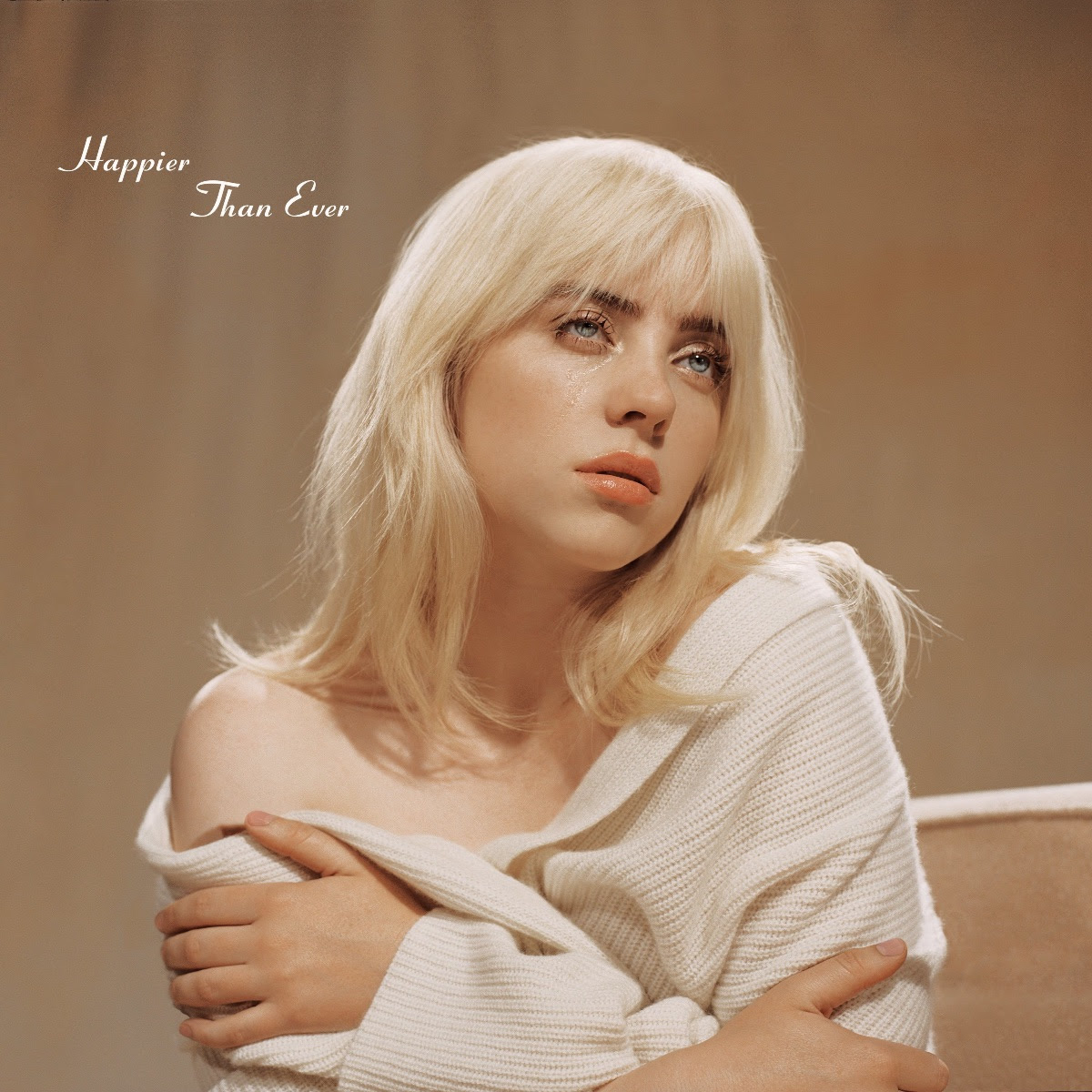 Billie Eilish announces new album, 'Happier Than Ever,' out July 30

Billie Eilish has revealed details on her anticipated sophomore album. The 16-track studio album, titled “Happier Than Ever,” will be released via Darkroom/Interscope Records on July, 30. It is available to preorder/add/save from today.

Continuing the tradition on from her multi-Grammy Award, record-breaking debut album “WHEN WE ALL GO TO SLEEP, WHERE DO WE GO?,” “Happier Than Ever” features no outside songwriters or producers, and was written by 19-year-old Eilish and her brother, FINNEAS, who produced the album in Los Angeles.

Preorder/add/save “Happier Than Ever” HERE.

“Happier Than Ever” will also be available as deluxe and super-deluxe box-sets, as well as in two exclusive color-way vinyl, cassette, photo-book and CD. For more information on each box-set, go to www.billieeilish.com.

Eilish has fast become one of the biggest stars to emerge since the release of her debut single “ocean eyes,” and continues to shatter the ceiling of music with her genre-defying sound. Fast forward from her humble breakout in 2015, her album “WHEN WE ALL FALL ASLEEP, WHERE DO WE GO?” debuted at No. 1 on the Billboard 200 in the U.S., as well as 17 additional countries around the world upon release. It was the most streamed album of 2019.

“WHEN WE ALL FALL ASLEEP, WHERE DO WE GO?” was written, produced and recorded entirely by Eilish and FINNEAS in their childhood home of Los Angeles. Eilish went on to make history as the youngest artist to receive nominations and win in all the major categories, at the 62nd Grammy Awards, receiving an award for Best New Artist, Album of the Year, Record of the Year, Song of the Year and Best Pop Vocal Album. She is also the youngest artist to write and record an official James Bond theme song, “No Time To Die.” Most recently, Eilish was nominated for four additional awards at the 63rd Annual Grammy Awards in 2021, and took home both Record of the Year for “everything i wanted,” and Best Song Written For Visual Media for “No Time To Die.”