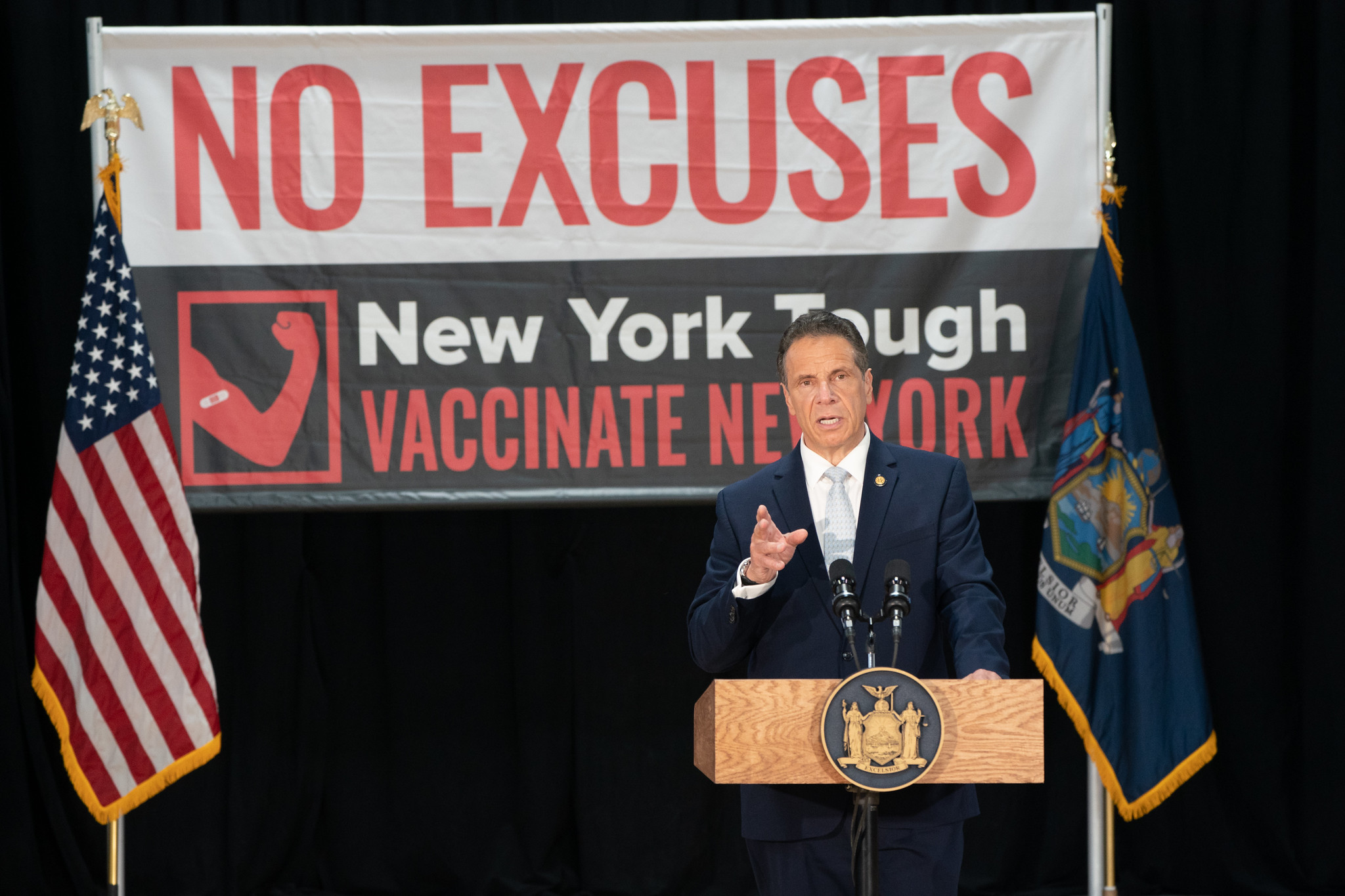 Addressing a question posed by WGRZ-TV Channel 2 reporter Kelly Dudzik about incentivizing people to get vaccinated – recent numbers of available appointments suggest demand has plateaued – Cuomo said, “What do you do about the hesitant population? I think right now it's access and it's information. That's the main strategy. The numbers – the demand has dropped in Western New York; and the positivity rate is higher in Western New York. There's no doubt about that. But I think that is more of a community response and behavior.”

Cuomo’s team reported the statewide one-day positivity rate is 2.03% – the lowest it has been since Nov. 5. Western New York clocked in at 4.29% on Thursday, which, while lowering over past days, is still one-third more than region with the second-highest rate (Finger Lakes, 2.99%). Erie County had 435 new COVID-19 cases, while Niagara County reported 106.

“Now, I argue, informationally, look at your infection rate. And at one point, the numbers did change in Western New York. When they saw in the nightly news that people were going into hospitals, and people were dying, they took it seriously – and the numbers changed.

“I think we're now in a period where people have COVID fatigue; it's warm; we have vaccines; ‘I'm not as worried.’ You let your guard down. And I think we're also seeing that with vaccines,

“And if you have the highest infection rate, you have people dying. So, that's a legitimate question and issue and discussion in Western New York – that I push every time I come (visit).”

He added, “If it's not behavioral, tell me what it is.”

Speaking to the media Tuesday afternoon, Erie County Executive Mark Poloncarz and Commissioner of Health Dr. Gale Burstein said behavior is a driving factor – infected people are not isolating, those exposed to a positive individual won’t quarantine, and there’s a general lack of adherence to safety measures (wearing a mask and/or social distancing).

“It is bad behavior, I think, that is driving a lot of our infections,” Burstein said.

“No area of Erie County is doing well,” Poloncarz said. “Some areas are doing horrible. And we are working with our partners to try to alleviate that situation – and we're talking with New York state, because this is really concerning.”