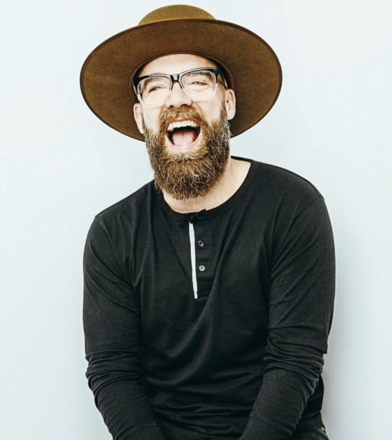 Tim Timmons has released his new album, “HERE” on Integrity Music. His camp said, “This special eight-song release is an invitation to encourage the listener to pray and keep a thankful heart throughout the day.”

"I think if I was going to put a practice or theme to the songs on this record, it would really be ‘What am I giving my attention to? What do we give our worship to all week long?' It’s about aligning and re-aligning our hearts to Jesus," Timmons said about this project.

Timmons kicked off this year releasing the song, "This Is The Day," which is featured on this release and is his radio single currently moving up the National Christian Audience chart.

A press release noted, “This song reminds the listener to practice thankfulness all day long. And as one who is all too familiar with trials and pain, he takes this song to heart personally.”

“I’m now 21 years into a five-year death sentence with an incurable cancer diagnosis. … One of my primary reminders is to practice thankfulness for another day that I get to wake up,” Timmons said. "Focusing on Jesus’ nearness in and through our struggles is where we realign ourselves toward joy. I see the gift of cancer is perspective. It’s really the open door to speak into peoples’ stories.”

Timmons has been releasing new music with Integrity Music since 2020. He debuted his first project in 2013 with “Cast My Cares,” followed by 2015's “Awake Our Souls.” He has been writing songs for himself and for other artists, and garnered a Grammy nomination for co-writing MercyMe's “Even If,” which stayed at No. 1 on the National Christian Audience charts for 19 weeks.

“For years, I’d heard people all over town talk about Tim Timmons in the most unique way," shared Andrew Osenga, director of A&R at Integrity Music. "It has been such a joy to get to know this guy and find that it’s all true, and to partner together to create an album of songs that invites the listener into this same relationship that so many people in Nashville were talking about. This is an album that befriends you and invites you in: To come alive to the heart knowledge that you are seen, valued and loved, and to be present ‘HERE,’ safe in the love of Jesus.”

Later this month, Timmons will launch his podcast "10000 MINUTES: The Experiment," with co-hosts Chris Cleveland (Stars Go Dim) and Emmoe Doniz, along with some special guests. “The Experiment,” Timmons’ team said, “is a weekly deep dive into the adventures and struggles of living out our daily lives with Jesus, not for him.”

Timmons’ life has been one of adventure, but for the first time, the singer/songwriter feels awake enough to live it. “For most of my life, I found myself working for God, not with him, which led to my tired soul desperately searching for more,” he said. “What could happen if we grasped how much we’re loved and accepted by Jesus no matter what, and then lived like it was true?”

This lifestyle has so captured his heart that he started a nonprofit and a weekly blog, called “10,000 Minutes,” with the premise of inspiring, inviting and equipping people to practice Jesus all week long. This is Timmons’ greatest desire – whether the catalyst is his cancer diagnosis, theology, his blog or songs, he wants to keep the conversation going so people can discover for themselves the real life found with Jesus.