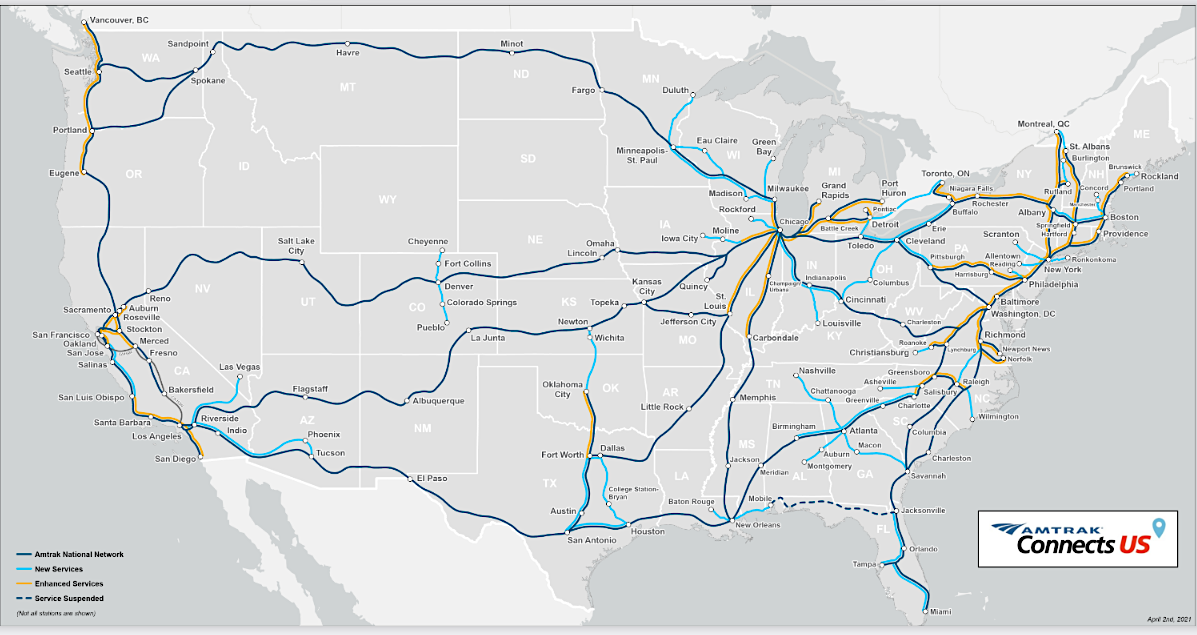 (Images courtesy of the Office of Congressman Brian Higgins)

Congressman Brian Higgins and City of Niagara Falls Mayor Robert Restaino are calling for expansion of the Amtrak route between Buffalo, Niagara Falls and Toronto to be a priority as the federal government plans to make investments in rail. The American Jobs Plan, the infrastructure package announced by President Joe Biden on March 31, proposes an $80 billion investment to expand and improve Amtrak service.

In a letter to Biden, Higgins wrote, “In the context of ambitious rail planning on Amtrak’s part and the prospect of unprecedented investment in U.S. intercity passenger rail by the federal government, I write today to advocate that the federal government and Amtrak prioritize direct and enhanced service between Toronto, Ontario and Niagara Falls and Buffalo, New York. …Toronto is a global hub of finance and culture, and Canada’s largest city. The future economic health and vitality of Niagara Falls and Buffalo New York is tied to taking full advantage of the economic and life-quality opportunities that close proximity to Toronto makes available.” 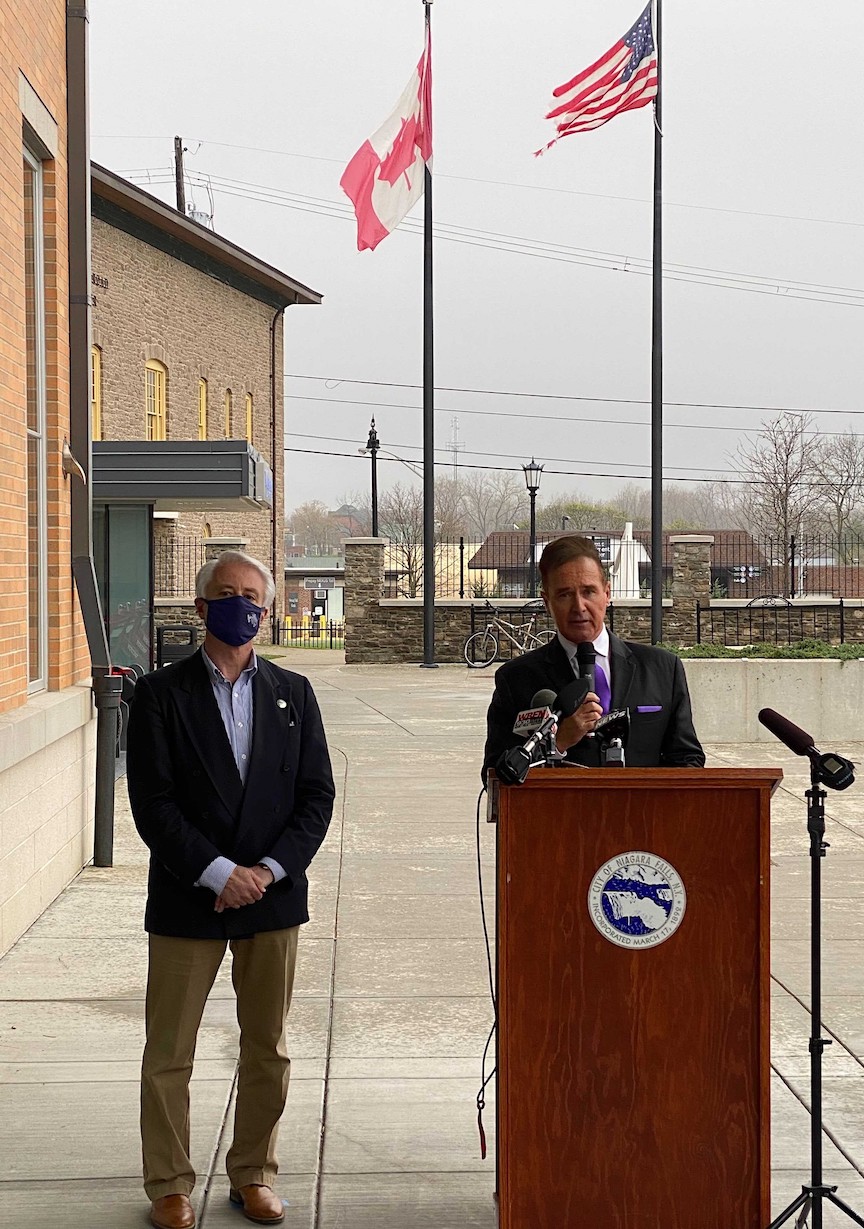 “The expansion of jobs is vital to the Niagara Falls community,” City of Niagara Falls Mayor Robert Restaino said. “Our neighbors in Canada are not just neighbors, but rather family and friends; really an extension of our community. The expansion of Amtrak service from here to Toronto, Ontario, allows the connection between our communities to expand, while contributing to the growth in jobs and our economy.”

Higgins and Restaino said a vigorous schedule of train service between Western New York and Ontario will be important not just for the local economy but for national economic recovery. According to a report issued by the Ontario Ministry of Finance in 2020, “Ontario’s population is projected to increase by 31.5 percent, or almost 4.6 million, over the next 27 years, from an estimated 14.6 million on July 1, 2019, to almost 19.2 million by July 1, 2046.”

Amtrak released a statement supporting the investment proposed in the American Jobs plan along with a map of Amtrak's 2035 vision for expanded rail. The map proposes enhanced service between Buffalo, Niagara Falls and Toronto.

Amtrak traditionally operates a Maple Leaf route, from New York City to Toronto, with stops in Niagara Falls and Buffalo, which runs only once per day in each direction. The northbound train leaves New York City during the morning rush and doesn’t arrive in Niagara Falls until late afternoon. It includes a two-hour transfer time across the border due to customs processing and a U.S. to Canada crew change with final arrival at Toronto’s Union Station in the early evening.

Service on the Maple Leaf line was suspended indefinitely in March of 2020 due to the pandemic.

Prior to the COVID-19 pandemic, the two governments had been negotiating instituting a shared border management approach at this crossing as well as at passenger rail crossings between Washington State and British Columbia and Quebec and Northern New York, which would significantly reduce the wait time at the border. Higgins is calling for the resumption of these negotiations.

Higgins, in his role as U.S. chair of the Canada-U.S. Interparliamentary Exchange, plans to work with his counterparts in the Canadian Parliament to advocate for expanded service across the border.

He also serves as co-chair of the congressional northern border caucus and has been pushing for the development of a plan to reopen the border between the U.S. and Canada. In the short term, the congressman wants measures in place allowing for the reunification of families that have been separated for over a year. He is urging for a full reopening of the border by July.