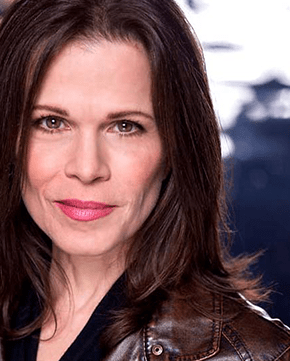 Television and film actor Josie DiVicenzo will teach a workshop titled "Auditioning for the Camera: More than Meets the Lens." (Image provided by NCCC)

Niagara County Community College’s 2021 Film & Animation Festival will be held from 11 a.m. to 4:30 p.m. Saturday, May 1. This year’s festival is being held entirely online and features three Zoom workshops, led by industry professionals, which are free and open to the public. Sign up at www.bit.ly/ncccfilmfest. Enrollment is limited to the first 20 persons to register for each workshop.

Craig Lindberg, a professional makeup artist, will offer a class on “Special Effects Makeup for TV and Film.” Lindberg will demonstrate the basic effects that all artists should know and a list of go-to products that no special effects artist should be without. He will also cover various makeup techniques, including aging, trauma (bruises, scrapes, scars, decomposition, burns, etc.), working with hair, prosthetics, blood effects, and creating characters from a script. An open Q&A session with the instructor will follow at the end of the class.

Lindberg’s television experience includes working on “Saturday Night Live” for 16 years, season six of “The Walking Dead,” and season 10 of “American Horror Stories.” Other credits include the television series: “Royal Pains,” “Person of Interest,” “Boardwalk Empire” and “Elementary.” His film credits include “Lincoln” and “Indiana Jones and the Kingdom of the Crystal Skull.”

Television and film actor Josie DiVincenzo will offer a class titled “Auditioning for the Camera: More than Meets the Lens.” Her class will cover audition techniques, what to expect in the casting room, breaking the code of the script, learning the language of casting directors, how to create a real scene in two minutes, how to make a self-tape, and set life. There will be an open Q&A session with the instructor at the end of the class.

DiVincenzo’s resume includes major roles in theater both in L.A., Arkansas and Buffalo; guest stars and series regulars on primetime TV (“Friends,” “24,” “CSI:NY,” “Beverly Hills, 90210” and “Weeds”) and roles in films including “Daredevil” (with Ben Affleck and Jennifer Garner), “Marshall” (with the late Chadwick Boseman), “Bashira” (with Liam Aiken) and “Plan B” (director Natalie Morales). As a professor in the theatre and fine arts department at Niagara University, she teaches on-camera acting and Shakespeare. DiVincenzo also holds private classes in Buffalo.

Rounding out the afternoon will be a class on “Hand-Drawn 2D Animation” by renowned animation artist Tony White. White is a British Academy Award-winning animation director, animator, author, educator and mentor. He has been responsible for animating more than 200 TV commercials, two TV specials, several short films, and was responsible for the award-winning title sequence for “The Pink Panther Strikes Again” movie early in his career. White studied advanced animation techniques with some of the finest masters of the art form, specifically Ken Harris (original lead animator of Bugs Bunny, Roadrunner, etc.), Art Babbit (original lead animator on “Pinocchio,” “Fantasia”) and Richard Williams (three-time Oscar winner and author of “The Animator’s Survival Kit”).

The NCCC Film & Animation festival brings together filmmakers, animators and enthusiasts from across Western New York and beyond. A highlight of the event is an international film competition, which presents $200 awards in a variety of categories, including: drama, comedy, animation, documentary, music video, horror and experimental. Judges for the contest include area filmmakers, animators, film actors and other media professionals. More than $1,600 in prizes are given out, including three special “716” awards that go to the best high school student film, best college student film, and best overall film selected by attendees to the festival. This year’s award winners will be announced online and selected films will be viewable online on the NCCC Festival’s YouTube channel.