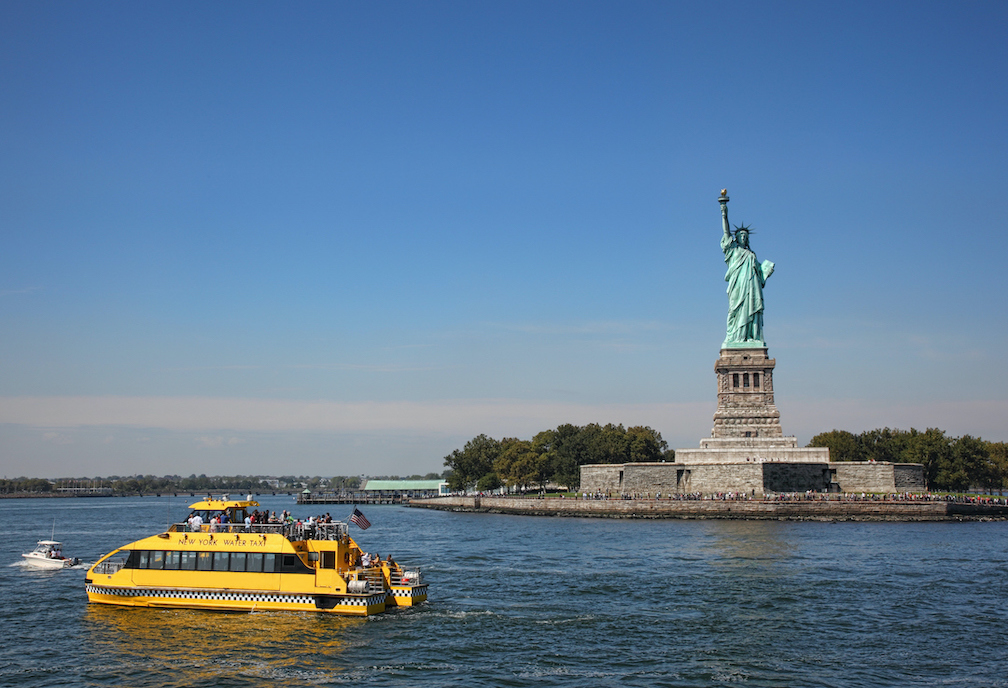 Additionally, they said enacted budget closes the deficit and invests in the ongoing response to the pandemic and recovery efforts.

The budget agreement includes spending in the following categories:

"New York was ambushed early and hit hardest by COVID, devastating our economy and requiring urgent and unprecedented emergency spending to manage the pandemic," Cuomo said. "Thanks to the state's strong fiscal management and relentless pursuit to secure the federal support that the pandemic demanded, we not only balanced our budget, we are also making historic investments to reimagine, rebuild and renew New York in the aftermath of the worst health and economic crisis in a century. This budget continues funding for the largest-in-the-nation $311 billion infrastructure plan, establishes a groundbreaking program to provide affordable internet for low-income families and enhances public safety through police reforms, all while continuing to provide relief to New Yorkers and small businesses as we recover from the pandemic. I thank the legislative leaders – Senate Majority Leader Stewart-Cousins and Assembly Speaker Heastie – for their partnership in helping make this critical budget a reality and delivering results for the people of this state."

Stewart-Cousins said, "New York state approached this year's budget with many challenges and the ongoing COVID-19 pandemic. However, driven by a commitment to long-term equity and prosperity for all, we have accomplished a great deal. I am proud of the strides we have made in funding our schools, helping businesses rebuild, and protecting New York's most vulnerable. Working- and middle-class taxpayers will receive the relief they desperately need, while the wealthiest New Yorkers will help their neighbors. This budget makes New York better for all. In the remaining months of session, the Senate majority will continue to deliver results that are reflective of our progressive values and priorities."

Heastie said, "Budgets are a statement of values, and in my two decades of service to the people of New York I can't think of a more far-reaching and impactful budget than this. It meets longstanding goals of our Assembly majority and addresses the historic inequities that have existed for too long. My colleagues and I have worked tirelessly to deliver a budget that will help New York rise from this health crisis and recover from its devastating economic impacts while upholding our commitment to putting New York families first. I am particularly proud that we have been able to make historic investments in our schools, keep higher education within reach, deliver the relief that our small businesses need to get back on their feet, and provide critical funding for child care that families need. I thank all my colleagues, especially Ways and Means Committee Chair Helene Weinstein, for their tireless efforts and advocacy in crafting a budget that truly meets the needs of all New Yorkers."

Before the passage of the 2021-22 budget, New York was facing an estimated $7 billion shortfall. Rather than abandoning its tax-and-spend philosophy, the majority relied on the federal government to fill the deficit. The federal government sent $28.3 billion to New York state; $12.6 billion was unrestricted, which if utilized wisely, would avoid future deficits while financing most of the state’s needs.

This $12.6 billion found its way into a bloated budget, including $5 billion in new taxes amounting to a record-setting $212 billion, an amount greater than the budgets of Texas and Florida combined.

Rather than focusing on uncontrolled spending, New York should have focused on accountability and transparency in all of its programs so the future financial stability of New York would be achieved.

There are many positive aspects of the budget that benefit all areas of New York; however, the many bloated aspects have set up our great state for a fiscal disaster. Throughout my tenure in the Assembly, I have consistently called for increased funding for education, Aid and Incentives for Municipalities (AIM) and the Consolidated Local Street and Highway Improvement Program (CHIPS); as well as extreme winter recovery.

I was pleased these efforts have been recognized and the shortcomings have been addressed for local roads, schools and infrastructure, as well as broadband, libraries, veterans’ workforce development and developmental disabilities.

As a result of a push by the downstate, self-proclaimed Democrat socialists, over $2 billion found its way into the budget to provide unemployment payments worth more than $15,000 per individual for undocumented workers who did not qualify for federal unemployment.

To satisfy the majority’s desire to tax and spend through tax increases on high earners and corporations, we will continue to fuel the exodus of taxpaying citizens from New York, taking with them their tax dollars.

This budget continues to remove local control over land use within the jurisdictional boundaries of towns, villages and cities by further limiting their zoning and tax authority over massive solar and wind projects. This equates to a form of eminent domain without just compensation.

Although there were many positive aspects of this $212 billion budget, I cannot support a spendthrift plan that does not recognize the importance of sustainability and financial stability for New York’s taxpayers.

My “no” vote on this budget was cast to protect the future of our state, the hard working citizens, our children and the constituents of the 145th Assembly District.