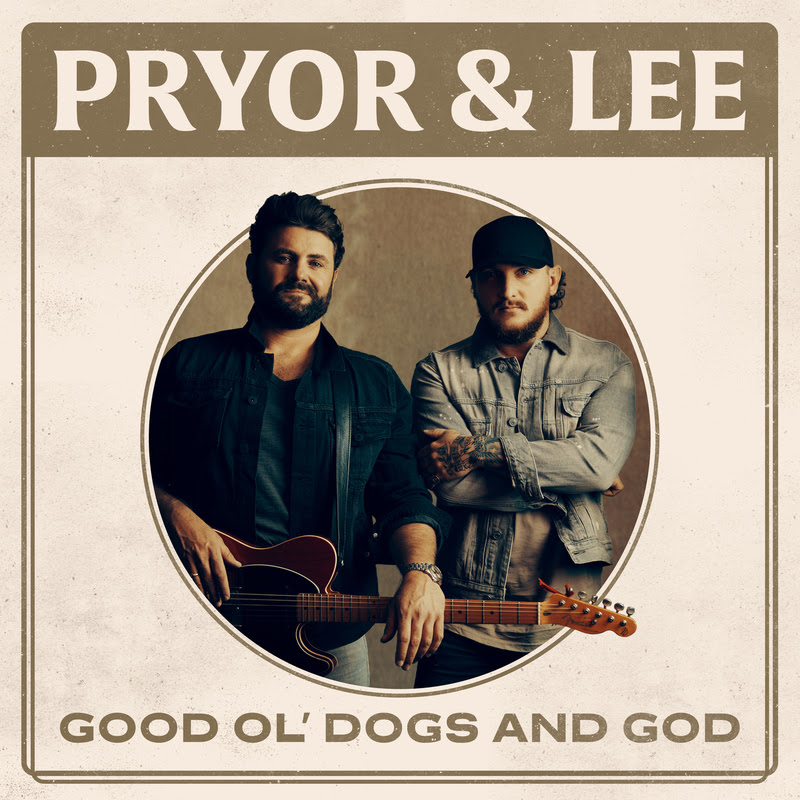 While Pryor & Lee may be known for rowdy live shows and music that celebrates the lighter side of the country music lifestyle, but the duo digs a little deeper into storytelling with the release of "Good Ol' Dogs and God" and "Carry On."

A press release stated, " ‘Good Ol' Dogs and God’ celebrates that unspeakable, unshakeable bond we share with ‘man's best friend’ and with our creator. A bond that is on full display in the tear-jerking lyric video comprised of fan-submitted home photos and videos honoring their four-legged family members alongside the Black River duo's ‘baby girls’: Winnie, Whiskey and Remy.”

Kaleb Lee said, "Our dogs mean the absolute world to us. After being on the road or just being gone for a few hours writing a song, there is nothing like coming home to our best four-legged friends."

Pryor Baird added, "They have gotten us through so many hard times over the years and are always there to enjoy the great ones with us as well. We are so grateful to our family, friends and fans for submitting pictures and videos of them with their dogs as we celebrate our dogs together through this special song."

The release noted, " ‘Carry On’ reminds us that everyone has a story unique to them and invites listeners to take advantage of the time we have to learn those stories. The chorus offers a recipe to live a full life, write one's own story, and keep on carrying on.”

Celebrating the craft of storytelling in country music, these songs were penned by veteran songwriters with numerous hits under their belts, and new songwriters whose journeys are just beginning. Both tracks were produced by the award-winning hit songwriter and producer Doug Johnson.

Despite the worldwide pause in 2020, Pryor & Lee released their debut single, “Y’allsome,” and played at multiple NASCAR races.

Black River Entertainment recording artists Pryor & Lee are the epitome of how sometimes, two is better than one. This unexpected discovery came after they were brought together as roommates while competing as solo artists on NBC's singing competition “The Voice.” In January of 2020, Black River signed the duo, and the guys decided on the name "Pryor & Lee." Then it was off to the races, literally.

"Pryor & Lee" kicked off the Daytona 500 with a pre-race concert and later performed the televised national anthem at the NASCAR Bank of America ROVAL 400 at Charlotte Motor Speedway.