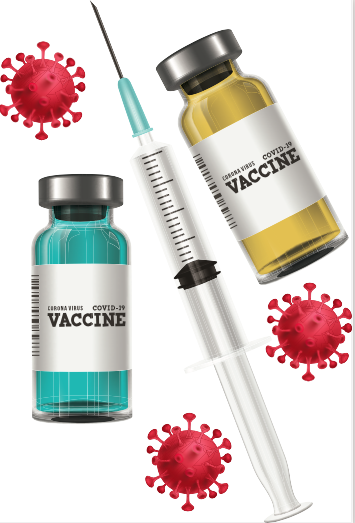 UB researchers detect 'California variants' of the coronavirus in WNY

Since the pandemic began a year ago, University at Buffalo researchers and the Erie County Public Health Laboratory have been using a process called genomic sequencing to decode the genes of SARS-CoV2 and better understand how it is evolving.

On Thursday, the researchers doing this work found evidence of the so-called “California variants,” B.1.427 and B.1.429, in virus samples of Western New Yorkers who tested positive in January.

The Centers for Disease Control and Prevention says these California variants are 20% more transmissible than the SARS-CoV-2 strain. The treatments developed for COVID-19 are reported to have a reduced effectiveness against this branch of variants.

While the arrival of more transmissible variants of the virus in Western New York raises public health concerns, it isn’t surprising, according to Jennifer A. Surtees, Ph.D., co-director of the Genome, Environment and Microbiome Center of Excellence at UB and associate professor of biochemistry in the Jacobs School of Medicine and Biomedical Sciences at UB, who leads the team doing the sequencing.

“When organisms replicate or copy themselves, there is always the probability that mistakes will be made,” Surtees said. “So as we have infections happening around the world, we are going to get more and more variations of the virus. That’s what we’re seeing.”

She noted the emergence of new and potentially more contagious variants reinforces the need for the U.S. to increase its genomic sequencing capacity and work closely with global partners such as GISAID, a Germany-based initiative that promotes the rapid sharing of data from all influenza viruses and the coronavirus causing COVID-19.

“We need to do more widespread genomic sequencing of the entire SARS-CoV-2 genome across the country in a coordinated way with open data sharing via the CDC and globally via GISAID,” Surtees said. “With this critical data sharing, it will become possible to pick up lineages that are spreading in different places at different rates.”

Surtees cautioned the presence of variants in general doesn’t necessarily translate into more transmissibility or more severe patient outcomes. She noted that most variations in the genome of the virus won’t affect how the virus works, but the persistent level of infections is a key factor in increasing the rate at which mutations occur.

“By continuing to transmit the virus so widely, we are accelerating its evolution; in effect, we are carrying out a massive, global molecular evolution experiment with this virus,” she said.

The vaccines are still expected to produce immunity, even against new variants, and Surtees noted the presence of variants makes increasing the rate of vaccinations locally and nationally even more critical.

“It’s important to vaccinate as many people as possible because not everyone responds equally to the vaccine,” she explained. “Herd immunity protects people who cannot get vaccinated, as well as those people who got the shot but who may not be able to mount as robust an immune response.”

Ultimately, the only way to slow down the evolution of potentially more transmissible or more lethal variants is to slow the circulation of the virus, she added.

“From a public health perspective, we should all be behaving as though these and many other, as yet undetected, variants are among us because they probably are. So we need to keep using masks or double masks, staying physically distant and working on getting more vaccines into people,” she said. “We don't know what is out there so we should behave as though variants of concern are out there. We need to really still be vigilant.”

The multidisciplinary team that is sequencing SARS-CoV-2 virus samples includes researchers in the department of biochemistry in the Jacobs School and scientists in the Genomics and Bioinformatics Core in UB’s New York State Center of Excellence in Bioinformatics and Life Sciences (CBLS).

“Our ability to sequence and interpret SARS-CoV-2 genomes for genomic surveillance of variants is a result of our investment in technology and experts at the Genomics and Bioinformatics Core with data analytics powered by the computational resources at the Center for Computational Research, all housed within the Center of Excellence in Bioinformatics and Life Sciences,” said Norma Nowak, Ph.D., executive director of the CBLS and professor of biochemistry.