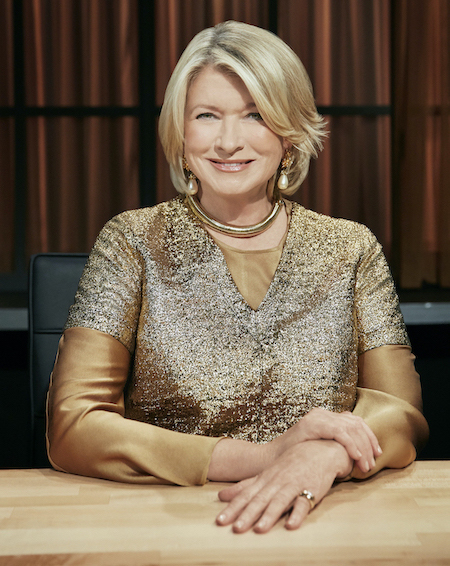 Set in an outdoor kitchen in Kennebunkport, Maine, Martha calls the shots and changes all the rules, any way she wants, as 16 fearless chefs must compete and learn to pivot to stay in the running for the $50,000 grand prize.

Hosted by Ted Allen, each hour-long episode features four chefs working with a mystery basket of ingredients through three rounds – appetizer, entrée and dessert – as they are challenged to create unique and delicious meals in a limited amount of time. But Martha has big surprises in store, turning “Chopped” upside down with curveballs thrown at the competitors every step of the way – including Martha taking control of the clock knocking the chefs off their game and adding a surprise fifth chef to battle against the competitors that make it to the dessert round.

Joining Martha at the judges table are Marc Murphy and Marcus Samuelsson, who determine the winners from the preliminary heats that will meet in the finale for a chance to take home the pay day. Which champion can keep their head in the game, no matter what obstacles Martha throws in their path, and who will be chopped?

“Martha Stewart is the definitive authority for all things lifestyle, and there is no one better at making all the rules,” Food Network President Courtney White said. “Set in one of Martha’s favorite locations, beautifully rustic and scenic Kennebunkport, the challenges presented to the chefs have Martha’s signature style written all over them.”

The first group of competitors set out to make a stellar first impression, but Martha has a twist for them concerning the pantry, as the chefs will only have access to 10 essential pantry staples. Maine-inspired basket ingredients such as blueberry pie and clam chowder set the scene for a sensational coastal feast. In another episode, the chefs learn Martha plans to have them switch cooking stations – and dishes – at any time. Extreme creativity and serious agility must be on display as the chefs need to stay focused and confident under the most peculiar and demanding of circumstances.

And in the finale, Martha plans to pull out all the stops to make the road to $50,000 as rife with challenges as possible. In the appetizer round, the chefs wonder what’s going on, when instead of a fourth ingredient, they spot some footwear in the basket. The entrée round sees the last three chefs working with a bountiful collection of New England-inspired gastronomic goodness, and an extra mandatory task in the dessert round promises to be both time-consuming and educational.

Fans can meet the chefs and learn more about Martha and her pantry essentials on FoodNetwork.com/Chopped. Follow along with the competition on social media using #Chopped. 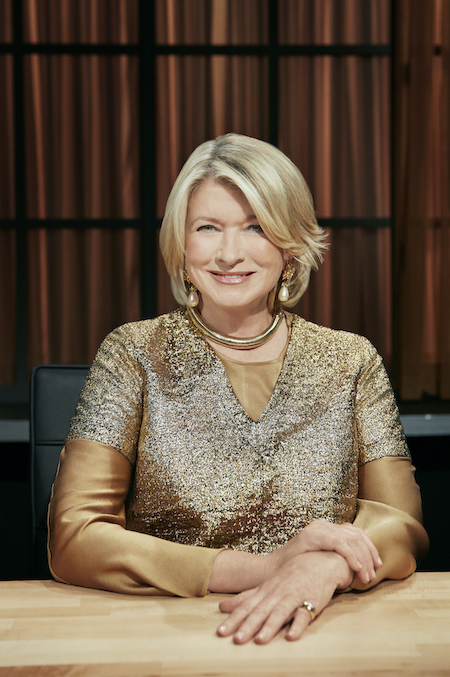