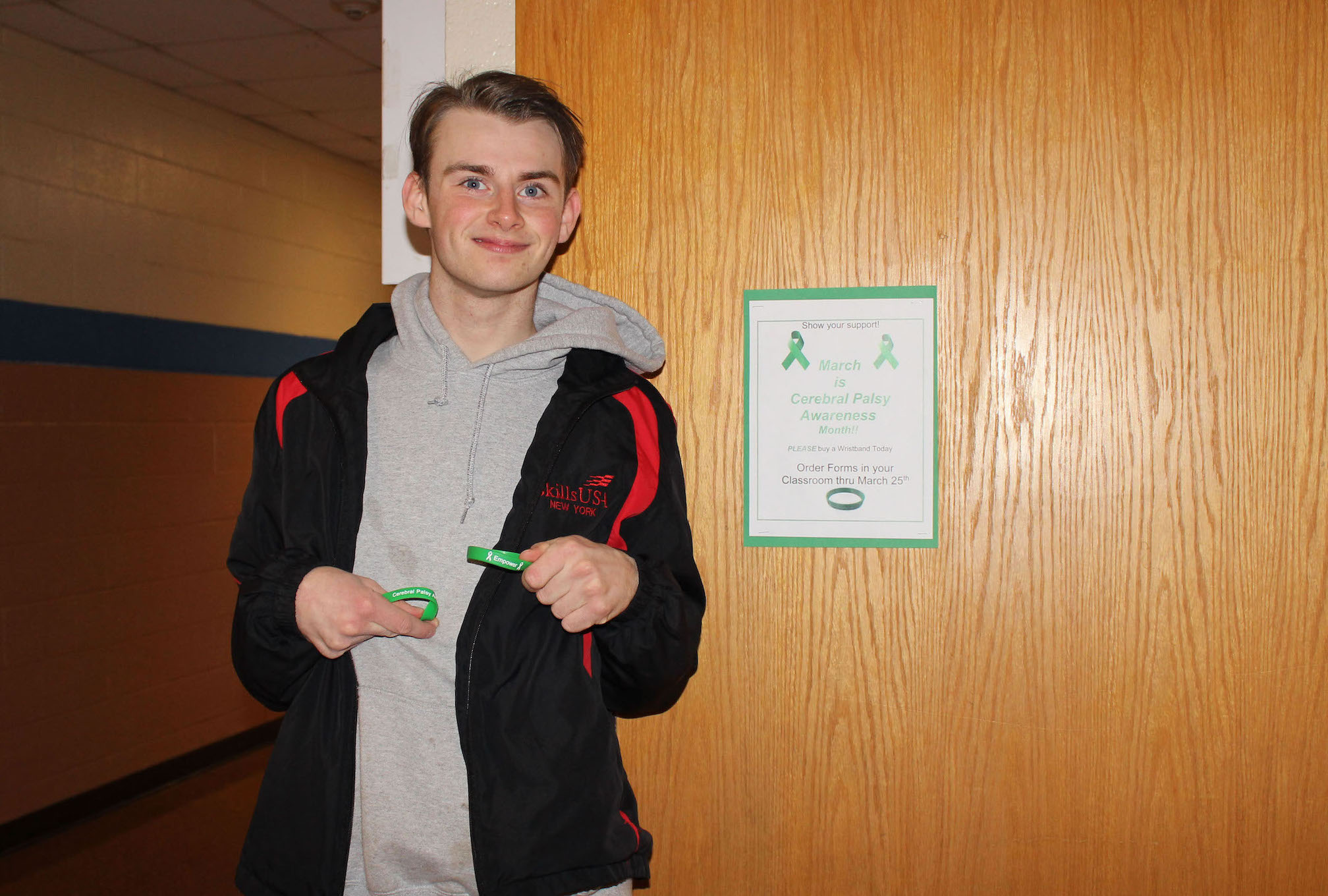 Charlie Dieteman hopes his senior year at Niagara Career and Technical Education Center (NCTEC) and Lewiston-Porter High School ends on a high note with his annual cerebral palsy fundraiser. He is selling green rubber bracelets for a dollar for an organization known as Empower. Empower is a premier service provider in Western New York that offers diverse programming and individualized care and support to make people’s lives better. Green represents cerebral palsy awareness.

Charlie has cerebral palsy and his mission for years has been to inspire and help others just like him who live with disabilities.

“I don’t let it hold me back from what I want to do in life and I want other kids to do the same thing,” he says.

His conservation teacher at Orleans/Niagara BOCES, Paul Dewey, says Charlie is an amazing student and person.

“On a scale from 1 to 10, Charlie is a 10,” Dewey says. “He is a natural leader and extremely charismatic. He has no limitations and doesn’t let anything slow him down. He is a joy to have in class. You can have the worst day and he will just lift you right up. I jokingly told him I am failing him so I can keep him another year. Just an amazing young man.”

Charlie is also a member of the SkillsUSA Leadership team and is a chapter officer at NCTEC.

SkillsUSA is a partnership of students, teachers and industry working together to ensure America has a skilled workforce. It helps each student to excel by empowering them to become world-class workers, leaders and responsible American citizens.

His SkillsUSA adviser, Julie Roloff, says when he approached her and the team about selling the bracelets to raise money for his cause, it was a no-brainer.

“We thought it was a great idea and we wanted to do this for him, so we have started the campaign for the month of March since that is Cerebral Palsy Awareness Month,” she says. “March 25 is Cerebral Palsy Day and we are asking all the students here to wear green to promote Charlie’s cause.”

Charlie says, “This is my last fundraiser as a high school senior and I hope it is big. I like to think of myself as approachable. I am open to answering questions from my classmates and community members about cerebral palsy and show people it is OK to talk about my disability. It’s very important to me to help others.”

Charlie, with his determination and philanthropic nature, will continue his efforts at Niagara University this fall where he will be in the Academic Exploration Program.