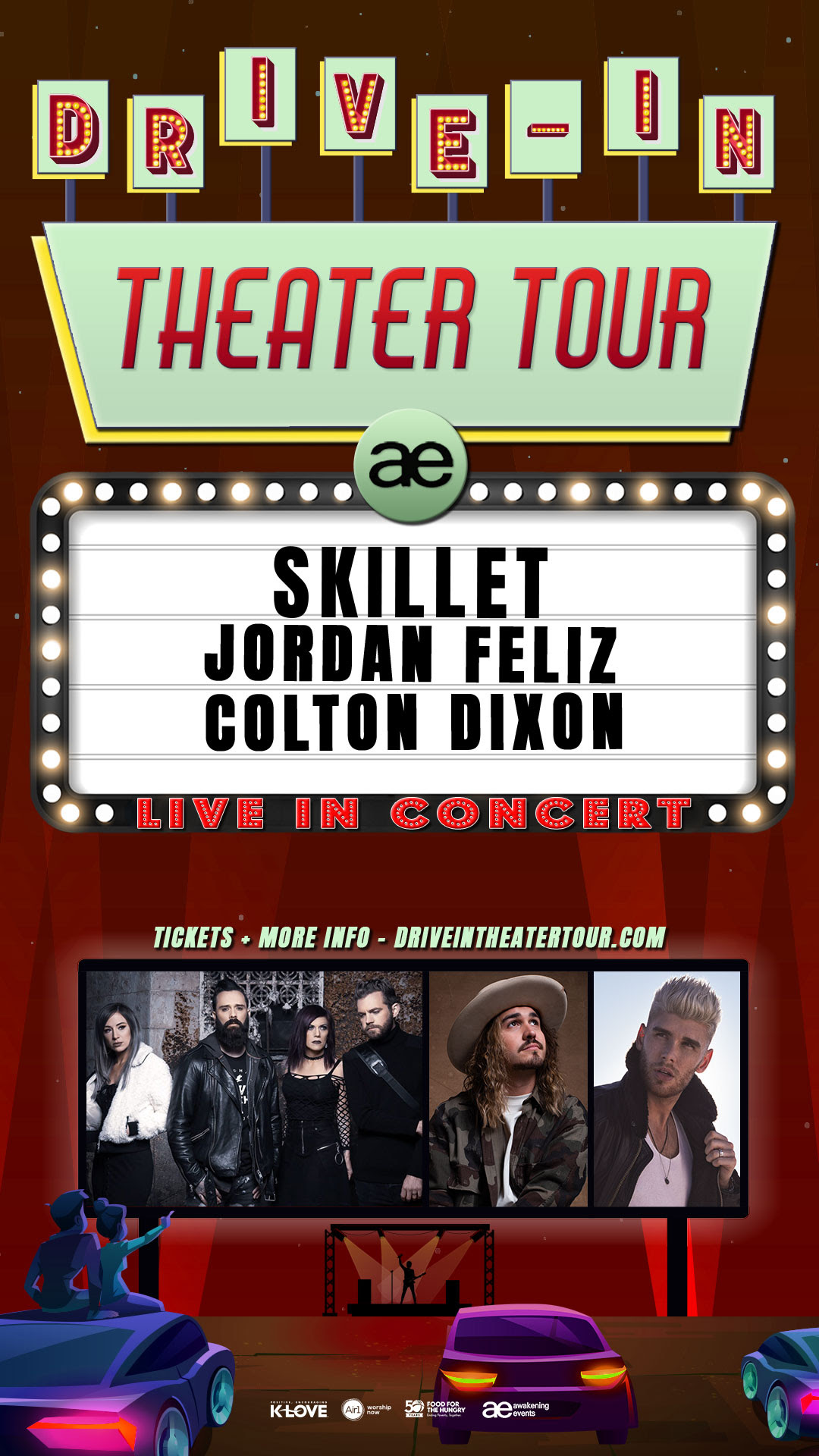 Skillet is one of the best-selling rock bands of the 21st century, garnered two Grammy nominations and are a member of the Pandora Billionaires Club. Building on the previous success of the band’s “Drive-In Theater Tour,” Awakening Events confirmed the fourth package of the series.

Skillet, along with Feliz and Dixon, will embark on a 21-city tour beginning April 22 in Mitchell, Indiana, and wrapping up May 23 in Chaffee, Missouri. The tour will make stops in Alabama, Virginia, Florida, South Carolina and Arkansas.

All dates on the “Drive-In Theater Tour” will comply with local guidelines related to COVID-19. Tickets for the tour will again be sold by the car load (up to six people per car) and will be available for purchase at noon ET Friday, March 12. A full list of cities, dates, and tickets for the tour is available here.

Some dates on the tour will not be at a drive-in theater. In these shows, billed as "An Evening Under The Stars," seating may be sold in pods or other socially distanced configurations. See event listings for full details.

“The Drive-In Theater Tour,” supported by K-Love Radio, AiR1 Radio, and Food for the Hungry, is exclusively produced by Awakening Events.

Additionally, Skillet will host a live Instagram chat at 2 p.m. Friday, to catch up with fans and answer any questions they may have.

Skillet's latest album, “Victorious: The Aftermath” out is out now.