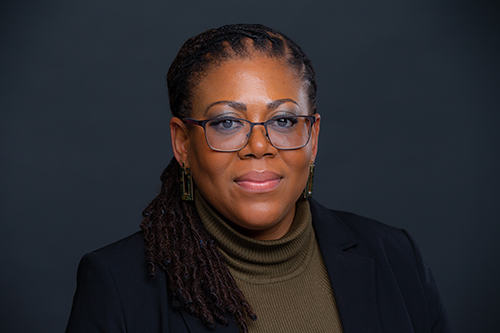 The Niagara Power Project has a new executive in charge of its operations following the appointment by the New York Power Authority of Daniella Piper to regional manager of Western New York – the top position at NYPA’s flagship hydroelectric project in Lewiston. Piper previously served as chief of staff for NYPA President and CEO Gil C. Quiniones and vice president of NYPA’s digital transformation office.

A press release stated, “Piper was promoted to her new role to better align NYPA’s statewide generation and transmission operations with its recently released ‘VISION2030 Strategic Plan,’ an ambitious 10-year plan to support New York state’s transformation to a cleaner, more resilient energy grid. Piper is the first woman to head the Niagara Power Project in its 60-year history.”

“As my chief of staff and vice president of our digital transformation office for the past three years, Daniella demonstrated the skills and experience needed to champion the work of NYPA’s talented workforce in Western New York and drive the largest capital investment in NYPA’s history: the digitization of the Niagara Power Project,” Quiniones said. “The Niagara Power Project is NYPA’s crown jewel and, with Daniella at the head of the project, I am confident the project will continue to be an engine of clean energy and economic strength for our great state well into the next century.”

Gov. Andrew Cuomo announced the launch of the Niagara Power Project’s 15-year, $1.1 billion “Next Generation Niagara” program in 2019, calling it “one of the most ambitious recent infrastructure endeavors in the state.” The planned improvements will include replacing aging equipment with the latest machinery reflecting advanced digital technologies for optimizing the hydroelectric project's performance. The digitization and upgrade project will secure the plant's long-term future as a clean power generator that spurs economic development in Western New York and across the state through its low-cost power allocation programs.

Piper, an electrical engineer, began her career at the Power Authority in 2007 as a developmental intern in the electrical engineering department. She became a full-time employee in 2008 and completed a one-year rotational engineering program where she worked in the maintenance department at NYPA’s Blenheim-Gilboa Pumped Storage Power Project in Schoharie County and at the now-retired Charles Poletti Project in New York City, as well as at the Niagara Power Project. During her time at Niagara, she learned about the daily workings of the facility under the mentorship of the operations staff. Upon returning to White Plains, Piper continued her work in the engineering department and the reliability standards and compliance group, where she helped to develop NYPA’s compliance program.

In 2014, Piper moved to the project management department where she led NYPA’s statewide $7290 million transmission life extension and modernization program, and the construction of the Marcy South Series Compensation Project in 2016, as well as many other transmission upgrades across the state.

Piper became chief of staff and vice president/digital transformation office in 2018, charged with driving the implementation of strategic initiatives by leveraging technology and building strong relationships with NYPA staff at all levels of the organization and with external partners. As chief of staff, she acted as a trusted adviser to Quiniones, and facilitated interdepartmental dialogue, ensuring greater cohesion and alignment. She was also instrumental in developing NYPA’s 10-point diversity equity and inclusion plan.

“I feel fortunate and excited to return to Western New York and am humbled by the opportunity,” Piper said. “I recognize the critical role that the Niagara Power Project and its staff play in the community and the state, and the important work to be done to achieve NYPA’s ambitious goals.”

Piper is in the process of transitioning from her current role and preparing to relocate to the Buffalo area. She will formally assume her new position beginning April 1.

NYPA is the largest state public power organization in the nation, operating 16 generating facilities and more than 1,400 circuit-miles of transmission lines. More than 80% of the electricity NYPA produces is clean renewable hydropower. NYPA uses no tax money or state credit. It finances its operations through the sale of bonds and revenues earned in large part through sales of electricity. For more information visit www.nypa.gov.