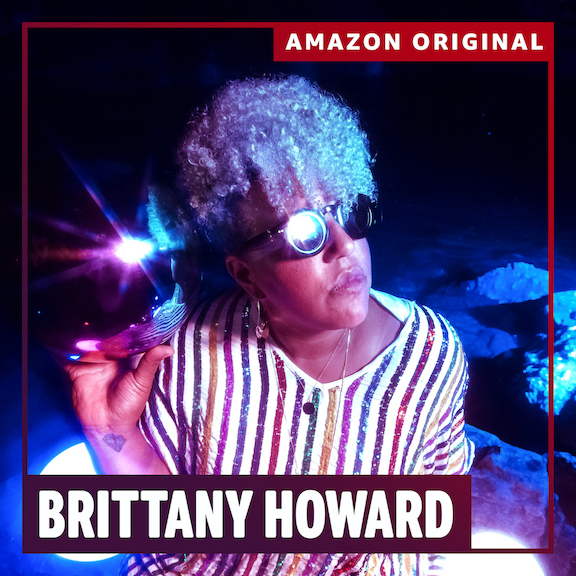 Brittany Howard is sharing an Amazon Original cover of Jackie Wilson’s "(Your Love Keeps Lifting Me) Higher and Higher," available to stream and purchase only on Amazon Music as part of the service’s programming for Women’s History Month.

Listen to Howard’s "(Your Love Keeps Lifting Me) Higher and Higher" only on Amazon Music: http://amzn.to/BrittanyHoward.

“I first heard ‘Higher and Higher’ in ‘Ghostbusters II,’ ” Howard wrote. “I became a huge fan of the song and of course of Jackie Wilson’s version. My solo band started playing the song on tour and it became one of those special moments of the show where you could feel the entire room locked in and the energy reaching the next level. I chose to release this song because it reminds me of those special nights with my band and for its message that through love we can be lifted up higher and higher.”

Howard has been nominated for seven Grammy awards as a solo artist, and has won four Grammys and received nine nominations with her group Alabama Shakes. Their 2015 sophomore album “Sound & Color” debuted at No. 1 on the Billboard 200 chart, and the band went on to perform on multiple late night shows. Howard was named the 2015 recipient of Billboard's Women in Music "Powerhouse" Award.

Howard released her debut solo album, “Jaime,” in 2019 to wide acclaim, with Pitchfork noting, "The exceptional solo debut from the Alabama Shakes singer-songwriter is a thrilling opus that pushes the boundaries of voice, sound, and soul to new extremes.” She was subsequently nominated for “Best Rock Performance,” “Best Rock Song,” “Best Alternative Music Album,” “Best R&B Performance” and “Best American Roots Performance” at the 2020 Grammy Awards.

Amazon Music listeners can find Howard’s Amazon Original cover of "(Your Love Keeps Lifting Me) Higher and Higher" on Amazon Music’s Best of Amazon Originals playlist, where tracks are curated by Amazon’s music experts. Customers can also simply ask, “Alexa play the new Amazon Original from Brittany Howard” in the Amazon app for iOS and Android and on Alexa-enabled devices.