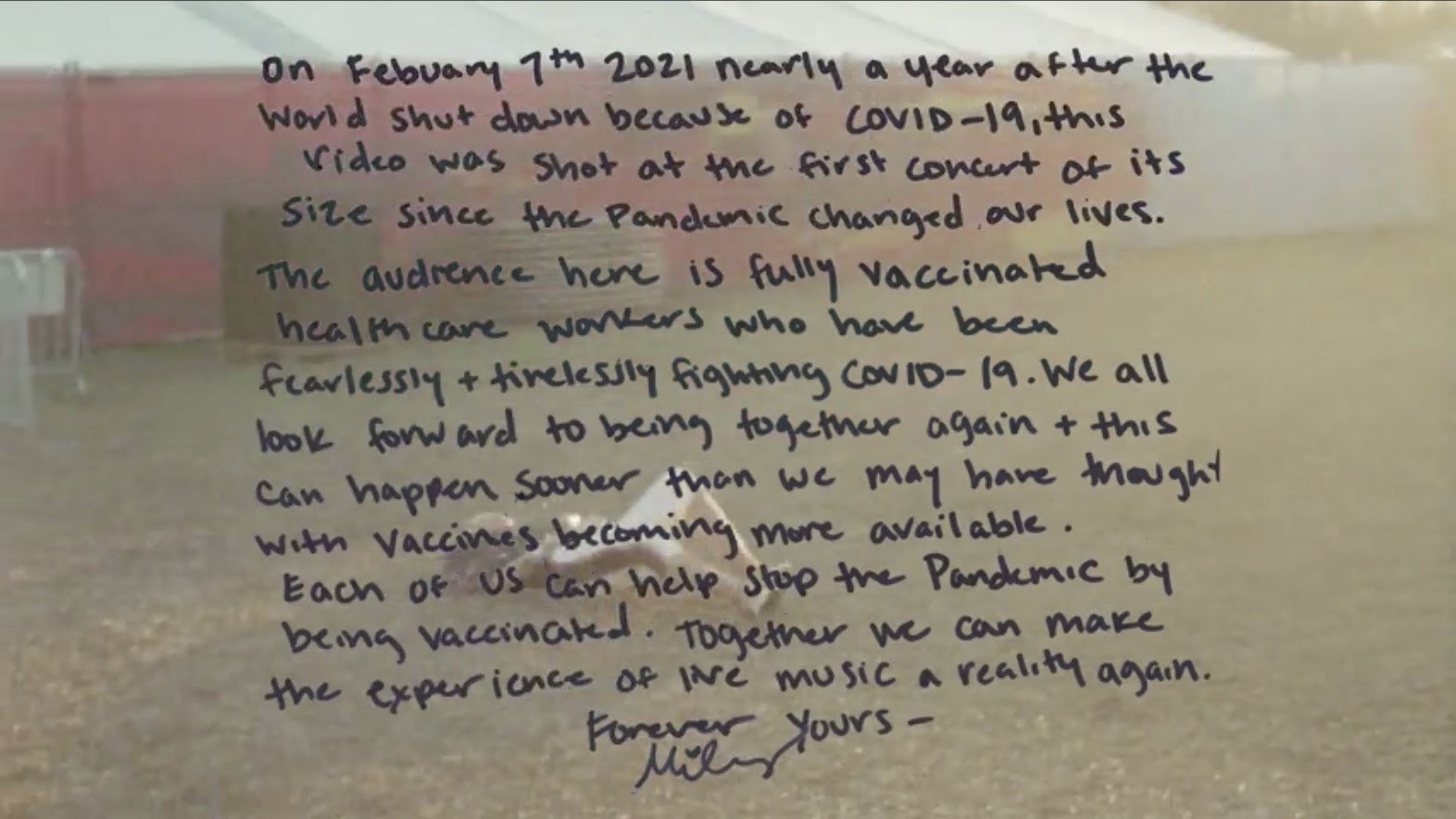 Multi-Platinum-selling recording artist, songwriter and trailblazer Miley Cyrus released the music video for her track “Angels Like You”; watch here. The video, which was filmed at the Super Bowl, was also shared on the NFL’s "Good Morning Football" and is available globally on all digital streaming platforms.

The performance footage in this video is from Feb. 7 – when Cyrus performed at the first COVID-19-compliant live music show of its size in the U.S. since the start of the pandemic nearly a year ago. The audience was comprised of fully vaccinated health care workers, the people who have so bravely and tirelessly fought on the frontlines against COVID-19. Viewers will find a special note from Cyrus at the 3:17 minute mark about the experience.

“Angels Like You” is from Cyrus’ critically acclaimed seventh studio album, “Plastic Hearts,” which debuted at No. 1 on Billboard’s Top Rock Albums chart. “Plastic Hearts” is her first No. 1 on this chart and sixth No. 1 album. It also debuted at No. 2 on the Billboard 200, giving Cyrus the most top 10 album debuts on the chart for female artists this century.