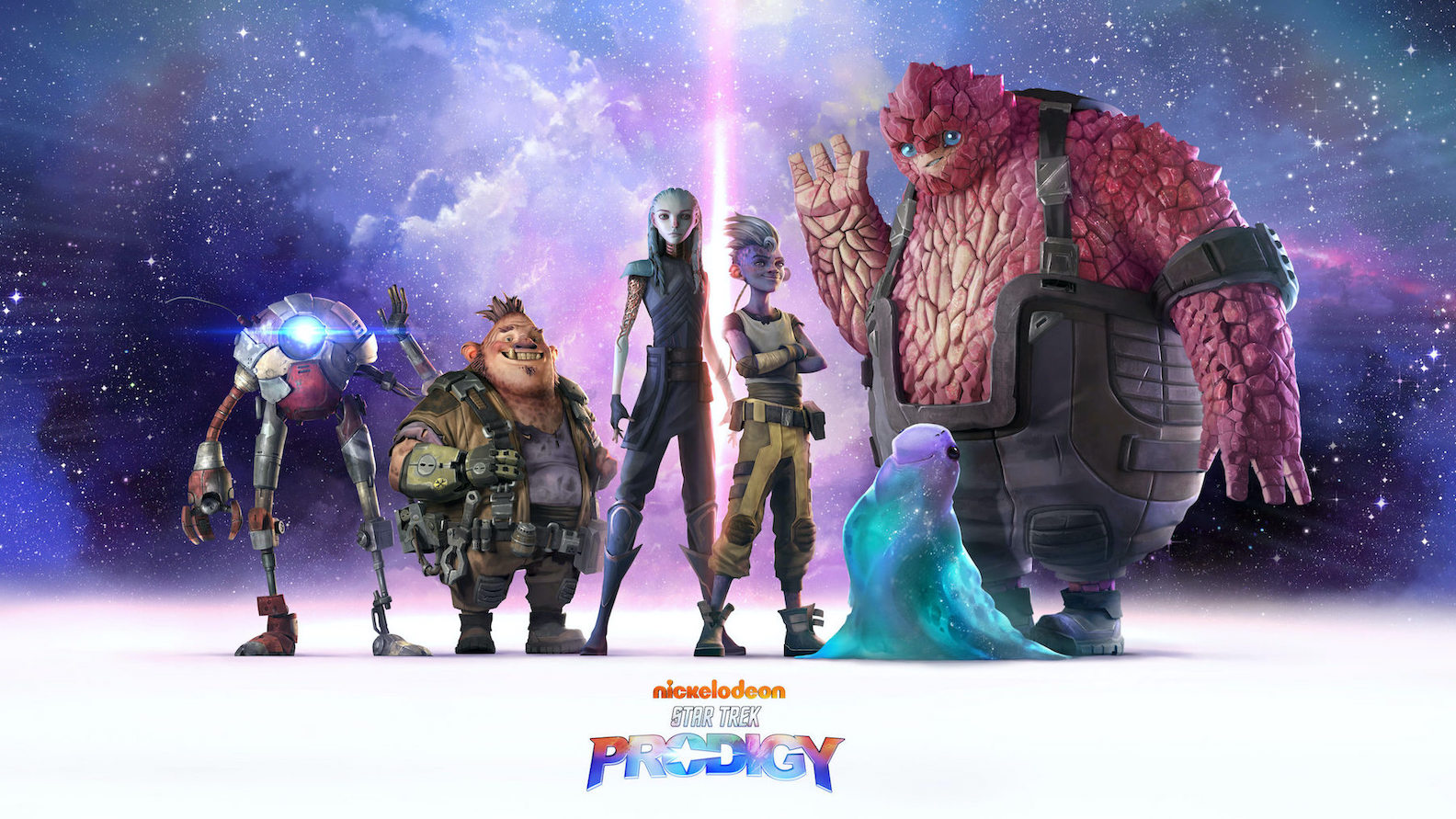 ViacomCBS recently announced the “Star Trek Universe” will head to Paramount +. The news was revealed during ViacomCBS’ investor day event for its anticipated new streaming service.

Included within the lineup is the upcoming all-new animated kids’ series “Star Trek: Prodigy” which will now premiere on Paramount+ in the U.S. in 2021. Developed and produced by Nickelodeon and CBS Studios, “Prodigy” is the first “Star Trek” series for the kids and family audience and will bow later on Nickelodeon, following its premiere run on Paramount+.

A first-look image of the “Star Trek: Prodigy” bridge crew was also released.

In “Prodigy,” six young outcasts know nothing about the ship they have commandeered – a first in the history of the “Star Trek” franchise; but over the course of their adventures together, they will each be introduced to Starfleet and the ideals it represents.

“In three years, we’ve expanded the ‘Star Trek Universe’ to new heights, creating five original series – each with its own unique storytelling and distinct cinematic feel,” said Alex Kurtzman, executive producer of the “Star Trek Universe.” “We’re so excited to partner with Dan and Kevin Hageman and the team at Nickelodeon for ‘Star Trek: Prodigy’ as we bring ‘Trek’ to a new generation of younger fans with an animated series as rich in character and scope as our live action shows. I’m thrilled audiences of all ages now have instant access to the full ‘Trek’ library, classic and new original series, on our new home at Paramount+.”

“When ‘Star Trek: Discovery’ first premiered, we knew we had the beginning of something special,” said Julie McNamara, executive vice president and head of programming, Paramount+. “Over three years later, we are thrilled that Paramount+ will serve as the streaming home of the ‘Star Trek Universe,’ with an unparalleled existing and expanding library of ‘Trek’ content. The upcoming addition of ‘Star Trek: Prodigy’ to Paramount+ means subscribers now have a ‘Trek’ series for every member of the family – including kids. We are excited to bring this next chapter to a new generation of ‘Trek’ fans alongside the creative masterminds behind Secret Hideout and Nickelodeon, as well as the talented Kevin and Dan Hageman.”

“Debuting ‘Prodigy’ on Paramount+ alongside the complete ‘Star Trek Universe’ points to our strategy of growing Nickelodeon’s reach by expanding our top franchises and diving deeper into their worlds, and their characters and stories,” said Ramsey Naito, president of Nickelodeon Animation. “And on top of having great characters and absolutely gorgeous animation, ‘Prodigy’ shows how the ViacomCBS brands can come together to make great, compelling content that appeals to both new audiences and long-time super fans. We’re incredibly proud of this series and we’re looking forward to building its audience across the Paramount+ and Nickelodeon platforms.”

Developed by Emmy Award-winners Kevin and Dan Hageman (“Trollhunters” and “Ninjago”) the CG-animated series “Star Trek: Prodigy” is the first “Star Trek” series aimed at younger audiences and will follow a group of lawless teens who discover a derelict Starfleet ship and use it to search for adventure, meaning and salvation.