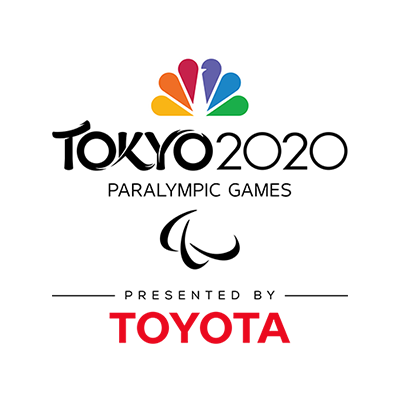 NBCUniversal is making an unprecedented commitment to the Paralympics with a record 1,200 hours of programming and six months of promotion for the Tokyo Paralympic Games, which take place Aug. 24 through Sept. 5.

In its most ambitious effort ever, NBCUniversal’s Paralympic Games coverage, which will once again be presented by Toyota, will include more than 200 hours of television coverage across NBC, NBCSN and Olympic Channel: Home of Team USA; the first-ever primetime hours on NBC; the debut of coverage on NBCUniversal’s streaming service Peacock; live coverage of the opening ceremony and closing ceremony on NBCSN; and comprehensive live streaming coverage on NBC Sports digital platforms.

Primetime broadcasts on NBC will feature the top stories and moments of the Paralympics, as NBC Sports award-winning storytellers weave edited competition coverage with athlete profiles and interviews, taking viewers inside the Games like never before. With a special focus on the athletes of Team USA, the primetime coverage will showcase the athletes’ backstories and training, motivation and performance, as they compete against the world’s best on the biggest stage in Para Sports.

√ Peacock will feature medal round action in multiple sports, including men’s and women’s wheelchair basketball and women’s sitting volleyball, all three of which were won by Team USA at the 2016 Rio Paralympics, plus wheelchair rugby and marathon races.

√ Accessibility features for all television coverage include closed captioning (CC) and video description services (VDS) to assist viewers in experiencing the accomplishments and stories of the Paralympic athletes.

Additional programming details will be announced at a later date.

Promotion will continue with an ongoing series of “Get to Know Team USA” videos published on NBC Olympics’ social and digital platforms, plus additional promotion during NBCUniversal’s coverage of the Tokyo Olympics and in the weeks between the Olympics and Paralympics this summer.

“We are proud to be America’s long-term home of the Paralympics, and Tokyo will mark new heights in our coverage and storytelling,” said Gary Zenkel, president, NBC Olympics. “We are committed to growing our coverage across our platforms and bringing to the American audience the extraordinary achievements of Para athletes well into the future, a vision shared by our Paralympic partners – Toyota, Nike, Eli Lilly and United Healthcare.”

“NBCUniversal’s commitment to the coverage and promotion of the Tokyo Paralympic Games and U.S. Paralympic Team is truly something to celebrate,” said USOPC CEO Sarah Hirshland. “This is a great reflection of our combined pledge to creating a path to parity for the Paralympic movement while bringing the incredible feats of our Para athletes into more American homes than ever before.”

“We are so thrilled to bring the Tokyo Paralympics to a broad audience with the support of our amazing partners,” said Alexa Pritting, coordinating producer for NBCU’s Paralympic coverage. “The athletes are stars both on and off the field and we look forward to telling their stories as they compete on the world’s biggest stage.”

“Our unprecedented six-month ramp up for the Paralympics across the widely distributed platforms of NBCUniversal will bring to life and amplify the incredible stories of the athletes and the Games like never before,” said Jenny Storms, chief marketing officer, entertainment and sports, NBCUniversal.

“It is a pleasure to once again work with NBCUniversal to share the Paralympic Games with American viewers, as there is no better global event for Toyota to reinforce our fervent belief that everyone is entitled to the freedom of movement in an inclusive society,” said Lisa Materazzo, group vice president, Toyota marketing, Toyota Motor North America. “Paralympic athletes demonstrate that when a person is free to move, anything is possible.”