Dorothy Holloway Westhafer, 91, a co-founder of the Kenan Center Arts Council who was an enthusiastic supporter of the arts and advocate for the preservation of green space, died Thursday, Feb. 11, 2021, in Niagara Hospice in Lockport after a brief illness.

A resident of Grand Island for more than 30 years, she had lived at Brookdale Memory Care Center in North Tonawanda for the past year.

Born in Akron, Ohio, she graduated from Buchtel High School in Akron and then from Miami University of Ohio with a bachelor’s degree in art education. She married the Rev. James Westhafer, a widower with a young daughter, in 1951 and moved to Dayton, Ohio, where he served as co-pastor at Westminster Presbyterian Church.

The Westhafers moved to Lockport in 1962, when Rev. Westhafer became pastor of Lockport First Presbyterian Church. Both were instrumental in the founding of the Kenan Center when William Rand Kenan died and left his Locust Street home and property to the church. It was Mrs. Westhafer’s Christmas gift of homemade peanut brittle to assistant pastor Ivan Orloff that inspired the assembly line peanut brittle production that financed the Lockport Interfaith Group.

She went back to college at the age of 43, earned a master of fine arts degree from the University at Buffalo, and served as the first director of the art gallery at Niagara County Community College campus in Sanborn. She taught art history there and later at SUNY Buffalo State and Niagara University. She served as a docent at the Albright-Knox Art Gallery for many years, often guiding tours for classroom groups.

After Rev. Westhafer’s retirement in 1984, the couple traveled to Turkey, Greece, Thailand, Nepal and India. The couple moved to a home on Lake Ontario in Burt in 1975 and to Grand Island in 1988. Rev. Westhafer died in 1992.

Mrs. Westhafer was a charter member and served on the board of directors of the Western New York Land Conservancy, supporting such projects as the Niagara Escarpment Preserve and the Stella Niagara Preserve. She served on the Grand Island Conservation Commission from 1993 to 2016, the last 10 years as chairwoman, working to identify and preserve valuable green space and forest as home-building accelerated on the island.

Mary Cooke, who served as Grand Island supervisor during Mrs. Westhafer’s tenure on the commission, said, “Dorothy Westhafer was tireless in her efforts to preserve green space on Grand Island and to educate others about the benefits of environmental conservation. From writing articles on various topics to being out in the field, Dorothy was always there leading others. We hiked many areas, planted trees, worked on annual beach sweeps and street cleanups and cleaned out invasive plant species on town properties. Her hard work and positive attitude set a fine example for others. Anyone enjoying the outdoors on Grand Island can thank Dorothy Westhafer for helping to preserve it.”

Mrs. Westhafer was an avid supporter of the Buffalo Philharmonic Orchestra and, in her later years, particularly enjoyed the “Friday Morning Coffee Concerts.”

She enjoyed tennis, ice skating, swimming, Scrabble, baking, bird watching, stargazing, watercolor painting and duplicate bridge, and had a lifelong passion for gardening. She was a talented seamstress and eagerly tackled projects around the house, whether it was refinishing furniture, caning chairs or dismantling her garden shed.

Due to the pandemic, funeral services will be private with a memorial remembrance planned at the Kenan Center in late summer or fall. Burial will be in Wooster Cemetery in Wooster, Ohio. 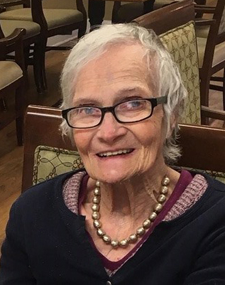