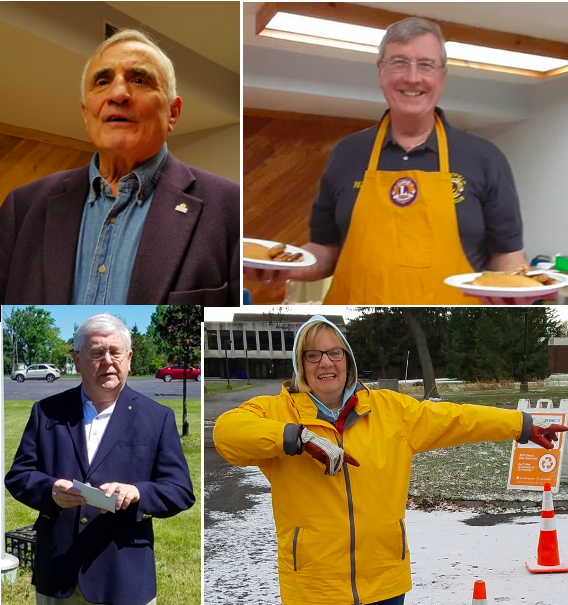 We are proud to announce our Town of Wheatfield Lion’s Club annual awards for 2020-21. We did something very different this year. We kept one award a secret from the club’s award chairman. That involved the creation of a new high-level award. The name of this award was specifically crafted to define the model for future annual presentations.

It is not specifically, or automatically for Lions, but models the type of person that illustrates Lions values. Remember, the Lion’s motto is “We Serve.” Our five main service areas include: blind, diabetics, hunger, environment and children’s illnesses (such as cancer).

Thus, this award is to be presented to someone who has achieved in service to the community and who has shown great care for the citizens of our community.

The name of this award is “The Town of Wheatfield Lions Club Annual Bill Ross Community Service Award.” Our first recipient is Lion William Ross!

Bill has done much in the service of others in this community for decades. This includes: educating students, setting examples to children in sports, service to clubs such as Lions and Rotary clubs, Niagara County legislation, community service to the Air Base, service to various businesses and projects. He cares deeply for those in need and in many different ways.

From the awards committee, the following also received awards:

Lion Agnes Ryan received the Lions Club “Member of the Year” for her dedicated and prolific care and service.

A special thanks once again to all of our members, supporters, Lions around the world, and our allies! In times like these, and in the last year, service clubs can and have meant everything to many people. We feel honored to rise to this challenge.