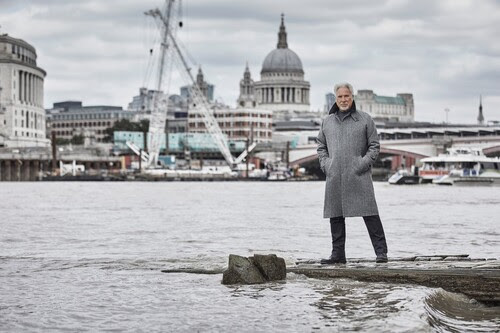 Out April 23 via S-Curve Records/BMG

Releases video for new single ‘No Hole In My Head’

Following the announcement last week of his forthcoming album “Surrounded By Time,” Tom Jones has released a new single, "No Hole In My Head," and its accompanying video. “Surrounded By Time” will be released on April 23 via S-Curve Records/BMG and is now available for preorder.

Watch the video for "No Hole In My Head" via YouTube: https://youtu.be/oN2zM8ybqMw.

"This song is powerful at any age," Jones explained. "It’s about having confidence in who you are. Particularly during this time of a pervasive, boundless media that can wield so much influence, it’s more important than ever to know and be strong in your own self."

Entering his seventh decade as a recording artist, "No Hole In My Head" and recent predecessor “Talking Reality Television Blues” depict a narrative that not only traces an incredible career but also reveals a universal relevance to a diverse contemporary audience.

Coupled with a video that features an impassioned Jones turning the tables on a mysterious shadowy oppressor, it’s a formidable pairing that imparts the nuances of the song that once again portray an artist who shows little sign of slowing up.

Co-produced by Ethan Johns and Mark Woodward, “Surrounded By Time” marks out new territory with a sonic landscape of outstanding musicianship and a vocal delivery that reimagines a diverse set of songs of personal importance that have impacted the artist throughout a long, unpredictable but undeniably impressive career.

A decade ago in 2010, Jones emerged with “Praise & Blame” – a soul-baring collection that at long last unveiled his musical roots and lifelong affection for gospel and the blues. Garnering the best reviews of his career, he moved forward with “Spirit In The Room” and “Long Lost Suitcase,” a trilogy that reaffirmed his unique gifts, his standing in popular music and brought him to a hitherto untapped audience.