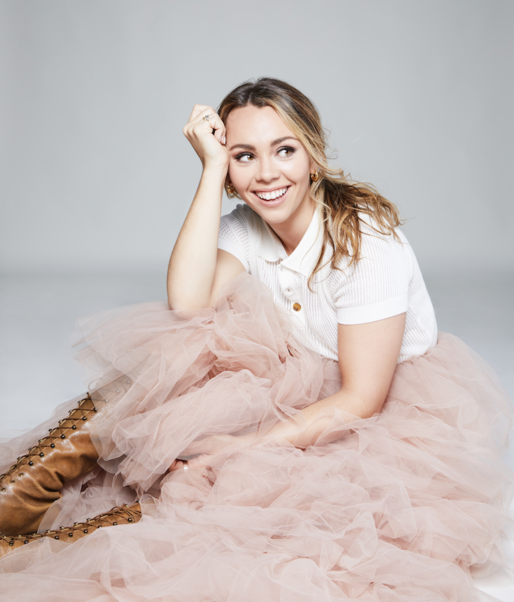 In partnership with Halogen Entertainment, Fair Trade Services is excited to share "Jesus Happened," the new song from their newest signing: artist and songwriter Baylor Wilson. Out today on all platforms (along with a new lyric video), "Jesus Happened" is Wilson's “over-the-top joy for the Lord that she radiates, spilling over onto everyone she meets,” a press release stated.

Produced by Jeff Pardo (Mandisa, Matthew West, Danny Gokey), "Jesus Happened" is Wilson’s story of meeting Jesus and being changed from the inside out.

“After my encounter with Jesus, people would see me and say, ‘What happened to you?’ " she said with a smile that matches the joy of the song. "I figured out the easiest way to explain it was that Jesus happened!”

At 26, Wilson has already lived a lot of life – starring in season 29 of CBS’ "Survivor," scoring a country music publishing deal, competitive cheerleading, to name a few – before graduating from college. But, those moments were just a precursor to the life she found when she met Jesus.

Growing up in Dallas, she arrived in Nashville after a chance meeting with Jeff Hanna, lead singer of the legendary rock band The Nitty Gritty Dirt Band. It was Hanna who encouraged the then high school senior to pursue her music dreams. Taking his advice, she moved to Nashville to attend Belmont University. Once there, she dove into country music and played her songs at every showcase and venue she could.

Wilson was a college sophomore when she appeared on CBS’s hit show "Survivor," teaming up with her mom to spend 37 grueling days in Nicaragua, where she ended up finishing in fifth place (her mom made the top three). But it was a year after graduation that she walked into an auto body car shop turned church one Sunday with a friend and her life changed forever.

“I walked in and they were worshipping and singing. It was the first time I felt free to really worship,” Wilson said. “I felt God’s tangible presence fall over me for the first time. I was weeping and weeping, realizing I didn’t want to live the way I was living anymore. I didn’t want to fill my life with things like partying and drinking and dating the wrong people. I felt a profound peace that night. Later, I found out it was because I met the Prince of Peace.”

Fair Trade Services recognized her talent from the catalogue of country songs she’d written, while also seeing Wilson's desire for spreading the love of Jesus as far and wide as she could.

“This launch with Baylor could not be more timely fitting for me personally as I am reflecting on the launch of Amy Grant’s ‘Heart in Motion’ album 30 years ago," said artist manager Michael Blanton of Halogen Entertainment. "To see the talent and energy of Baylor today and her commitment to her faith reminds me so much of those landmark days 30 years ago.”