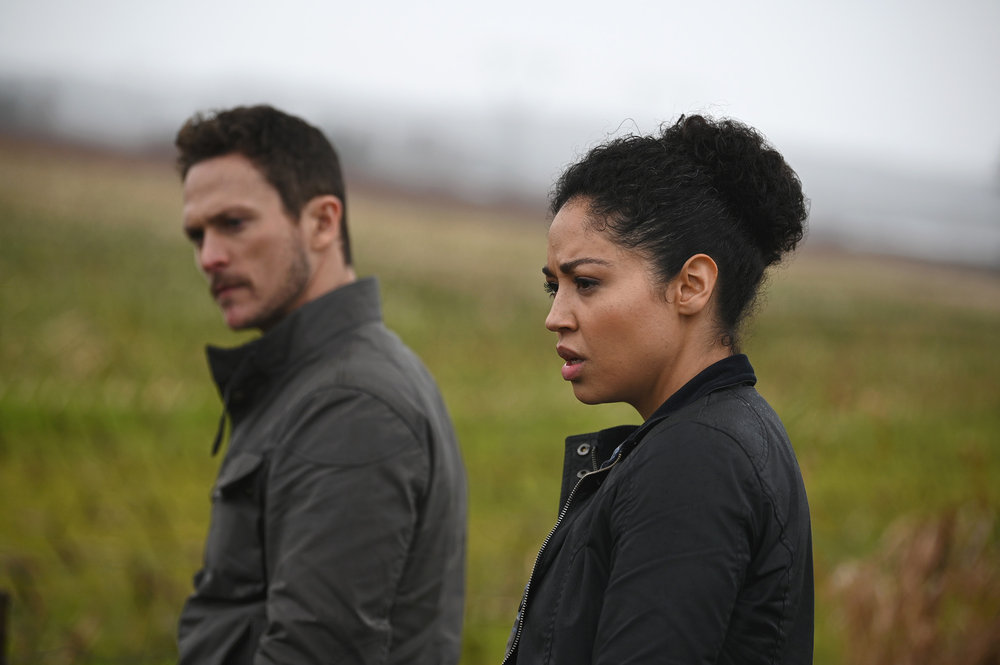 Pictured in the "Debris" pilot, from left: Jonathan Tucker as Bryan Beneventi and Riann Steele as Finola Jones. (NBC photo by Sergei Bachlakov)

When wreckage from a destroyed alien spacecraft scatters across the Western Hemisphere, it soon becomes apparent the pieces are messing with the laws of physics, changing lives in ways we can’t comprehend. Two agents from different continents, and different mindsets, are tasked to work together to recover the debris, whose mysteries humankind is not quite ready for.

To see a preview of “Debris,” click here: https://youtu.be/32sA_i1kzCc

“Debris” is produced by Frequency Films and Legendary Television in association with Universal Television, a division of Universal Studio Group.