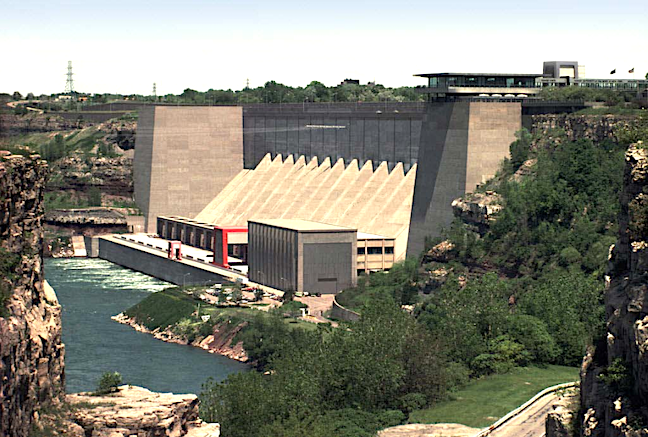 The allocations of 11,650 kilowatts of low-cost hydropower from NYPA's Niagara Power Project in Lewiston will be awarded to Stavatti Aerospace and Trek in Niagara County and to Life Technologies and Sucro Real Estate NY in Erie County. Each company will utilize the low-cost power to create or expand new facilities and hire new workers.

"COVID-19 has caused widespread damage to our economy that shouldn't be swept under the rug, and it will take a concerted effort from government and the private sector to facilitate new economic development opportunities for all New Yorkers and bring our state back," Cuomo said. "These low-cost power allocations will help four innovative companies to break ground on new projects, create hundreds of good jobs and invest hundreds of millions of dollars in the Western New York economy. Our state's economy is reeling, but we will bring it back stronger than ever before."

Lt. Gov. Kathy Hochul said, "Like thousands of Western New Yorkers, my father and grandfather worked at the Bethlehem Steel plant, and my grandmother worked during the war effort in aerospace manufacturing. For families like mine who lived through the industrial decline of Western New York, today's announcement signals a long-overdue rebirth of highly visible abandoned properties and support for businesses. Not only will these allocations create good-paying jobs, they will further unleash the full potential of Western New York as an economic powerhouse for the post-pandemic future."

Stavatti Aerospace in Niagara Falls, an aircraft manufacturer focused on the design and production of military, commercial and general aviation aircraft, was awarded a 2,700-kW hydropower allocation to create 363 jobs and invest up to $156 million to establish an aircraft research, design and prototyping facility at Niagara Falls International Airport. The project is expected to be completed in 2022.

Trek in Lockport, a manufacturer of electrostatic measurement and high-voltage solutions, was awarded a 350-kW hydropower allocation to create 30 jobs and invest $6 million to establish a new center at its existing facility that would allow the company to centralize engineering resources, develop new manufacturing capabilities, and eliminate redundancies within its organization.

Life Technologies on Grand Island, a subsidiary of Thermo Fisher Scientific, is a producer of cell culture products for the pharmaceutical industry. The firm was awarded a 3,600-kW hydropower allocation to create 140 jobs and invest $175 million to construct a 43,500-square-foot addition to its Grand Island plant to accommodate the production of animal-origin-free and advanced granulation technology products. The project would also support an upgraded water for injection system to increase the production capacity of approximately 12,000 square-feet of renovated space. Life Technologies will be undertaking construction on the expansion later this year.

Sucro Real Estate NY was awarded a 5,000-kW hydropower allocation to establish a full-scale sugar refinery at the former Bethlehem Steel site in Lackawanna, creating 50 jobs and a capital investment of $19 million. The new plant will produce organic and conventional refined sugar as bulk and packaged products in both granular and liquid forms. The project site encompasses 12 acres, which includes three large buildings requiring extensive renovations. Sucro is planning to begin construction on multiple phases of the project in 2021.

NYPA Chairman and Buffalo resident John R. Koelmel said, "Low-cost hydropower from the Power Authority's Niagara power plant has been a cornerstone of the Western New York economy for decades. We are very proud to make these four significant power allocations in support of significant investments, which will create more than 500 new jobs and spur exciting growth throughout the region, helping to reinvigorate our economy in 2021 and beyond."

NYPA President and CEO Gil C. Quiniones said, "These power allocations are critical to businesses looking to press forward and safely rebound from the COVID-19 pandemic. As a good neighbor, NYPA is committed to supporting businesses in Western New York as we align with Gov. Cuomo's ‘NY Forward’ plan and return to work safely. These allocations to innovative businesses in Western New York will help us reimagine, rebuild and renew as we not only recover from the pandemic, but as we grow a thriving green energy economy."

Low-cost Niagara hydropower is available for companies within a 30-mile radius of NYPA's Niagara Power Project or businesses in Chautauqua County. Niagara hydropower is linked to tens of thousands of existing jobs in the region. More information about business growth opportunities supported by NYPA is available on its economic development webpage.

New York State Sen. Tim Kennedy said, "As we continue to rebuild our economy, these critical allocations by New York state will provide a significant boost to our workforce and create new opportunities for long-term investment in Western New York. I congratulate Sucro Real Estate NY, Life Technologies, Trek and Stavatti Aerospace on these exciting awards, and look forward to their continued growth and expansion across our region."

Senate Republican Leader Robert Ortt said, "This significant investment from NYPA could not have come at a better time. The ongoing coronavirus pandemic has affected almost every part of our daily life, with our economy being one of the most heavily impacted aspects. The allocation of over 3,000-kW of power from the New York Power Authority to Stavatti Aerospace and Trek Inc. will give our local area a jolt of energy that is greatly needed at such a crucial time."

Assemblyman Angelo Morinello said, "The New York Power Authority has long been providing low-cost hydropower to companies who are willing to invest locally. We are particularly excited about the Stavatti Aerospace project at the Niagara Falls International Airport and Life Technologies in Grand Island. The number of job opportunities these endeavors will provide to the area will be a great boost to our local economy and help to jumpstart the region as we move to recover from the pandemic."

Cuomo's nation-leading climate agenda is the most aggressive climate and clean energy initiative in the nation, calling for an orderly and just transition to clean energy that creates jobs and continues fostering a green economy. Enshrined into law through the Climate Leadership and Community Protection Act, New York is on a path to achieving its mandated goal of a zero-emissions electricity sector by 2040, including 70% renewable energy generation by 2030, and to reach economywide carbon neutrality.

NYPA is the largest state public power organization in the nation, operating 16 generating facilities and more than 1,400 circuit-miles of transmission lines. More than 80% of the electricity NYPA produces is clean renewable hydropower. For more information, visit www.nypa.gov.