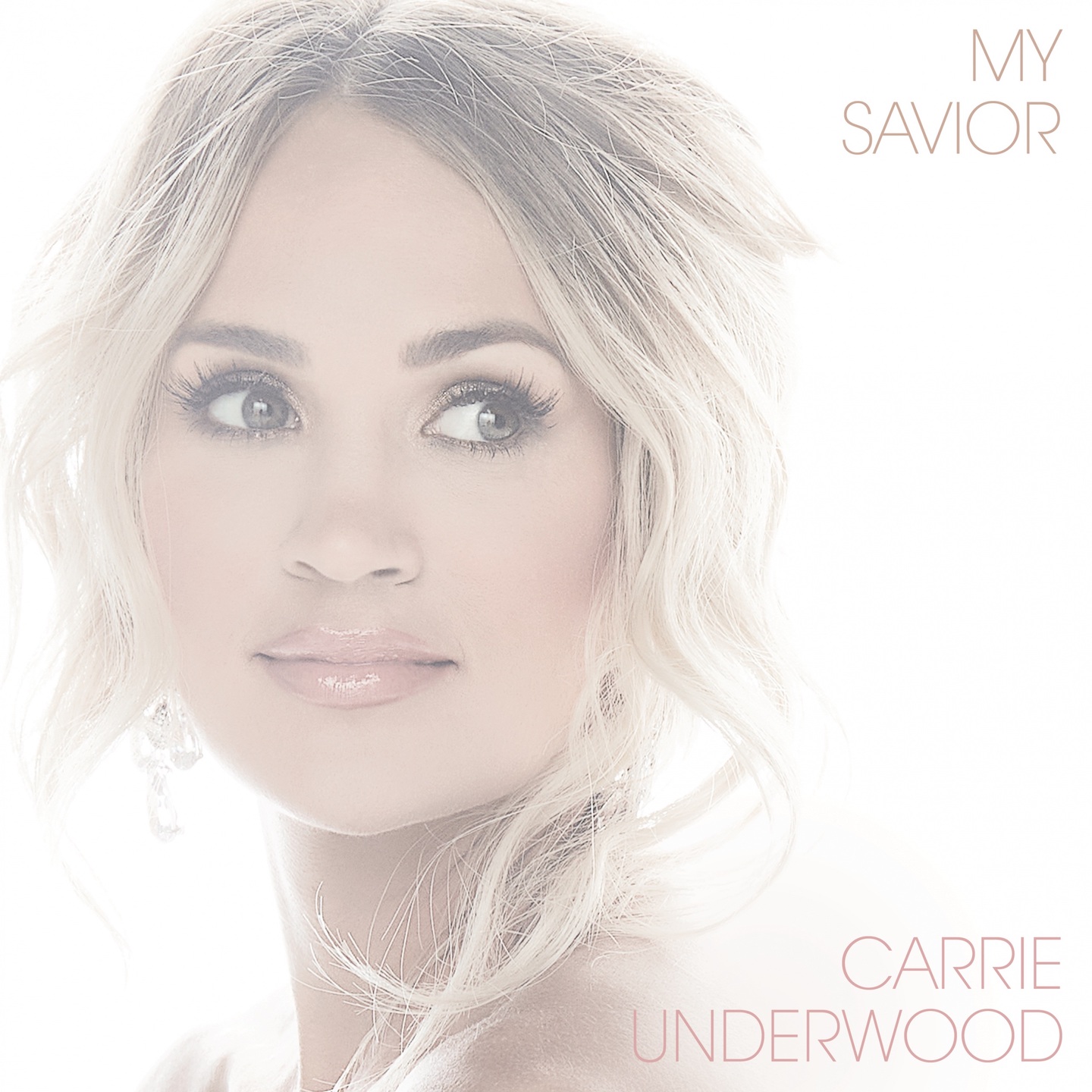 Seven-time Grammy Award winner Carrie Underwood will follow the extraordinary success of her recent Christmas album, “My Gift,” with an album of gospel hymns, titled “My Savior.” The new album will be released on CD and digital March 26, just prior to the Easter holiday, and on vinyl April 30.

“My Savior” is co-produced by Underwood and Grammy winner David Garcia, with whom she co-produced her critically acclaimed 2018 album “Cry Pretty,” her seventh album to be certified Platinum or multi-Platinum by the RIAA.

Underwood recently revealed the album cover art, photographed by Joseph Llanes, and released a video trailer for “My Savior.”

“My Savior,” which will consist of covers of traditional gospel hymns Underwood grew up singing, is a spiritual companion to Underwood’s first Christmas album.

“It’s been such a blessing to make music like this, inspirational music that is near and dear to my heart,” Underwood said. “These two albums have been on my musical bucket list since the beginning of my career and were planned long before the events of the past year, but somehow it feels like the perfect time to share these beloved songs with the world.”

Underwood’s co-producer on “My Savior,” David Garcia, is a multi-Platinum-selling, four-time Grammy-winning record producer and songwriter. With his early roots in Christian music, over the past decade he has achieved chart-topping success across multiple genres of music with over 20 No. 1 songs to his credit. He has twice been named ASCAP’s Christian Music Songwriter of the Year (2015 and 2019), has written three ASCAP Award winners for Christian Music Song of The Year, as well as won nine Dove Awards. In addition to co-producing the “Cry Pretty” album, Garcia and Underwood’s collaborations include co-writing tracks such as her No. 1 hit “Southbound” (with Josh Miller), “Drinking Alone” and “Love Wins (both with Brett James), all of which have been certified Gold by the RIAA, as well as the original tracks “Let There Be Peace” and “Sweet Baby Jesus” (both with Brett James) on “My Gift,” among others.

Five songs from “My Gift” appeared on the top 40 holiday radio music chart: “Hallelujah” (duet with John Legend), which was the third most played current title across all radio stations running holiday music in 2020; “Little Drummer Boy” (featuring her 5-year-old son, Isaiah Fisher); “Have Yourself A Merry Little Christmas”; “Let There Be Peace”; and “Mary, Did You Know?”

Underwood became the first woman to replace herself at No. 1 on Billboard’s Hot Christian Songs chart when “Hallelujah” sent her Amazon Exclusive “Favorite Time of Year” to the No. 2 spot, marking her third No. 1 on that list. Additionally, for three straight weeks, she held the top three slots on the list, with her recording of “Silent Night” at No. 3, making her the first artist to hold the top three positions on Hot Christian Songs for multiple weeks.

“My Gift” featured a combination of beloved traditional favorites celebrating the spiritual nature of the holiday, as well as several new originals, including the two written by Underwood, Garcia and James. Grammy-winning producer, mixer, songwriter and multiinstrumentalist Greg Wells produced and arranged the album.

Underwood first surprised fans with news of “My Savior” on Christmas Day with a special video message.

Underwood emerged from the promise of her 2005 “American Idol” win to become a true multiformat, multimedia superstar, spanning achievements in music, television film, and as a New York Times bestselling author and successful entrepreneur. She has sold more than 64 million records worldwide, recorded 27 No. 1 singles (14 of which she co-wrote), and has seven albums that are certified Platinum or multi-Platinum by the RIAA, all while continuing to sell out arena tours across North America and the U.K.