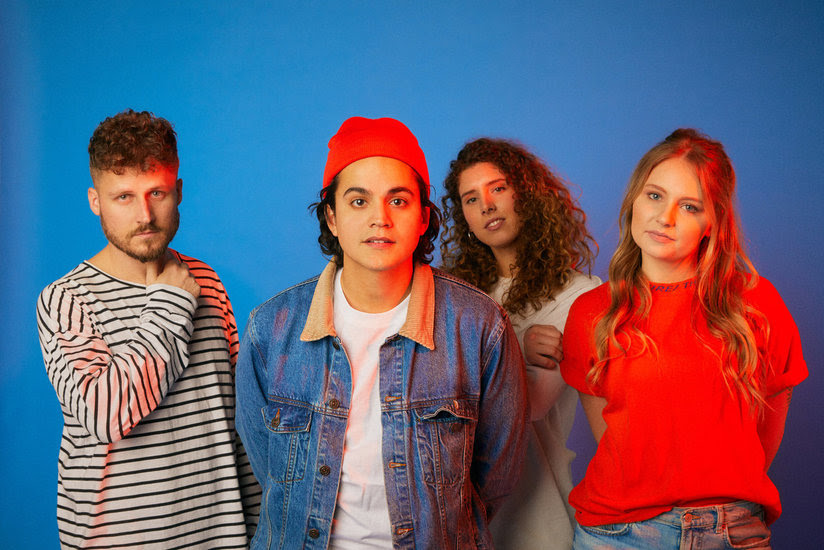 For SEU Worship, 'Clouds Are Clearing'

Also debuting is the video for "After Your Heart (ft. Elle Limebear)" that appears on “Mixtape 1A,” followed the group's label debut, “A Thousand Generations.” Together, the two albums have garnered more than 16 million streams worldwide.

SEU is confident in bringing the sounds of pop music into their worship services, knowing that simultaneously they are bringing worship into the pop world. It is the mixing of tradition with the future with pop elements that are highlighted on the mixtape projects that makes them unique.

"Our mixtape releases are basically the creative overflow from our regular rhythm of writing and creative," shares SEU Worship's Dan Rivera. "We set aside two to three a times a year to collaborate with producers and writers as we work on our records. After the past two years of releases, we looked back at our folder of unused songs and were surprised by the upbeat collection of songs we had in there. An idea started to surface — what if we released a big mixtape with all of our unfinished songs that didn’t find a home? And it didn’t stop there. What if we asked some of our friends to help us finish them or feature on these songs? That’s how ‘Clouds are Clearing’ came to be. It was like raw songwriting and music making. It’s been a very special experience."

Some of those special friends included on the two albums include KB, Limebear, Hollyn, Marty from Social Club Misfits and Alexander Pappas of Hillsong Young & Free. And due to the pandemic, they were able to record the collabs remotely since they weren't able to do a live album. Like everyone, last year's beginning of the pandemic caused a shift in how they approached things and, being that they are a college-based group, they had to get creative.

"The pandemic has really grown our family dynamic as a community in Lakeland," Rivera said. "When the touring slowed down, the tide of relationship and teamwork started rising in our group of students and pastors. The biggest change for our on-campus worship services is that we have to limit capacity and offer more worship opportunities. We’ve taken advantage of the added services by experimenting with new songs, and making space for newcomers to join the team. As far as songwriting and production goes, it definitely has cause us to get innovative with how we collab with others."

SEU Worship, the worship movement of Southeastern University in Lakeland, Florida, has stepped into a new sound and vision they are calling "prophetic pop." Unique in the worship world, SEU Worship is a collaboration between the faculty, staff, students and alumni, and it is a reflection of the worship movement happening during weekly chapels. SEU Worship's core artists include Dan Rivera, David Ryan Cook, Kenzie Walker and Sydney James. The lead vocals are a mixture of the core artists and students from Southeastern University.