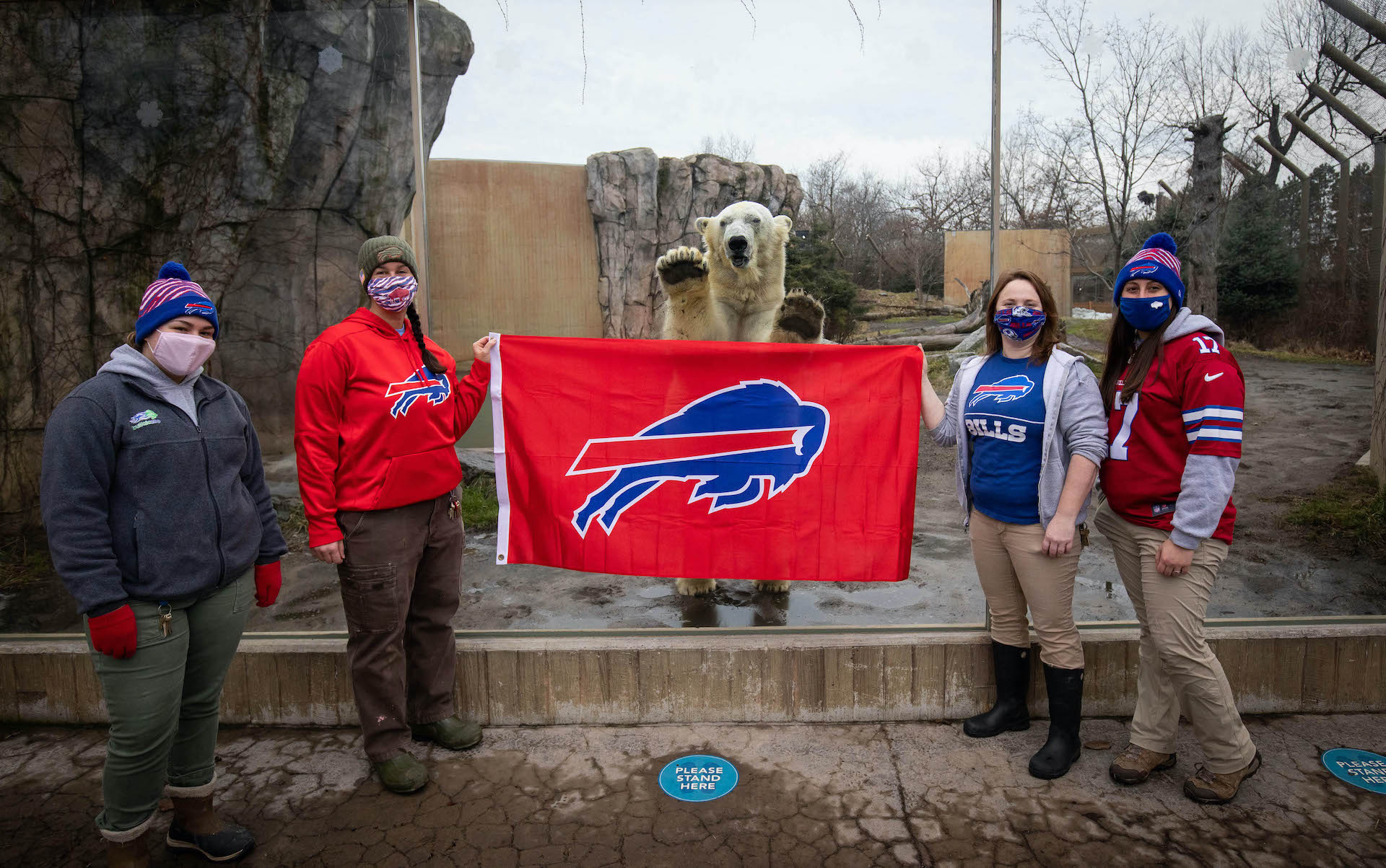 There is, perhaps, no larger Buffalo Bills fan than Luna, shown here with Buffalo Zoo staff.

“All of us at the Kansas City Zoo are big Chiefs fans, even our polar bears Nuniq and Berlin. We can’t think of a better way to celebrate making it to the AFC championship than supporting both our hometown team and polar bear conservation at the same time. It’s a win for everyone!” said Randy Wisthoff, executive director/CEO of the Kansas City Zoo.

“Our team, like the rest of the community here in Buffalo, has Bills fever, and we can’t wait for this weekend's matchup,” Buffalo Zoo President and CEO Norah Fletchall said. “I know our colleagues in Kansas City feel the same way for their team. No matter the outcome, this friendly wager is a win for polar bears and another outstanding conservation organization.”

The largest land carnivore in the world, the polar bear sits at the top of the Arctic food chain. However, the most recent International Union for Conservation of Nature report estimates there are only 26,000 polar bears left in the wild. The IUCN lists the polar bear as a vulnerable species, citing loss of Arctic sea ice due to climate change as the most severe threat to polar bears.

Conservation is a priority for the Buffalo Zoo, the Kansas City Zoo, and all institutions that belong to the Association of Zoos and Aquariums. Collectively, AZA-accredited zoos and aquariums fund more than 2,500 conservation projects in more than 100 countries and spend on average $160 million on conservation initiatives annually. The Buffalo Zoo and the Kansas City Zoo directly contribute to the long-term survival of species in natural ecosystems and habitats through both species-specific and habitat-focused conservation projects.