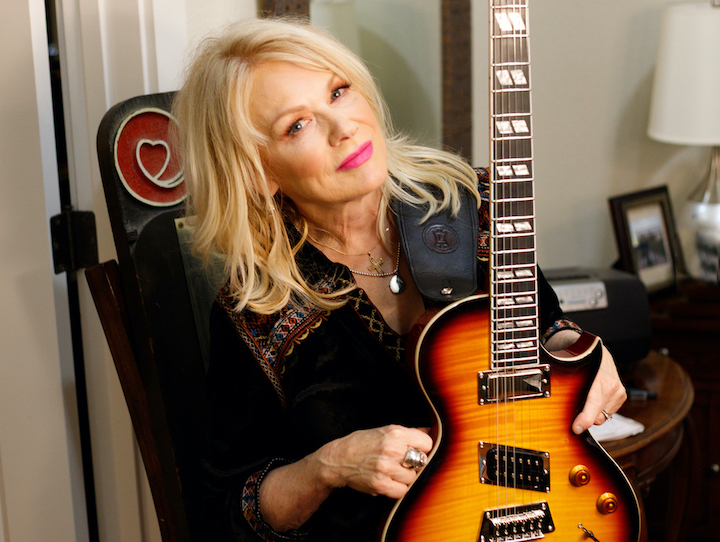 Her second guitar with Gibson Brands

"﻿In the midst of the distant ’80s, I was approached by Gibson to design a signature model,” Wilson said. “I put pencil to paper to first design the body shape and chose a curvy female diminutive silhouette for the cut away. Many years later, the body shape remains exact and the hardware I requested makes the ‘Fanatic’ a solid citizen amongst the great rock guitar screamers.”

A guitar virtuoso from the age of 9, Nancy – and her sister, Ann – lead the multi-Platinum group Heart, which sold over 35 million albums, garnered 10 Top 10 albums, was nominated for four Grammy Awards, and was inducted into the Rock and Roll Hall of Fame.

A press release noted, “Nancy is revered as an ingenious guitar player, as well as a gifted songwriter and lead vocalist. In an era when females in rock ‘n’ roll were scarce, Nancy carved out a place for women to front rock bands and dominate on stage across the globe. In fact, that’s Nancy singing on Heart’s first No. 1 hit song, ‘These Dreams.’ As a songwriter, Nancy has co-written a collection of indelible songs that have earned their way into the classic rock canon, including ‘Magic Man,’ ‘Crazy on You,’ ‘Barracuda,’ ‘Straight On’ and more.”

In April, Wilson will release the first solo album of her storied career via Carry On Music. She plays guitar and sings every song on the new album, which features collaborations with Sammy Hagar, Duff McKagan and Taylor Hawkins (Foo Fighters). The first single, “The Rising,” is Wilson’s rendition of the Bruce Springsteen song. Listen to “The Rising” HERE.

Watch the interview below as Wilson discusses the creation of the new Epiphone “Nancy Wilson Fanatic” (HERE).

“We are proud to present the exclusive, ‘Nancy Wilson Fanatic’ guitar to the world,” said Krista Gilley, brand director of Epiphone and Kramer. “It’s such an honor to work with Nancy, an icon who has been instrumental and influential to generations of players around the world. She has paved the way for female musicians to believe in their passion, talent and in music, and that comes with an obligation for all of us at Epiphone to pay tribute to Nancy.” 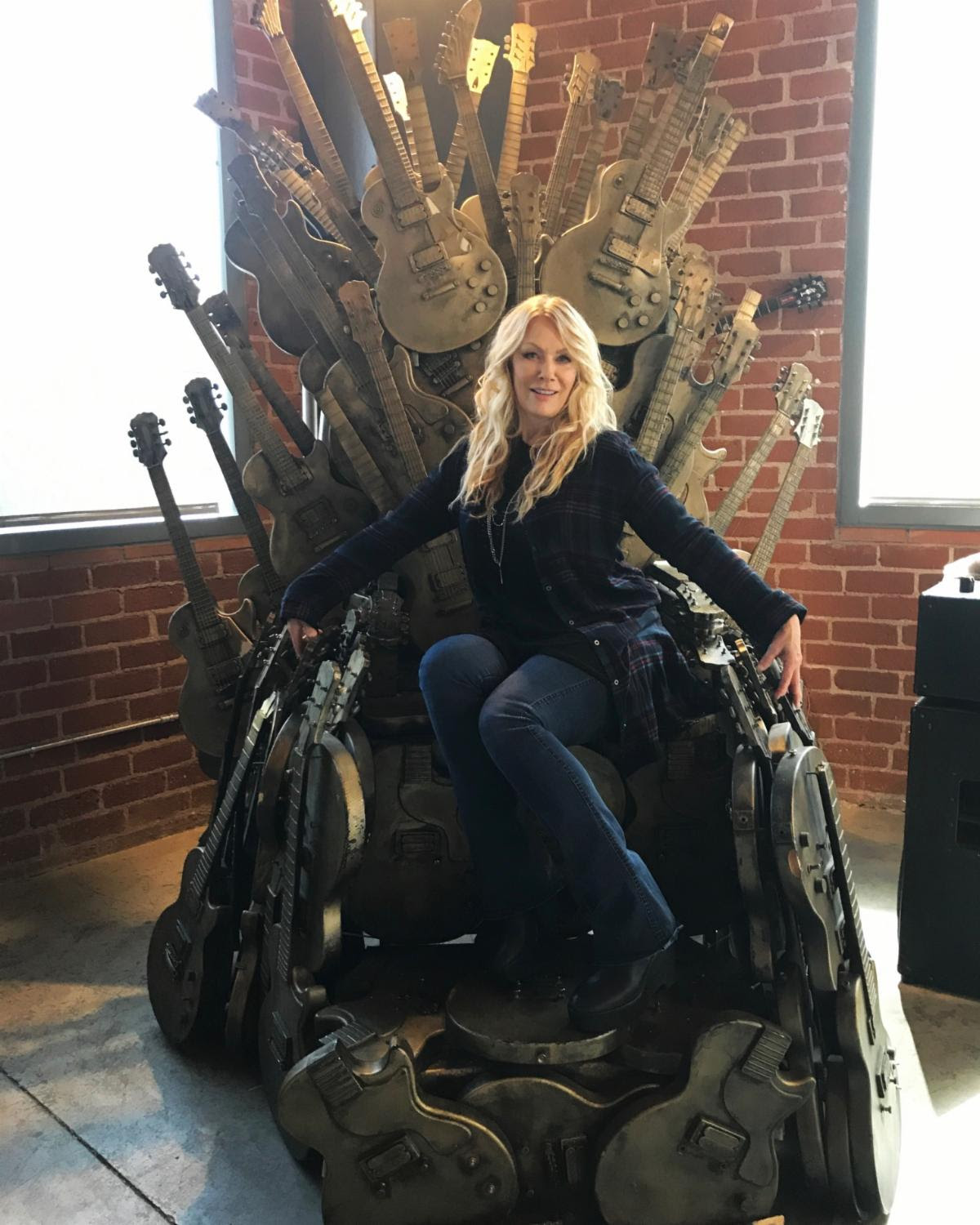 After 35 million albums sold worldwide, Nancy and Ann Wilson were honored with the ASCAP Founders Award in 2009/ ASCAP’s most prestigious honor is awarded to songwriters who have made pioneering contributions to music. Nancy’s status as a music icon was cemented further when Heart was inducted into the Rock ‘n’ Roll Hall of Fame in 2012. That same year, she and her sister received a star on the Walk of Fame in Hollywood. In 2013, the Wilson sisters celebrated another career milestone when they performed Led Zeppelin’s “Stairway To Heaven” at the Kennedy Center Honors.

A press release stated, “Their note-perfect performance was met with rousing cheers and a standing ovation in the staid concert hall, which brought the members of Led Zeppelin to tears; the video went viral on YouTube (here).”

A longtime film buff, Wilson has an encyclopedic knowledge of the language of film and has built a successful career as a film composer. An instinctive musician, she has years of experience working as part of filmmaking teams, helping to craft scenes that support the emotional tone of the film and advance the story.

Wilson has been recognized with many prestigious award nominations for her film score work. A handful of her composing credits include scores for the Cameron Crowe films “Say Anything” (1989), “Jerry Maguire” (1995), “Almost Famous” (2000), “Vanilla Sky” (2001) and “Elizabethtown” (2005).

Wilson will release her debut solo album, titled “You And Me,” via Carry On Music. 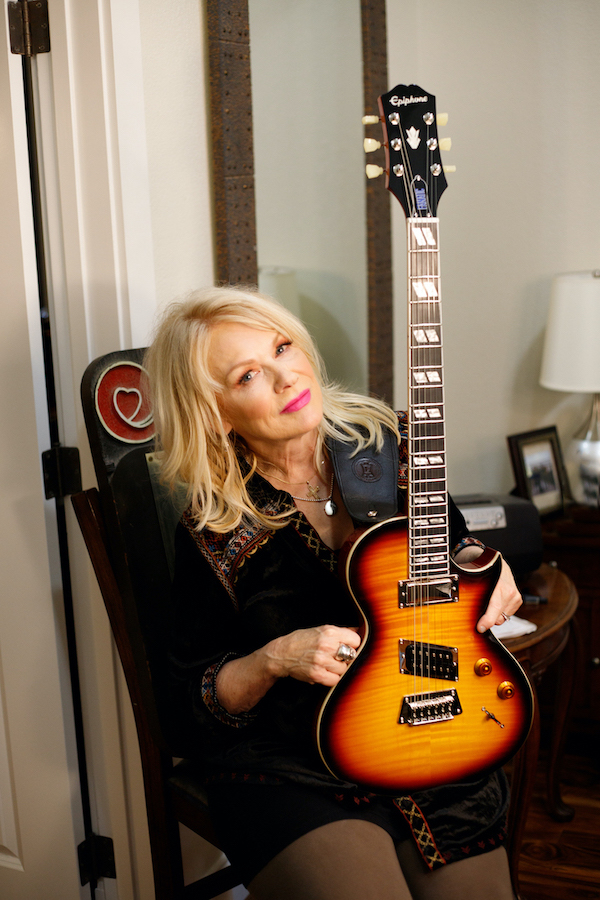