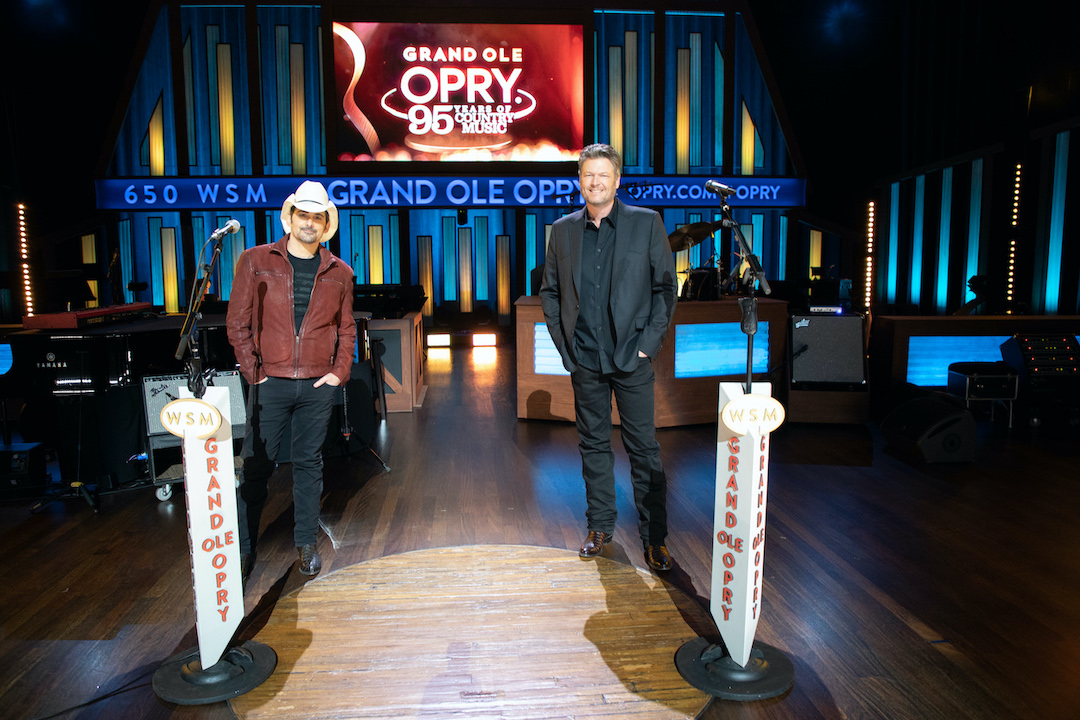 Later that same week, Paisley will celebrate his 20th anniversary as a Grand Ole Opry member. Shelton is marking 10 years as a member.

For almost a century, the Grand Ole Opry has celebrated the past, present and future of country music, showcasing a mix of country legends and the contemporary chart-toppers who have followed in their footsteps. In that same spirit, the anniversary special brings together artists from across generations who share a passion and reverence for the Opry. With country music stars not only performing their biggest hits, but also covering classics from some of the Opry’s most famous members, it will be a unique night of music.

In addition to the performances, the Opry will open its archives that span a period of over nine decades and include interviews, performances and appearances by country artists in all stages of their careers.

Paisley has earned his place in country music history as one of the genre’s most talented and decorated male solo artists. Over the past 20 years, his songwriting and showmanship have won him numerous awards, including three Grammy Awards, two American Music Awards, 14 Country Music Association Awards and 15 Academy of Country Music Awards, among many others. A member of the Grand Ole Opry since Feb. 17, 2001, Paisley has written 21 of his 24 No. 1 hits, and in 2008 became the first artist to achieve 10 consecutive Billboard country airplay No. 1 singles. The 2010 CMA Entertainer of the Year’s past works have amassed over 3.9 billion on-demand streams. Paisley and his wife, Kimberly Williams-Paisley, are co-founders of nonprofit organization the Store, a free-referral based grocery store that aims to empower low-income individuals and families in the Nashville area.

Country Music Association’s 2012 Entertainer of the Year, five-time Male Vocalist of the Year winner and Grammy nominee, Shelton continues to add to his superstar status. With 28 No. 1 singles and a host of Platinum-selling albums and singles, the Grand Ole Opry member (since Oct. 23, 2010) has earned a host of honors throughout his career, including multiple award wins from the Academy of Country Music, Billboard Music Awards, American Music Awards, the People’s Choice Awards and CMT. He has teamed with Ryman Hospitality to open a string of Ole Red entertainment restaurant venues, a nod to his 2001 hit of the same name, in his Oklahoma hometown of Tishomingo, as well as Nashville, Gatlinburg, Tennessee, and, most recently, Orlando, with more locations to follow. Shelton is soon to kick-off season 20 of NBC’s Emmy-winning show “The Voice,” where he has coached seven winners.

Opry presents the best in country music live every week from Nashville. The Opry can be heard at opry.com and wsmonline.com, Opry and WSM mobile apps, SiriusXM, and its flagship home, 650 AM-WSM. The Grand Ole Opry is owned by Ryman Hospitality Properties. For more information, visit opry.com.