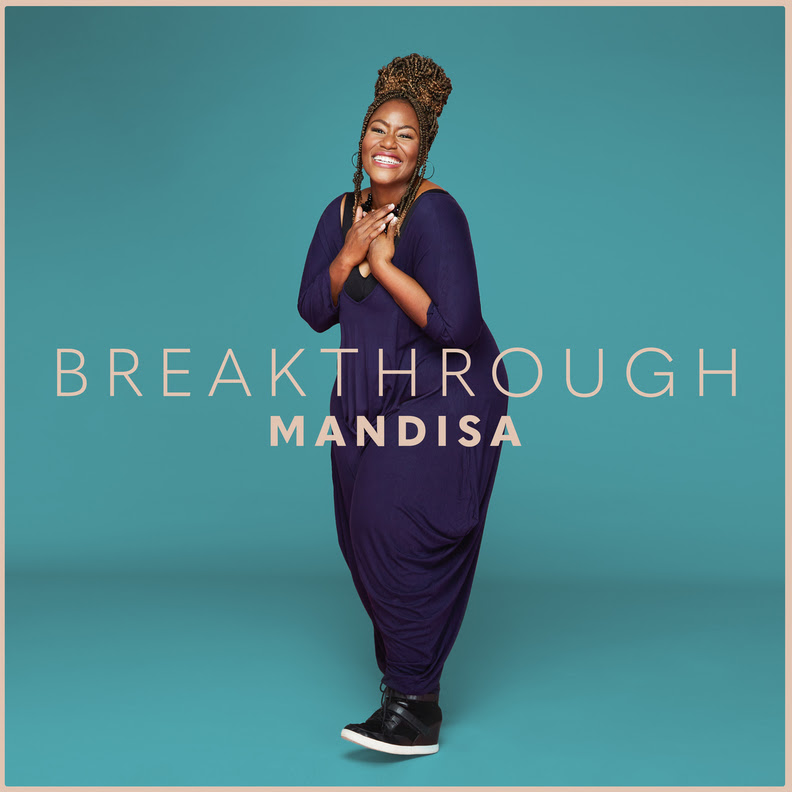 Mandisa kicks off 2021 with 'Breakthrough'

Grammy-winner Mandisa is kicking off 2021 with a brand-new single ideal for the new year: "Breakthrough." The track is available across all DSPs, and a lyric video can be seen here.

The song begins with Mandisa singing, "This is where my heart will beat again, this is where I get set free, this is where your love is calling me; I'm ready, yeah, I'm ready to cross over the line," and continues with even more lyrics that speak boldly to starting fresh and waiting for a breakthrough. She sings she'll "Leave it all behind, nothing's gonna keep me here, oh, until I see a change, I'm lifting up your name, there's freedom in the atmosphere."

In November, Mandisa released the single "It's Not Over," featuring Jasmine Murray and Rita Springer, along with a coinciding lyric video. This track followed her May debut of the single "You Keep Hope Alive," with worship leader and Gotee Recording artist Jon Reddick. Penned by Reddick, a "Unity Version" of the song, featured vocal performances in English, Xhosa, Spanish, Samoan, Italian, Haitian Creole, Tagalong and Mandarin Chinese.

Mandisa is currently working on a worship release for 2021.

With more than 1.6 million records sold, Grammy Award-winner and “American Idol” season five finalist Mandisa is a voice of encouragement and truth to people facing life’s challenges all around the world. In less than a year, she performed her three RIAA-certified Gold hit singles "Overcomer," "Good Morning (feat. TobyMac)" and "Stronger" on ABC’s “Good Morning America.” “Stronger” became an anthem, creating opportunities such as welcoming the emotional return of beloved morning host Robin Roberts and an invitation to perform the national anthem during a Sunday night NFL Network game to kick off Breast Cancer Awareness Month.

Her 2013 Grammy-winning album “Overcomer” debuted at No. 1 on the Billboard Christian albums chart. The title track proved to be a smash at radio and earned the Grammy for Best Contemporary Christian Music Song.

Mandisa, also a 2-time K-LOVE Fan Awards co-host, debuted her latest chart-topping album, “Out Of The Dark,” alongside sharing the moving story of her fight with depression for the very first time, on “GMA.” The 15-track collection includes notables such as the top 5 hits "Unfinished" and "Bleed The Same (feat. TobyMac, Kirk Franklin)."

She released "You Keep Hope Alive" with worship leader and Gotee Recording artist Reddick, and when COVID-19 paused touring, Mandisa immediately took to YouTube to share what was on her heart during “Mornings with Mandisa” sessions, which have now morphed into “Mornings with Mandisa & Friends,” a roundtable discussion covering myriad topics, which takes place via Zoom on the 24th of each month.

In addition, Mandisa has launched “What If We Were Real,” a candid talk show on YouTube hosted by the singer that features a panel of guests and explores relevant subjects not often discussed in church circles.