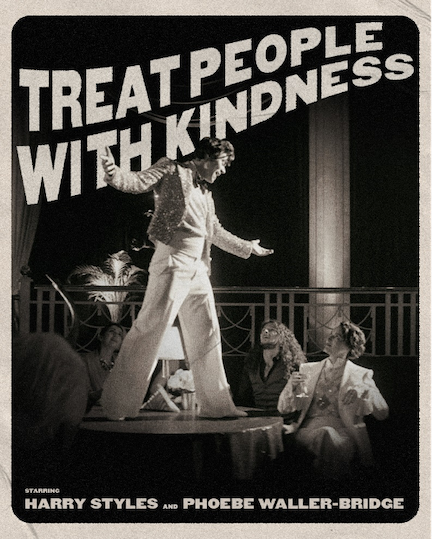 Harry Styles kicked off 2021 by sharing the official video for “Treat People With Kindness.” Watch HERE.

“Treat People With Kindness” was featured on Styles’ two-times-Platinum-certified and Grammy-nominated album “Fine Line,” which debuted at No. 1 on the Billboard 200 upon release and was recently named one of the top 500 albums of all time by Rolling Stone.

“Fine Line” has produced two multi-Platinum No. 1 singles with “Watermelon Sugar” and “Adore You,” which were both nominated for Best Pop Solo Performance and Best Music Video, respectively, by the Grammys last month. Styles also recently released the official video for follow up single “Golden,” which is climbing the charts.