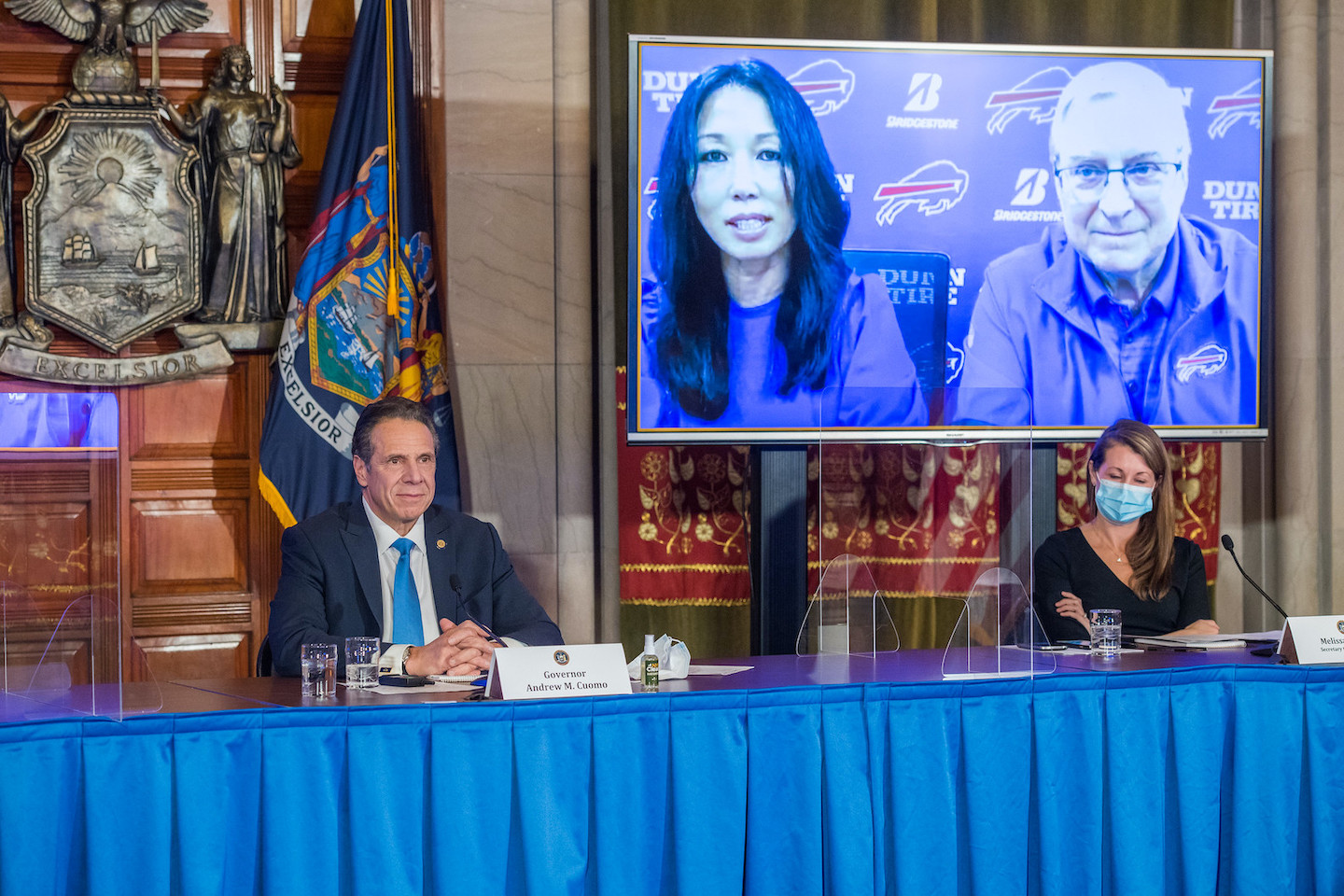 Under final plan, 6,700 fans will be allowed to attend game

Under the pilot, which was developed cooperatively between the Bills, New York state and Bio-Reference Laboratories, 6,700 fans will be allowed to attend the game only after first obtaining a negative COVID-19 test result.

A press release noted, “Contact tracing will also be conducted after the game. This is the first stadium reopening pilot plan in the nation to require these measures and, if successfully implemented, it could serve as a model for reopening entertainment venues across New York.”

"Bills fans have waited decades in order to attend a home playoff game and we have worked to build an innovative pilot program to make that happen safely," Cuomo said. "All season long, the Bills' stellar play has captured a certain energy and charisma that is undoubtedly infectious, but we all need to be smart. We're in control of our destiny and how we act is going to determine what comes next. So while this is a time for excitement and celebration, it's critical that everyone follow the guidelines and practice the safe behaviors we know work. If everyone does their part, I believe this pilot will be successful.

New York State Health Commissioner Dr. Howard Zucker said, "Throughout this pandemic, Gov. Cuomo and the Department of Health have repeatedly researched and instituted metrics to help us manage the spread of this dangerous disease. The public health analysis from this pilot project will help us safely plan for future large gatherings and serve as a model for other states. Regardless of whether you attend in person or not, we urge you to be safe and be smart."

Buffalo Bills' owners Kim and Terry Pegula said, "We know that fans have been waiting 25 years to be able to attend a home playoff game. We thank the governor and his entire team, and BioReference for working diligently with the Bills organization. We all know what needs to be done and we all need to do our part, so do the fans – please remember to be compliant, wear your mask and socially distance.

Under the plan, team staff will control all exit and entry points to the stadium and only fans with a documented negative COVID-19 test will be allowed inside. Testing will be conducted in partnership with BioReference. Once inside the stadium, fans will be required to wear a mask at all times and adhere to strict social distancing protocols. Fans who refuse to comply with these protocols will be removed from the stadium. Ushers will also be present throughout the stadium to ensure all fans are in compliance. As part of the state's review, personnel from the Department of Health traveled to other stadiums outside of New York where similar protocols are in place to confirm their effectiveness.

Tailgating remains banned under this plan and New Yorkers are being reminded to avoid gatherings and parties before, during and after the game as these events are prime for viral spread. 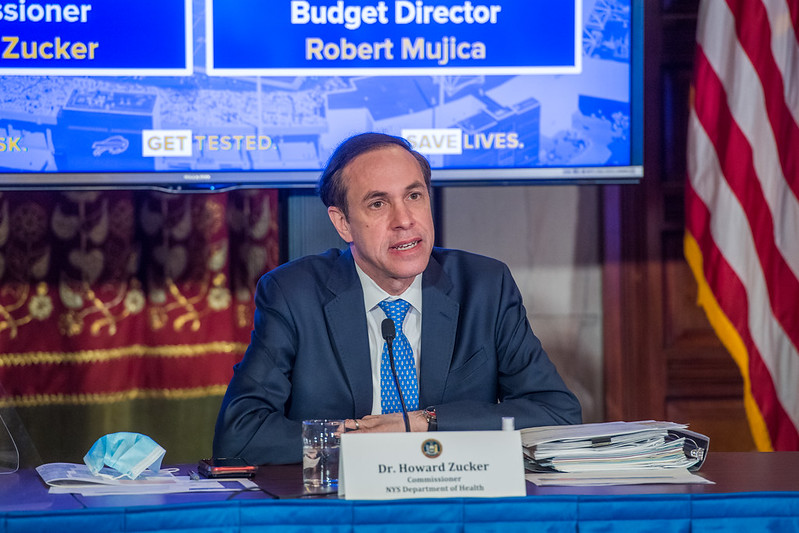 •The county will be providing its usual game-day operations for the first @BuffaloBills home playoff game. No tailgating will be allowed in any lot. Thank you to the team and NYS for coming up with a good plan that will allow COVID-19 negative fans to attend the game. #GoBills!

•All testing operations will have to performed by Bio-reference laboratories. Erie County will not be providing testing or resources for the game. There will be a $63.00 surcharge affiliated with the fee for testing.

•All tickets will be sold through the Buffalo Bills website @buffalobills.com/tickets

•If tail-gating occurs at private lots, it could jeopardize any chances at allowing fans to the next Bills home game, should we advance to the next round of play-offs.

•Concession stands will be available inside the stadium, however there will be no eating or seating in those concession areas. Fans will have to go back to their seat listed on their ticket, to consume their food and beverage that they purchased.

•It is on us to practice proper behavior, as far as no tail-gating outside of the stadium. For fans that are inside the stadium, they must wear their mask at all times (even once they are seated). Failure to do so, could jeopardize allowing fans at any future home play-off game.

•New York State has approved a capacity of 6,700 fans to attend our Wild Card playoff game. #BillsMafia What you need to know: http://bufbills.co/34Wh9mK