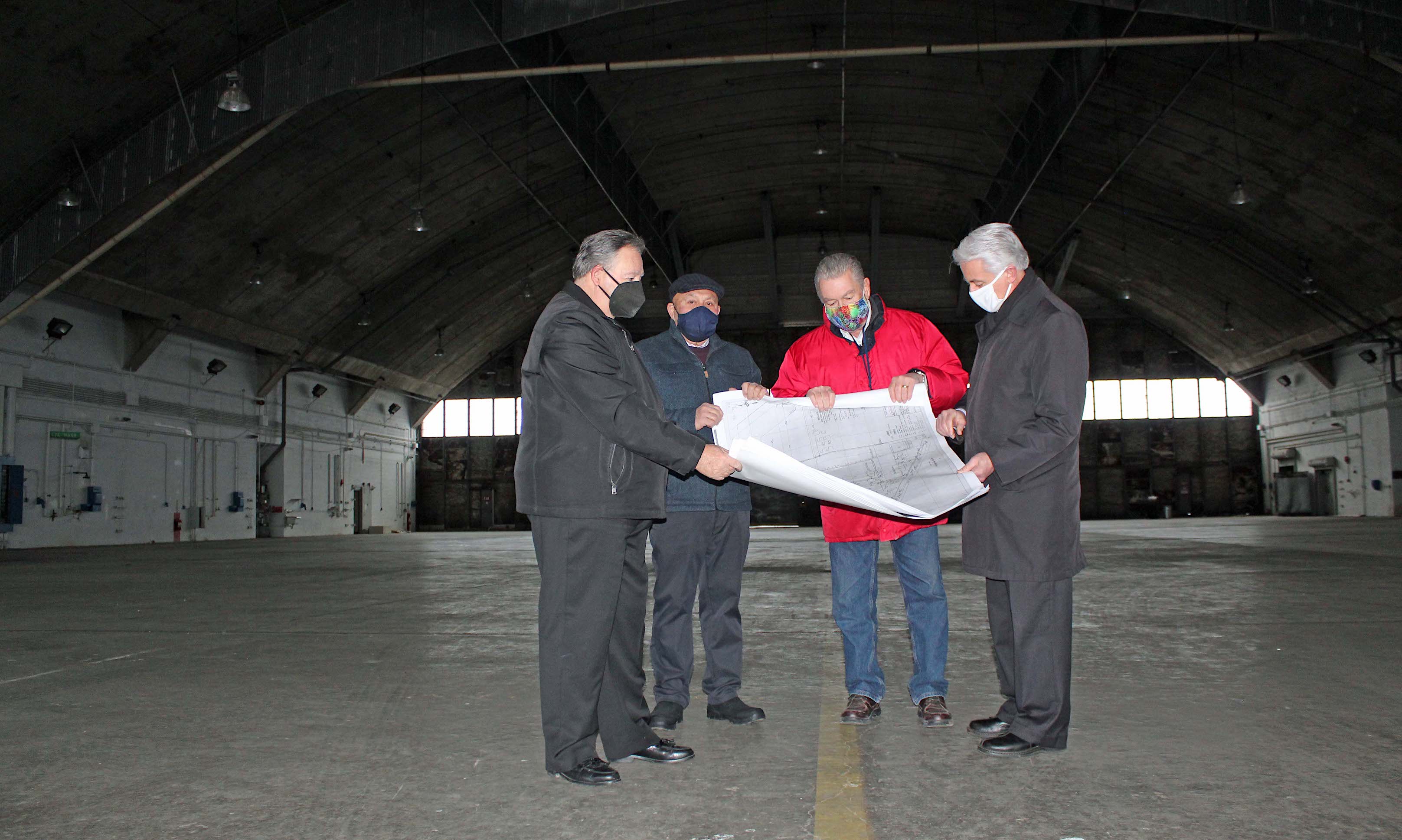 Wallace had previously stated the former U.S. Army Reserve Center had largely been underutilized for many years. After the tour, he said, “It’s a very exciting project. The Town of Niagara, when we first entered into the agreement with the Department of Defense to purchase this facility, back in 2005, we envisioned something of great need and great fortune to the town, and to the county. But never dreamed that it would be something like this. It will change the face of not only the Town of Niagara, but of Niagara County, and will create thousands of jobs. Just a win-win for everyone.”

Those “thousands of jobs” of which Wallace spoke includes not only Stavatti jobs, but also the spin-off jobs that such projects create. Stavatti’s 19.8-acre site will serve as its prototype development, production and aircraft low-rate initial production center (rate, as in volume).

After the tour, Restaino said, “It’s an incredible and impressive building.”

He went on to say he was impressed with the level of detail that was shared with him during the tour, and “I’m excited about the project.”

A feather in the hat of 145th District Assemblyman Morinello, the project came to his region after an extensive 15-month review of responses from over 30 states and three Canadian provinces. Stavatti down-selected the former U.S. Army Reserve Command facility in June and started acquisition.

“It is extremely exciting that Stavatti has chosen the former Army Reserve Center … for their headquarters and manufacturing facilities,” Morinello said. “Our area is famous for airplane development and building, and Stavatti will carry on that proud tradition our area is known for. This project will benefit all of Western New York.”

Simon said he welcomes opportunities to give other such tours to stakeholder representatives.