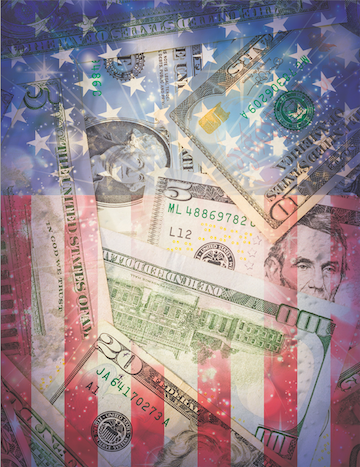 The New York State Department of Labor on Wednesday announced the state’s $15 minimum wage phase-in will continue, with the next stage taking effect Dec. 31. This announcement comes after a statutorily required report by the Division of the Budget found the Upstate, Long Island and Westchester labor markets – where the minimum wage is scheduled to rise – are leading New York’s economic recovery from the downturn caused by the global pandemic. The report found that, just prior to the pandemic, the state had achieved record-low unemployment following four years of increases to the minimum wage.

In addition, the report showed minimum-wage workers need support today, as they were disproportionately impacted by the pandemic’s economic toll, with those earning the minimum wage representing a large portion of the hardest-hit industries, including retail trade and leisure and hospitality.

The minimum wage rose to $15 per hour for companies with 10 or fewer employees in New York City last year and remains at that level. It will rise to $14 per hour on Long Island and in Westchester, and to $12.50 in the rest of the state.

“Even as we continue to battle the pandemic, we are working to build back in an equitable and just way,” Labor Commissioner Roberta Reardon said. “Before this crisis, we achieved record-low unemployment rates while increasing the minimum wage – improving the lives of thousands of New Yorkers – and we will rebuild our economy while continuing to lead the nation in the fight for economic justice. This investment in our workers once again proves that in New York we believe a fair day's work deserves a fair day’s pay.”

The report produced by the Division of the Budget is required by the minimum-wage statute to review the state of the economy in each region and the effect of minimum-wage increases to determine whether increases move forward as scheduled or should be delayed.

Key findings from the Division of the Budget's minimum-wage report include:

√ Just prior to the pandemic, the state achieved a record-low unemployment rate of 3.7% while raising the minimum wage for four years.

√ According to the December edition of the Federal Reserve Beige Book, as employment rebounds Upstate, an employment agency observed: “scattered signs of a pickup in hiring, especially for lower-wage workers” and “particular difficulty in recruiting customer-service representatives.” The agency also noted “a particular upward trend in wages at the lower end of the pay scale.”

The report concluded: Close examination of the available economic data by region suggests that the labor market recoveries on Long Island and in Westchester and the remainder of Upstate are proceeding apace and are not likely to be substantially harmed by the minimum-wage increases scheduled for the end of this year

*Future increases will be based on an indexed schedule to be set by the director of the Division of the Budget in consultation with the Department of Labor following an annual review of the impact.

More information is available at www.ny.gov/minimumwage.

Ortt Not in Favor

Republican New York State Sen. Robert Ortt called the Department of Labor’s decision to move forward with a minimum-wage increase “extremely short-sighted at a time when small’ and mid-sized businesses face state ordered shutdowns and the looming threat of a statewide lockdown by the governor.

“These smaller employers struggle each and every day to keep their doors open, and invested heavily in safety measures to keep their employees and customers safe from COVID-19. The state has done nothing to help them.

“The last thing they need is additional costs at this time, and the last thing they want is to pink slip dedicated employees for Christmas. But instead of pausing this increase as the Senate Republican Conference urged until the end of the pandemic, the state will now force these small employers to make difficult choices. The state wrongly based their decision on pre-pandemic economic success.

“These small employers would have been more than willing to share that success in better times, but the financial fragility caused by COVID-19 and this decision will now put these workers, these small businesses, and New York’s economy at greater risk.”