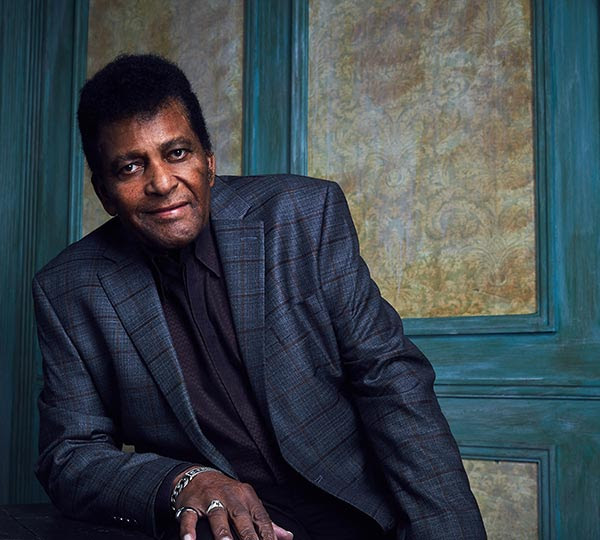 “No person of color had ever done what he has done,” said Darius Rucker in the PBS “American Masters” film “Charley Pride: I’m Just Me.”

Pride was a gifted athlete who, at first, thought baseball would be his path from poverty, labor and strife. But his musical acumen was more impressive than his pitching arm or his hitting skills, and he emerged as one of the most significant artists at RCA Records, with chart-topping hits including “Kiss An Angel Good Mornin’,” “Is Anybody Goin’ to San Antone” and “Mountain of Love.” He won the Country Music Association’s Entertainer of the Year award in 1971, its top male vocalist prize in 1971 and 1972, and a Lifetime Achievement Award in 2020.

His final performance came on Nov. 11, when he sang “Kiss An Angel Good Mornin’” during the CMA Awards show at Nashville’s Music City Center with Jimmie Allen, a modern-day hitmaker who counts Pride among his heroes.

Charley Frank Pride was not the first Black artist to make important contributions to country music – DeFord Bailey was a star of the Grand Ole Opry from 1927 through 1941 – but Pride was a trailblazer who emerged during a time of division and rancor.

After a stint in the Army, time working at a Missouri smelting plant, and some unsuccessful attempts to break into big-league baseball, Pride came to Nashville in 1963 and made demonstration recordings with help from manager Jack Johnson.

Those recordings languished for two years until Johnson met with producer Jack Clement, who offered songs for Pride to learn. On Aug. 16, 1965, Clement produced Pride at RCA Studio B, and the results of that session impressed RCA’s Chet Atkins, who signed Pride to a recording contract.

In 1967, Pride’s recording of Clement’s “Just Between You and Me” broke into country’s Top 10, and Pride quit his job as a smelter. Iron ore was behind him, and Platinum records lay ahead.

“We’re not color blind yet, but we’ve advanced a few paces along the path and I like to think I’ve contributed something to that process,” Pride wrote in his memoir.

Today, Black artists including Allen, Rucker, Mickey Guyton, Rissi Palmer, Rhiannon Giddens, Yola, and others add new chapters to country music’s story. Pride’s impact is evident and important to all of them, and also to every other country performer who builds bridges with melody and sincerity.

Pride escaped the cotton fields, where labor hurt his hands, back and knees. He transcended and ascended through connection. Through fortitude and artistry, he became a member of the Grand Ole Opry and a beloved American icon.

In lieu of flowers, the family asks for donations to The Pride Scholarship at Jesuit College Preparatory School, St. Philips School and Community Center, The Food Bank, or the charity of choice.

“Charley Pride entered the spotlight in the mid-1960s. He became country music’s first Black superstar, in a time of dissension, rancor and disconnection. With a voice for the ages, he fostered understanding, inclusion and connection," said Kyle Young, CEO, Country Music Hall of Fame and Museum. "He became one of the greatest artists in American music history, expanding country music’s audience with his boundless enthusiasm and his masterful vocal tone and phrasing. He is among country music’s most beloved and respected figures, and he found self-expression to be the most crucial political statement. In his autobiography, contemplating his role as a trailblazer and a civil rights pioneer, he wrote, ‘My decision was to sing.’ What a singer. What a legend. What a man.”