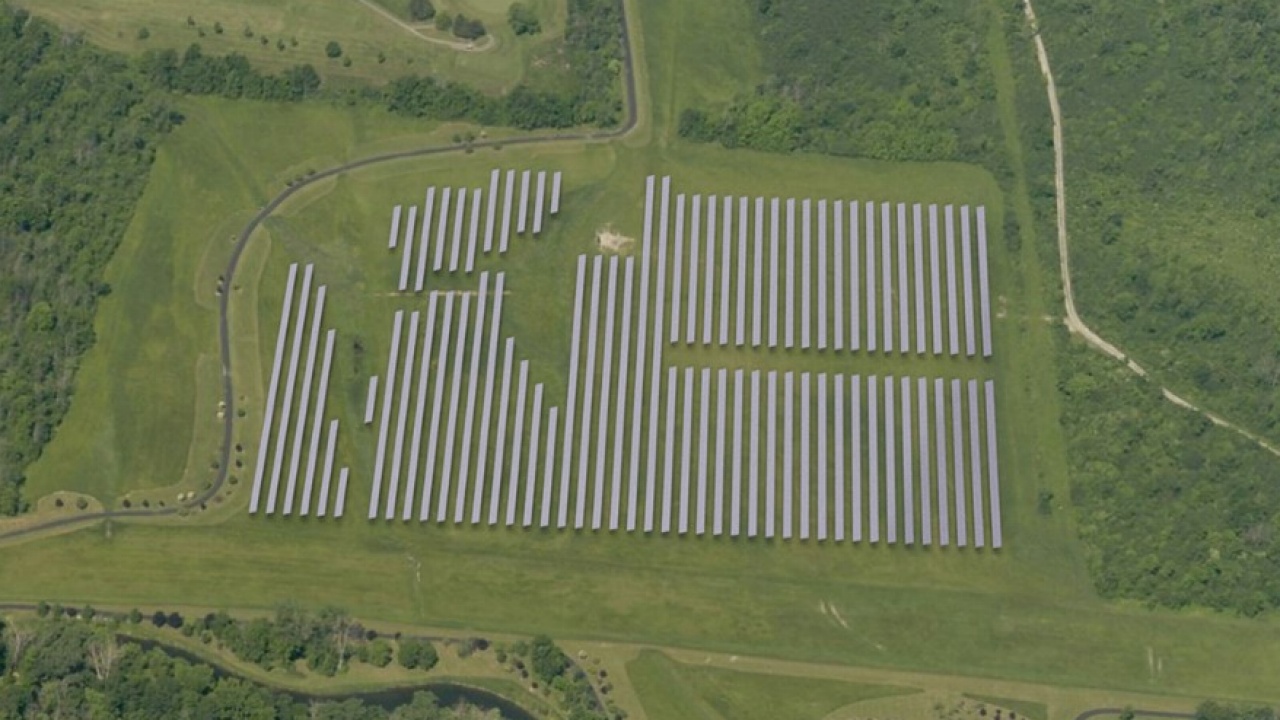 The largest concentration of new solar panels on UB's North Campus will be placed to the east of Millersport Highway on university-owned property in a large field near the Amherst bike path and 9/11 Memorial Grove. (Image courtesy of the University at Buffalo)

The next key phase in a University at Buffalo-led renewable energy project is about to see the light of day, quite literally. Construction will soon begin on multiple ground-mounted solar arrays on UB’s North Campus, advancing UB’s commitment to achieve climate neutrality.

“After a lot of planning, analysis and work, we are looking forward to dramatically increasing the amount of clean energy we generate here at UB for our students, staff and faculty,” said Laura Hubbard, vice president for finance and administration. “In addition to lowering our carbon emissions, this work will assist with decreasing volatility in the energy prices we pay and increase stability in our university budgeting.”

The solar arrays will contain more than 22,600 solar panels producing over 11 million kilowatt hours in the first year of use.

The largest concentration of new solar panels will cover 25 acres to the east of Millersport Highway on university-owned property in a large field near the Amherst bike path, the WBFO radio tower and 9/11 Memorial Grove.

The installation will contain approximately 16,770 solar panels and produce an estimated 8.3 million kilowatt-hours in its first year of use – the equivalent to offsetting the usage of approximately 1,354 homes annually. Over the life of the project, it will reduce the equivalent amount of greenhouse gas emissions that would have been generated by driving a car 348 million miles.

Construction and operation of the solar array will not affect people’s ability to use and/or visit the bike path and memorial grove, as both will remain open and accessible.

A smaller series of solar arrays will cover approximately six acres near the John James Audubon Parkway/I-990 ramp and Bizer Creek. This portion of the initiative will contain 5,850 solar panels and produce approximately 2.9 million kilowatt hours in its first year of use. That’s the equivalent to offsetting the usage of approximately 487 homes annually.

Over the life of the project, it will reduce the equivalent amount of greenhouse gas emissions that would have been generated by driving a car more than 122 million miles.

This project will require the removal of some selected trees – many of which have been infected by the Emerald Ash Beetle – with an equivalent amount of new trees being replanted on the campus.

Buffalo-based solar energy firm Solar Liberty is constructing the ground-mount installations, which will create more than 60 jobs over the life of the project. In addition, the sites will follow the same principle of UB’s award-winning Solar Strand and promote accessibility with no boundary fencing.

Construction of the Millersport solar array is slated to begin in late November or early December and be completed in the spring. The Bizer Creek installation is scheduled to start a few weeks after the Millersport project begins.

Separate on-site projects are being considered at these partner institutions, as well as a larger off-site purchase, with a request for proposals expected to be issued collectively within the next month.

In addition to the ground-mount solar arrays, UB is currently working through structural design with Solar Liberty for a number of rooftop installations. When completed, the initiative’s total on-site solar energy generation will increase campus capacity by 15 times current levels.

To date, UB has reduced its carbon footprint 33% over the past several years, and aims to achieve net-zero emissions by 2030.