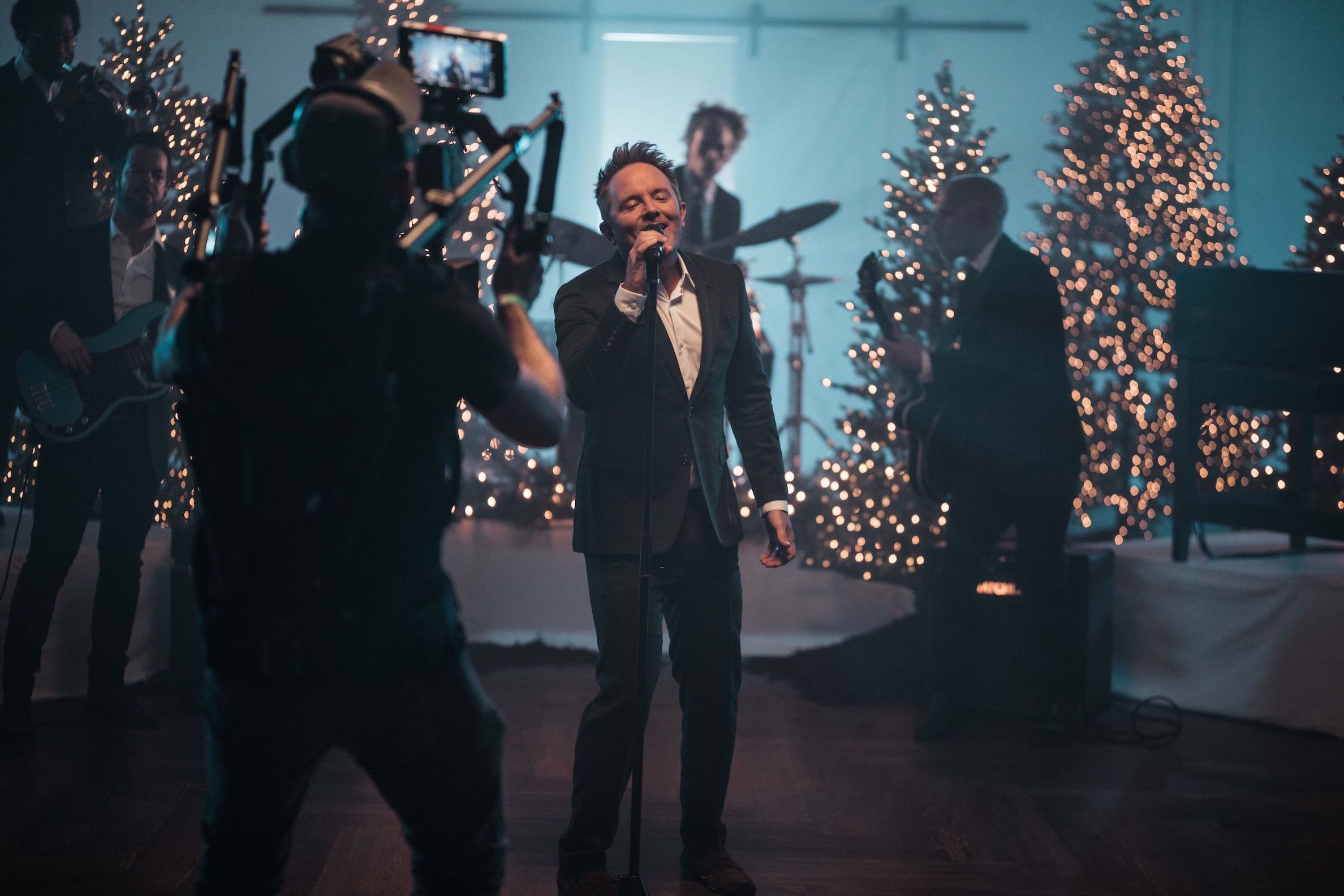 ‘Miracle Of Love’ video out now

With the release of Chris Tomlin’s official video for “Miracle Of Love” on Friday, the Grammy-winning performer becomes the first artist in the Christian genre to exclusively premiere a music video on Facebook. Tomlin now joins the likes of Bon Jovi, Katy Perry, Chris Stapleton, Carrie Underwood and other A-list artists who have also debuted videos with Facebook.

The live performance video was shot in Nashville earlier this month and was directed by Patrick Tohill. Tomlin’s youngest daughter, Madison, age 6, makes a cameo at the beginning of the clip sharing what her Christmas morning will be like this year with a new baby sister. Watch it HERE on Facebook.

Tomlin revealed to People Magazine the inspiration behind the EP’s title track is the new baby he and his wife are expecting to arrive just before Christmas: “Christmas is about celebrating a gift from God, a surprise child for Joseph and Mary, a true ‘Miracle Of Love.’ For me, it is another gift to be able to write a song about the surprise of our third baby girl and the parallel story of the birth of Jesus. As a songwriter, I felt so inspired and loved how each line of the song could have a double meaning.”

Get the EP HERE.

“Miracle Of Love: Christmas Songs of Worship” follows Tomlin’s No. 1 debuting album, “Chris Tomlin & Friends,” released this summer. That project includes 13 tracks with Tomlin featuring superstars Florida Georgia Line, who also executive produced the album; Lady A; Thomas Rhett; as well as several of today’s biggest country music artists, including Russell Dickerson, Chris Lane, RaeLynn, Cassadee Pope and Brett Young; in addition to Bear Rinehart of NEEDTOBREATHE, Blessing Offor and We The Kingdom. The album debuted at No. 1 on Billboard’s Christian albums chart, at No. 5 on Billboard’s digital albums chart, and No. 9 on Billboard’s top current albums chart.

“Chris Tomlin & Friends” includes two songs that hit Spotify’s US Viral 50 chart, “Thank You Lord” and “Who You Are To Me” featuring Lady A, which has reigned at No. 1 for five consecutive weeks on Billboard’s Christian airplay chart. This makes the single Tomlin’s second-longest-running No. 1 after his 14-week run with “Whom Shall I Fear (God of Angel Armies)”

On Saturday, Tomlin will perform on the Grand Ole Opry along with Lady A and Russell Dickerson. The Opry airs on Circle TV, Gray TV stations, DISH Studio Channel 102, Sling TV and other TV affiliates, as well as on streaming partners Roku, Samsung TV Plus, VIZIO FREE Channels and XUMO, and can be heard on SiriusXM as well as the Opry’s flagship home 650 WSM AM and wsmonline.com.

His current radio single featuring Lady A, “Who You Are To Me,” has become his 29th Top 10 single, giving him more Top 10 singles than any other Christian artist. In 2016, he was named one of only four artists ever to receive the Sound Exchange Digital Radio Award (to confirm the only winners still) for over 1 billion digital radio streams, alongside Justin Timberlake, Pitbull and Garth Brooks. Tomlin is also the first Christian artist to reach the Billion streams threshold on Pandora and was presented with its BILLIONAIRE award. His tours have sold-out venues everywhere, including New York City’s Madison Square Garden, Hollywood Bowl in Los Angeles, Nashville’s Bridgestone Arena and Red Rocks.