With an iconic holiday discography spanning more than two decades, Platinum-selling, Grammy-nominated trio Point of Grace recently released their first holiday special. “A Point of Grace Christmas,” showcasing favorites from the group’s four hit seasonal recordings, is available via Amazon Prime as well as on DVD. Additionally, the special is slated to air Dec. 16 (9 p.m. ET) on TBN and is currently streaming on the CBN Family app.

An intimate evening of stories and songs filmed live in Nashville, “A Point of Grace Christmas” includes acoustic renditions of such beloved originals as “Not That Far From Bethlehem,” “Immanuel” and "Candy Cane Lane," alongside Point of Grace’s signature arrangements of “Joy To The World,” “Jingle Bell Rock” and “The Little Drummer Boy,” among other classics.

“It’s hard to believe that in Point of Grace's nearly 30-year career this is our first Christmas special,” Cappillino said. “We were honored to share the spotlight with some of our favorite guests who also happen to be some of our very favorite people. And what a year for this to release! As we are touring significantly less than normal and unable to see much of our audience in person, we are thrilled to offer a concert experience that can be viewed safely at home."

“The three of us have always loved the simple beauty and timeless truthfulness of Christmas music,” Jones added. “We could never have guessed it would play such a significant role in and throughout our career thus far. Because so many of these songs express the foundation of our beliefs – God so loved the world he gave us Jesus – we consider being ‘known’ for our Christmas music quite an honor."

Since the release of their seminal holiday recording, “A Christmas Story,” in 1999, Point of Grace has collectively sold more than 1 million Christmas albums to date. Their seasonal discography also includes “Winter Wonderland” (2005), “Home for the Holidays” (2010) and “Sing Noël” (2017).

Inducted into the Oklahoma Music Hall of Fame in 2018, Point of Grace has released 10 best-selling studio recordings, four Christmas albums and such Christian radio standards as “I’ll Be Believing,” “Keep the Candle Burning,” “Circle of Friends” and “Jesus Will Still Be There.” The group founded the groundbreaking Girls of Grace conference; members appear regularly on the historic Grand Ole Opry stage; and they have authored multiple books. The trio’s latest title, “How You Live: Lessons Learned from Point of Grace” (B&H Books), released earlier this fall. 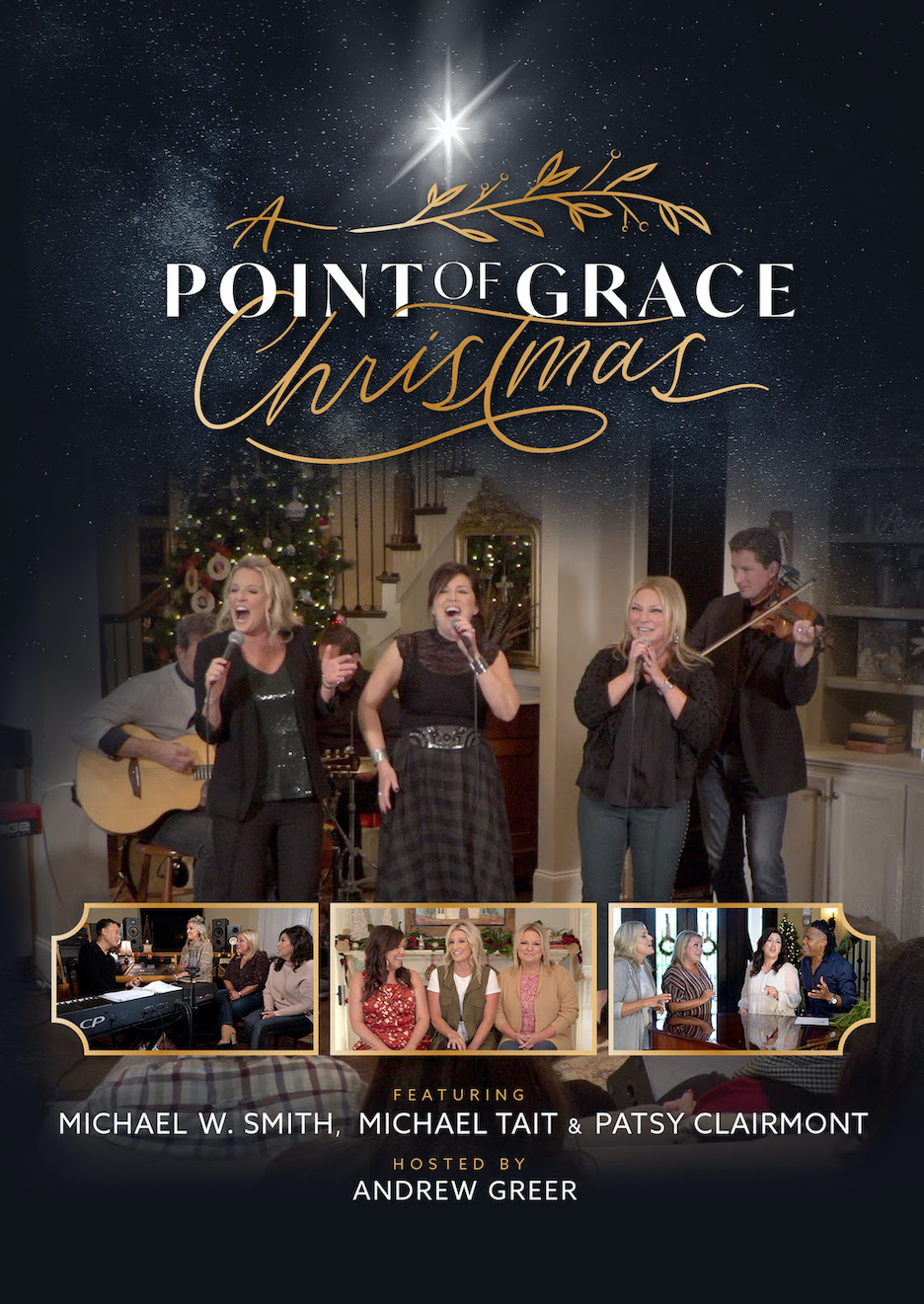