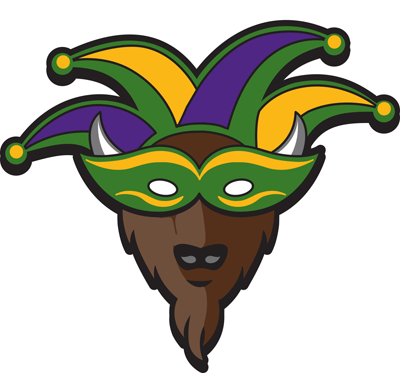 The Big Easy in Buffalo announced the next four concerts in its new local music series featuring some of Western New York’s top local bands that have that New Orleans spirit. The shows will be live-streamed at www.facebook.com/TheBigEasyInBuffalo. The shows, all with 5:30 p.m. start times, are:

“The Big Easy in Buffalo normally features local bands as opening acts for the New Orleans bands we bring to town as part of our series, but because of the pandemic we decided to shine a spotlight on our great area bands by launching a local music series in September,” Artistic/Executive Director Tod A. Kniazuk said. “Those first nine shows have been viewed over 9,400 times online and provided paid gigs for 45 local musicians and crew, so we decided to keep it going as a monthly series into 2021.”

All shows will be live streamed from Duende at Silo City thanks to buffalo.fm. The live-streams of the shows are free of charge, though tips for the bands are strongly encouraged. The live streams will be posted at www.facebook.com/TheBigEasyInBuffalo, as are frequent live streams from New Orleans artists. Past shows in the local music series are also available on the Facebook page for viewing. Limited free-of-charge in-person attendance is also being planned, though it is dependent on state guidance at the time of the show; the concert’s Facebook event page for will provide updated information leading up to each show.

“Despite the impossibility of bringing artists from Louisiana to town right now, The Big Easy in Buffalo’s mission of supporting artists and bringing Western New York the sounds and culture of New Orleans continues; we’re proud to be able to support these great local bands who are experiencing losses due to the coronavirus shutdown,” Kniazuk said.

Since 2007, The Big Easy in Buffalo has brought New Orleans and Louisiana music and culture to the Western New York region several times a year for free and low-cost live performance, as well as music education and mentoring for local musicians, students and the community. Through The Big Easy in Buffalo, thousands of students, dozens of local bands, and countless audience members in Western New York have been exposed to this unique American culture.