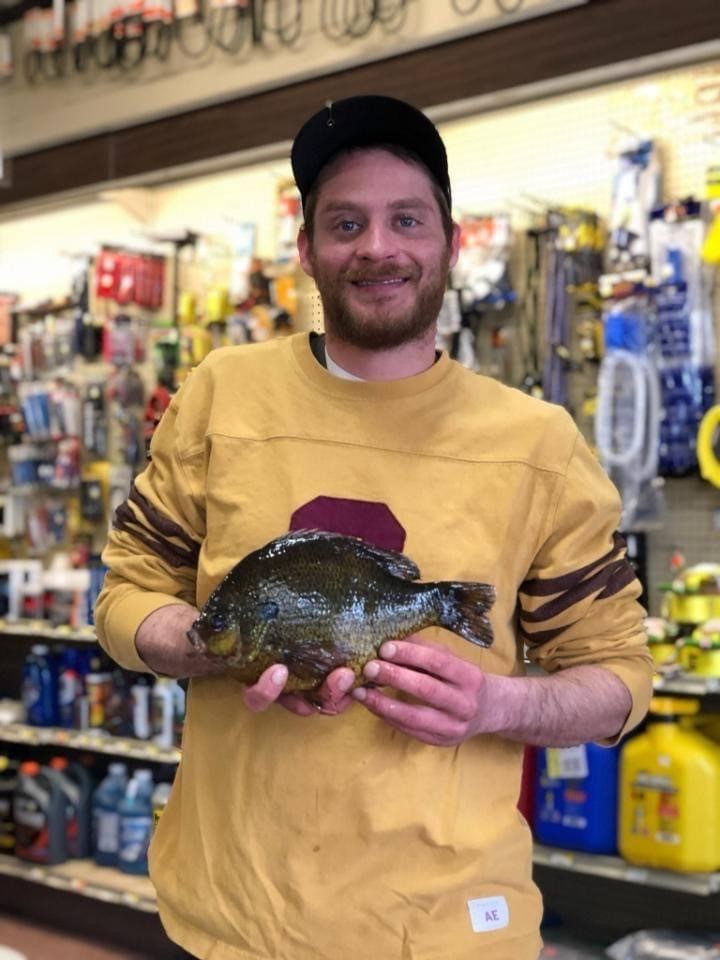 New York State Department of Environmental Conservation Commissioner Basil Seggos announced the state record for a pumpkinseed was officially tied by a catch on the Black River earlier this year.

“It took some time, but I want to personally congratulate Jordan Tontarski, the angler who caught the pumpkinseed last winter in Jefferson County, tying a state record set 25 years ago,” Seggos said. “New York has some of the most outstanding year-round angling opportunities in the nation and we encourage residents and visitors alike to enjoy this relaxing and family-friendly sport.”

Tontarski caught the pumpkinseed last January while ice fishing on the Black River near Watertown. He had a feeling his catch would be a contender in the New York State Winter Classic Fishing Tournament and brought the fish to Chaumont Hardware for an official weigh-in. It came in at 1 pound, 9 ounces, with physical features of both pumpkinseed and the bluegill sunfish species.

Tontarski brought the fish to DEC’s Region 6 Office for biologists to examine, but the verdict remained inconclusive. Seeking a final answer, he drove his mystery sunfish across the state to Albany for identification by ichthyologists at the New York State Museum. The recently completed DNA test concluded the fish was a pure pumpkinseed, officially tying the state record set in 1994 by R. Kennard Mosher in Indian Lake, Hamilton County.

A photo of the record fish is posted on the New York State Freshwater Fishing Records page of DEC's website.

For more information about the Angler Achievement Awards Program, including a downloadable application form, go to DEC's website. Program details and an official entry form can also be found in DEC's current Freshwater Fishing Regulations Guide. For additional information on the Angler Achievement Awards Program, call 518-402-8891 or email [email protected].